So I meant to have a post up here every night after the day’s events. However, when the hotel’s internet is flaky at best and coming back after talking and running around all day makes you want to just sleep, it becomes a little hard. However, if any of you are following the @demo_ken Twitter account, you’ll have seen lots of pictures and updates during the con. I’ll lay out the main events and things of note below the cut. 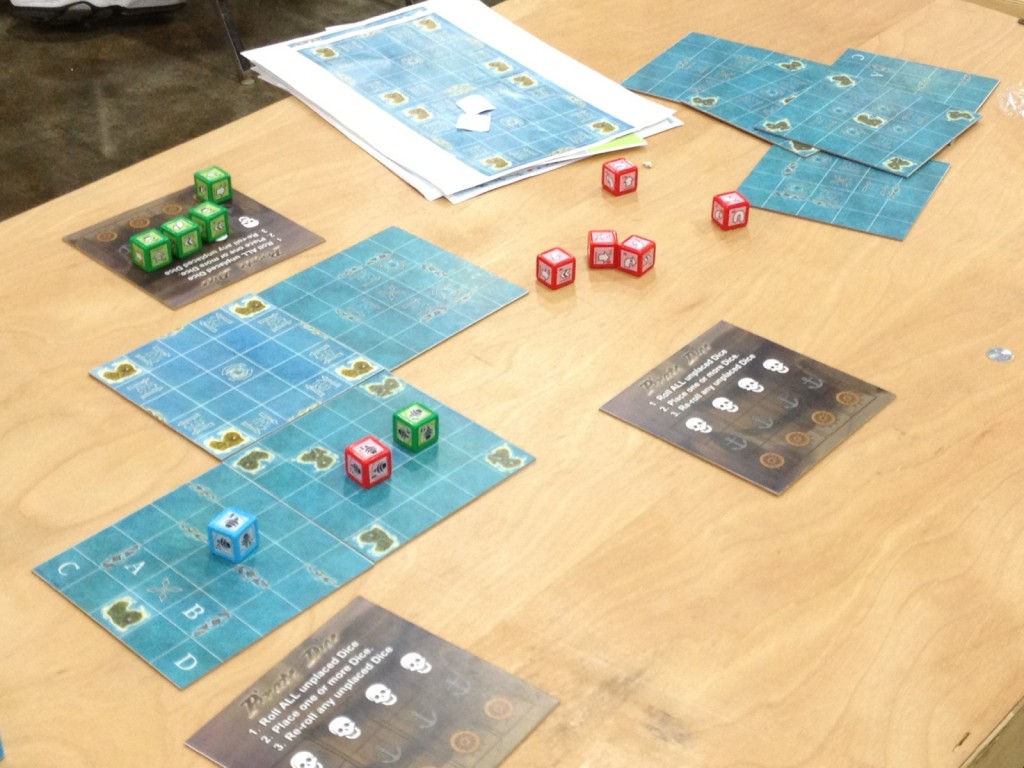 Pirate Dice was being shown off, and it’s on Kickstarter right now. It looks like an awesome game with some nice racing elements. I’d suggest you check it out, and the game is already funded. I’ll certainly be backing it and can’t wait to see the final product. 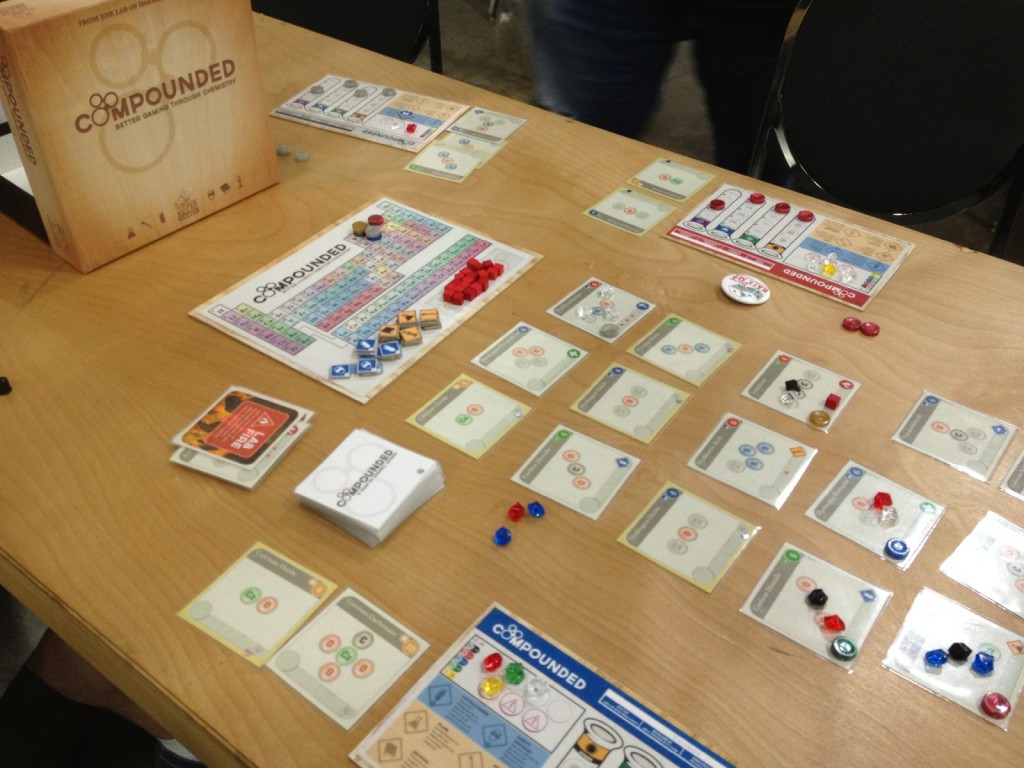 I got to try out a game that’s coming out early next year called Compounded. I’ll be doing a full review later, but the short version is that it’s a board game based on chemistry and does both really well. I already figured I’d get it because I enjoy chemistry, but two rounds in I knew I’d be one of the first people to Kickstart it when it goes up early next year. 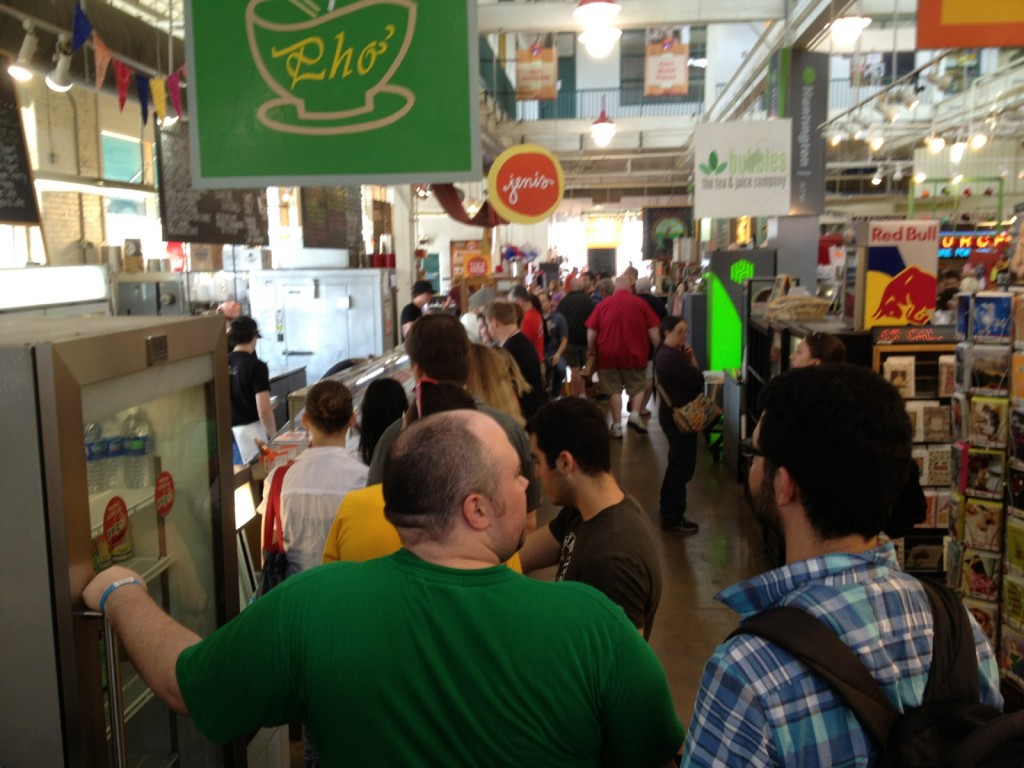 Went by the North Market to have some non-convention food, and found a bit of a line at Jeni’s Ice Cream. Took about 15-20 minutes to get through the line, and I’ve have waited 30 minutes or more. If you went to Origins and didn’t have Jeni’s, make a point to do it next year. I got to introduce two good friends to it this year, and next year I’m sure they’ll be back for more amazing ice cream. 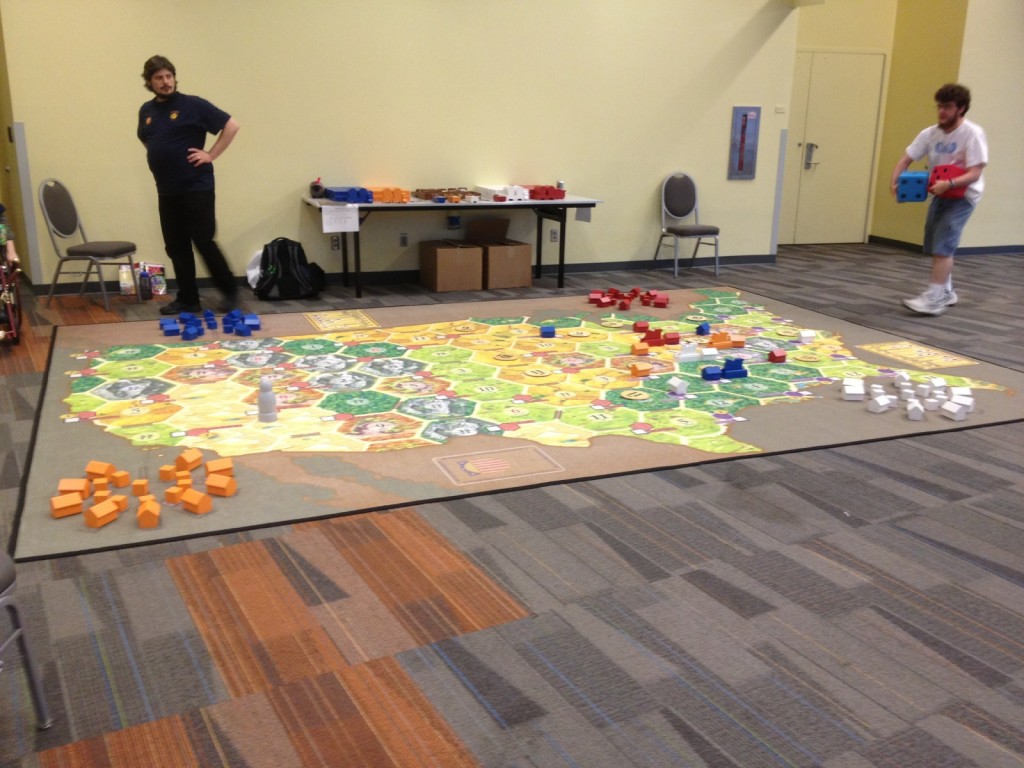 Mayfair Games set up their usual giant games. This is giant Settlers of America, with a board that is 18 feet wide. The robber you see near the west coast is around 10 inches tall and is solid maple. A very impressive set. Now I need to find a much larger house where I can set this up permanently. 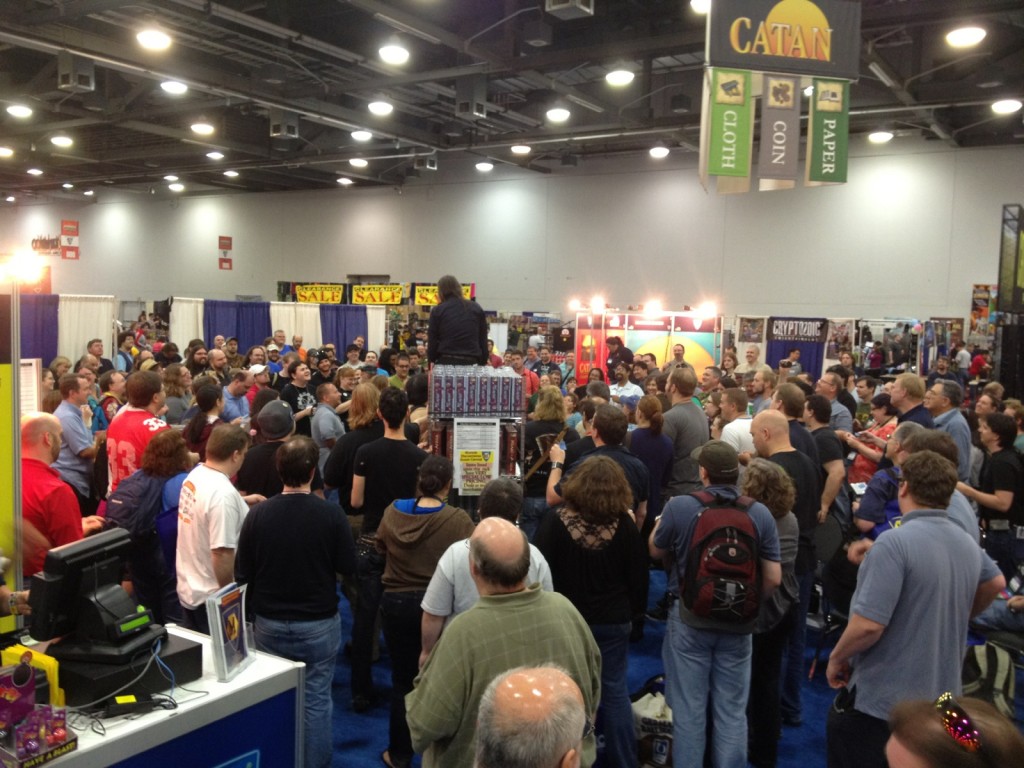 Mayfair did their usual giveaway at the end of the convention. They gave away a collector’s edition of Settlers of Catan as well as a Mayfair rolling duffel bag filled with games. Shame that since I was volunteering for Mayfair, I couldn’t enter the raffle. Oh well, I had a blast anyway. 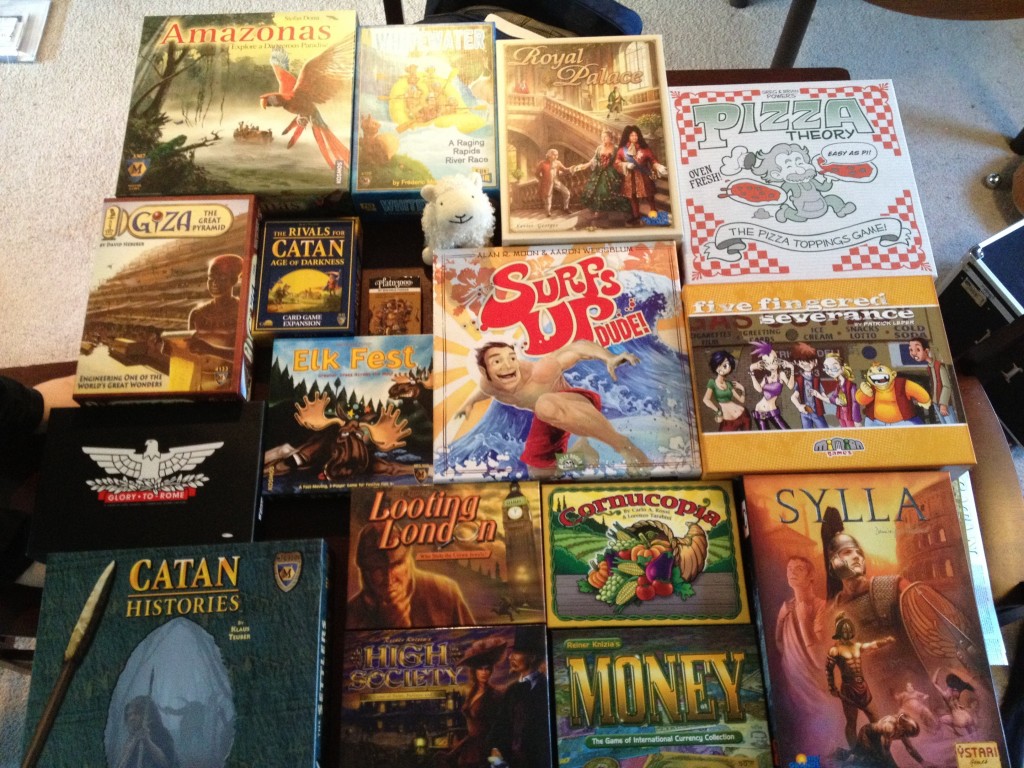 Games I brought back

And finally the games I got and brought back. There’s a lot here, thanks to Mayfair Games, Eagle & Gryphon Games, Cambridge Games Factory, Columbus Area Boardgaming Society, and everyone who went to the convention. I’m glad I got to teach lots of games, play some new ones, and have such a great time. Next stop: AnCon!