Twovember – It’s not a typo

In the entire month of October, I played grand total of three games one time each. That’s it. It was a busy month, admittedly, but it’s a new day… er, month, so I figure why not change that pattern.

Here is my thinking:

1. My wife and I haven’t played much in the way of games in some time
2. We have a decent number of games that only work with two players

So, I figured that Two should be part of it. It’s November. Hence, Twovember!

Yesterday we played three games that were both new to us and a lot of fun. 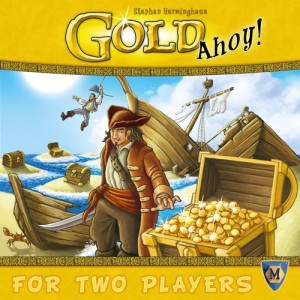 Gold Ahoy is a two player tile laying game where players are trying to get the most treasure. The treasure on each tile is either in the water or on land, but if your opponent has more paths to it from their side of the board, they get to claim it. Certainly a light game, but it was fun and a great starter game for the evening. This could be a little simple for adults, but for gamers with children of their own or nieces and nephews, Gold Ahoy could be a great fit. 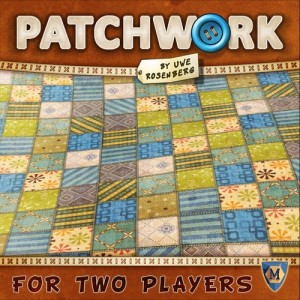 Patchwork is a game that caught my eye at BGG.Con 2014 because my wife is a crafter. She enjoys sewing, knitting, felting, and spinning, and making a quilt in a board game seemed like it could be a great fit. My only regret with this game is not getting it to the table sooner. The Tetris-like piece fitting and planning is a great touch, but the time aspect of the game makes it shine for me. When you add a piece of cloth to your quilt, you move your marker on the time track. Whichever player is farther behind gets the next turn, which may result in one player taking several turns in a row if they plan for it. A star of a game and one I see getting to the table a lot more this month. 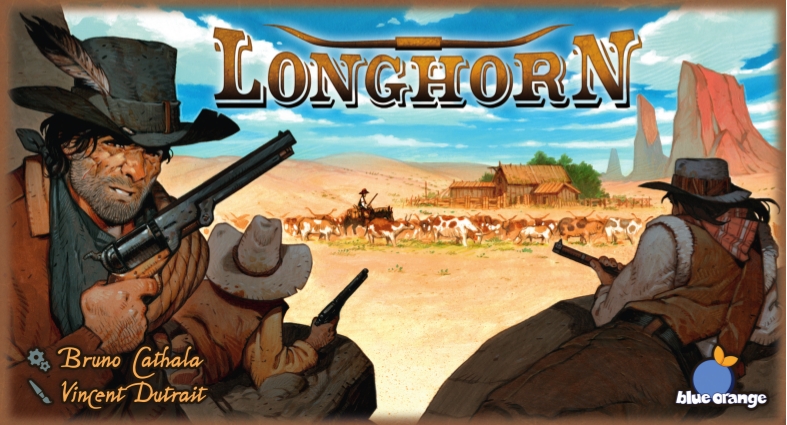 Longhorn is one of the most over-produced games I’ve seen that wasn’t from Fantasy Flight. There are nine large boards, thirty-six cow shaped pieces (mooples, if you will), and a very large token to mark turn and location, all in a rather small box. The gameplay is simple but interesting. You take a color of cow from the current location, then move the marker that many spaces to set up the next player to do the same. If you ever take the last cow from a space, you activate the special action, which can be taking another turn to getting gold nuggets or other events. The game is easy to learn, the large number of actions makes each game unique, and the gameplay is very interesting but quick. A great little thinky game that should see more play this month.

We had a great time last night and the plan is to play a two player game every day this month. They don’t have to be only two player, or new to us, or short, but the games that are will move higher on the list. I want to try to do a write up about each game on the following day as well. It’s not going to be a full write up exploring every facet of the games, but it’ll help keep me writing. Feel free to join in on social media using the hashtag #Twovember or follow along on my Instagram, Twitter, or Facebook.