A little too quiet…

It’s been a while since I posted, and there are a few reasons for that. I’m not gone, still playing games when I can, but let’s talk about what I have been playing. Not full reviews, but a shotgun approach to talking about games.

I have not played much in the last month, but what I have played, I’ve enjoyed. 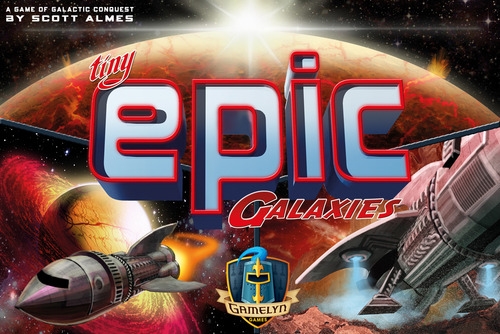 Tiny Epic Galaxies – I really enjoyed finally seeing the production quality in this game. The design is great and the game play is still solid, as is expected from Scott Almes. The game can run a little long on your first play, a lot long if it’s everyone’s first play, but the gameplay has some interesting mechanics. Being able to follow what other people do out of turn really helps to make this game unique. The components are gorgeous, the art is lovely, and the game is a blast! (Ha ha!) Certainly worth a look if you enjoy games with action selection with a bit of luck thrown in. 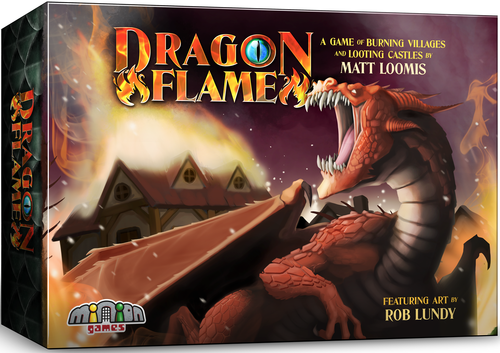 DragonFlame – I got this as a review copy from the fine folks over at Minion Games and they have a really interesting option denial game. In DragonFlame, you play cards to one of a number of castles, which then get selected and players have to take all of the cards that go with that castle. Some cards are face up, some are face down, making it a little bit of a guessing game with your opponents. Maximizing the points you get while trying to restrict your opponents from doing the same made the game really fun to play and makes replays dangerous. Knowing that a player in the last game bluffed a lot, will they bluff again this game? 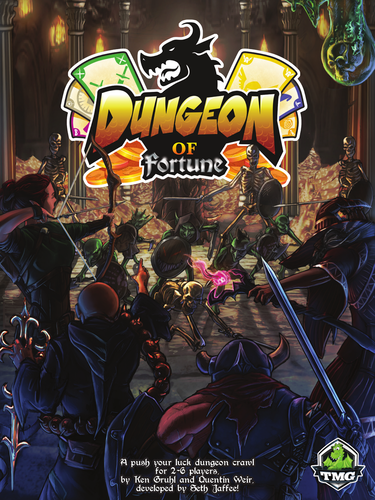 Dungeon of Fortune – I haven’t played Dungeon Roll (but I do own it), so I can’t compare it to that, but I really enjoyed this card based dungeon crawling game. There’s a push your luck aspect with going deeper into the dungeon and a resource management aspect with using your party for its full potential. Watching another player go down in flames is always a possibility, but it also means you could be the next dragon’s meal. One rule about scrolls did not make it into the final rulebook, but you can get the details here. 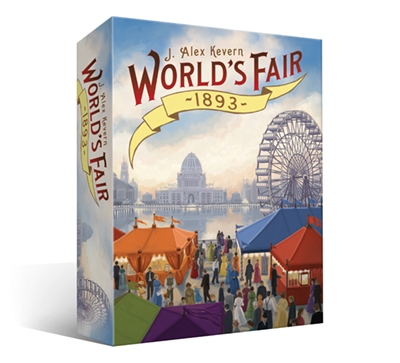 World’s Fair 1893 – This is the second game from Foxtrot, and I think they have another hit on their hands after Lanterns. The World’s Fair is a great topic, one I actually studied in high school as one of my teachers was a huge fan. The game play is really well done with the benefits of different actions varying between immediate points, more long term points, or making the game one step closer to the end. It’s still up on Kickstarter and has a week to go. The final art is perfect for the theme and the little details make this game shine. 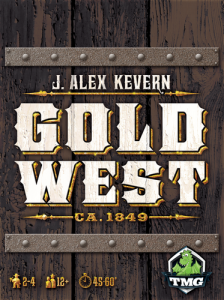 Gold West – Another review copy, this time provided by Tasty Minstrel Games. This game combines a mancala inspired resource track with staking claims on hexes on the board. The pieces in this game are chunky and feel great, while the rulebook is well written and covers each detail well. I enjoyed the game, even if I didn’t do well, because each turn felt like I was doing something important for the next turn, but also planning for down the line. Limited turns puts pressure on the players to make the best of each turn and use their resources wisely. I can’t wait to try the game again. 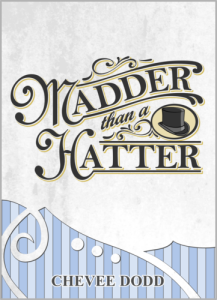 Madder Than a Hatter

Madder Than a Hatter – Chevee Dodd’s latest free game from Gen Con is about being the owner of a hat shop. This simple card game about trying to have either only one of a kind of all four for a monopoly makes the game interesting. Giving hats to opponents may seem to cost them points at the time, but it may go on to give them points. Of course, you have to play a hat to someone’s collection each turn, so where you should play each hat makes the game work. The YouTube series and blog posts that Chevee did about making the game was a really interesting view into his game design process, and one I thoroughly enjoyed. 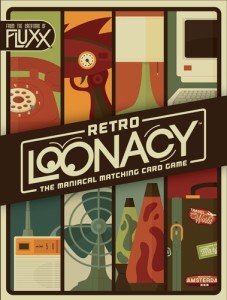 Retro Loonacy – At the core, this is a matching game where every player is trying to get rid of the cards in their hand by playing a card to a pile with a matching icon. Each card has two icons, though, so figuring out which icons you have and where they go make this a frantically fun game. It’s similar to other real time matching games, but the Retro coloring and selection of items is fun and helps the game stand out. It’s not deep or terribly strategic, but it’s a great five minute game that is easy to teach and enjoyable for everyone.

Overall, a lot of fun games that I want to get to the table more. A wide variety of themes and styles for what I’ve played lately, but still enjoyable and fun. Now to just get to playing them more often!