Look how they shine for you! – A preview of GemPacked Cards

I met Eduardo Baraf at Gen Con last year where we talked about Lift Off! Get me off this Planet! This year, he had something that was just as eye catching, but was a bit cuter. Let’s look at GemPacked Cards. 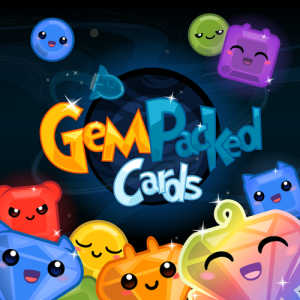 GemPacked Cards is a set collection game with a bit of long term planning mixed in. Players start the game with only Gemino pips, the simplest form of each type of gem. On their turn, a player can combine two pips to collect one of the available Squares in play of the appropriate color. Squares are worth points, but can also be combined in pairs to make Diamonds, which are worth more points. Players may also trade in sets of pips, squares, or a set of specific types of gems to complete one of several Rocket cards on the table. Let’s look at the set up for a three player game. NOTE: These are images taken from the free Print and Play files up on the Kickstarter page. 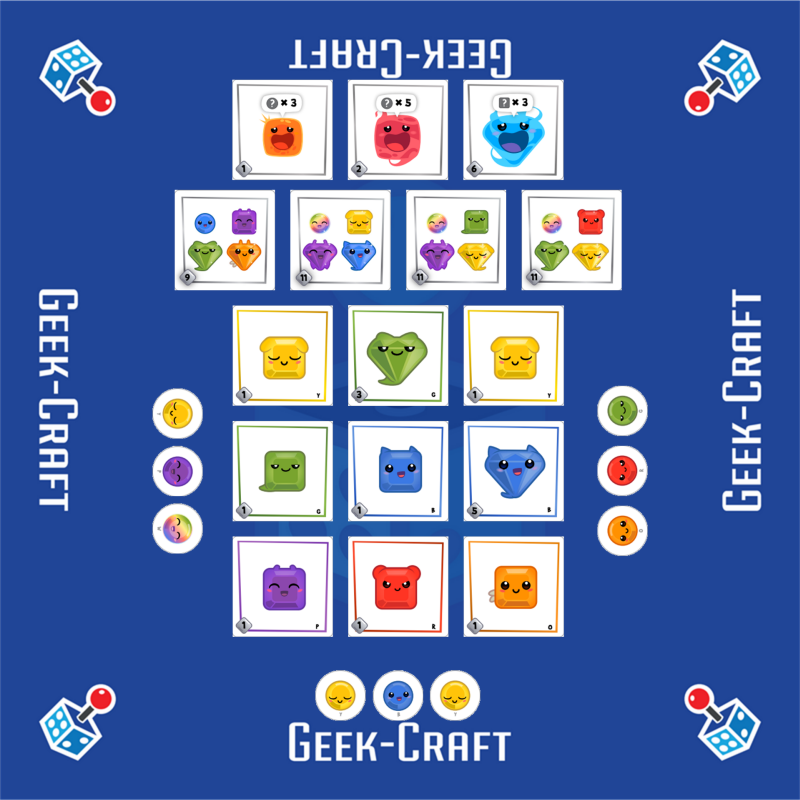 Players will draw pips from the bag, then can do several actions on their turn. They can combine pips into squares if the color formula works. For example, in the above setup, I could use my yellow pips to collect the yellow square or use a yellow pip and a blue pip to collect the green square. All squares are worth one point, but the diamonds that can be obtained with them vary in points. Primary colors of diamonds are worth five points, where secondary colors are worth three. This is because to make a blue diamond, a player must use four blue pips. To make a green diamond, they can use yellow, green, and blue pips to get the appropriate squares. Players can also break down their squares into appropriate pips on their turn in order to collect other squares on the board which may be more useful. 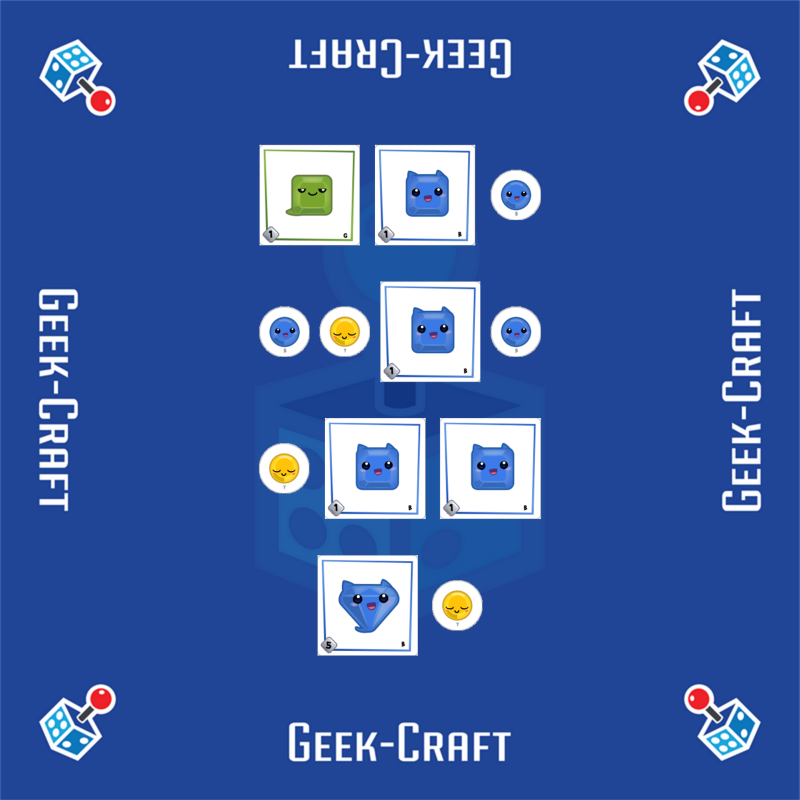 Though I’ve only played GemPacked Cards with three players, I really see the potential. The different ways to combine colors is simple enough for a kid to pick up, but still can be planned around for more serious gamers. There can be a lot of options on a player’s turn, which can slow down the game. However, given that there is no hidden information, players can assist each other with their turns. This makes the game feel friendly and while there is a single winner in the end, the game would work really well with families and children. Parents can certainly play to their full ability and can help the children playing, resulting in everyone having fun. There is also an educational component to this game, though it is a small one. The combining of primary colors into secondary and the reverse breakdown could help kids learn color theory a little.

GemPacked Cards may appear to just be really cute, but there’s a unique puzzle game beneath the surface. There are several ways to combine or break down the pieces in the game. These various paths make the players think about what they can do with what they have. There can be a little too much thinking for some players, especially young ones, but the lack of hidden information allows players to help each other. Despite being all about colors, there are letters on all components and different expressions for each color, helping the game be accessible for colorblind players. I really enjoy this lighter, very colorful game. If it looks like something you’d enjoy, check out their Kickstarter here! 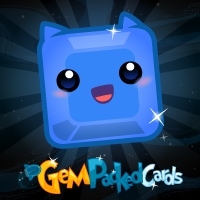