Once Upon A Time… – A Preview of Roguebook

As much as I like my board games, there are some digital games that really have a board game feel. Roguebook will launch on June 24th, but I got a preview version to check the game out. It’s a deck-building and dungeon crawling game set in a storybook where you fill in parts. Let’s see if the game is all write. 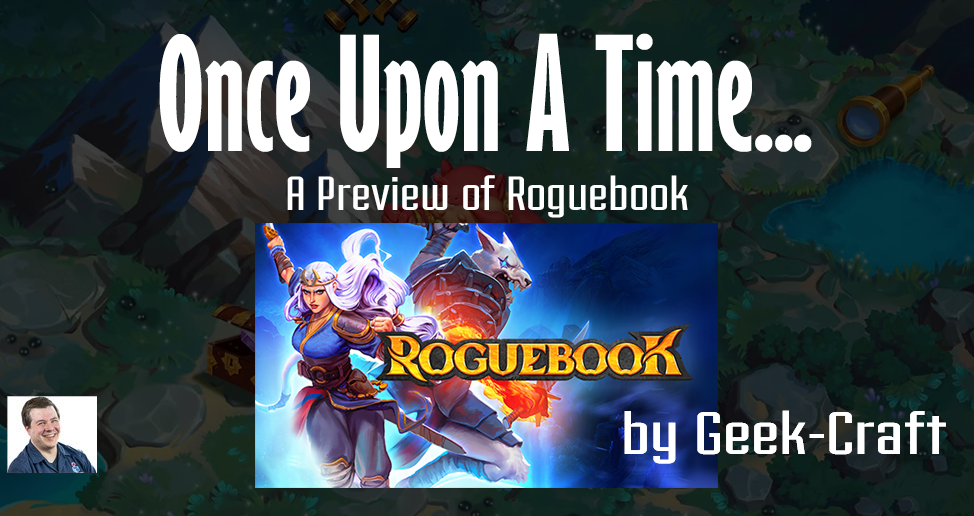 I’m a big fan of Slay the Spire and other digital deck-building games. It’s something where you can automate the bookkeeping aspects and add in things you can’t really do in a physical format. They also offer a lot of replayability with character unlocks, tech trees, and story aspects.

Roguebook is part deck builder, part combat, and part dungeon crawler. In the game, you take on the role of two characters of your choosing. In the demo, I only had access to two characters, but you’ll end up getting access to four. These characters each play differently, so there are six different combinations to work with at the start.

When you start the game as your newly paired duo, you’ll see a hex grid where a path will be filled in from the start to the first boss. There will likely be a few regular baddies along that path. When you start a fight, you’ll face off against the bad guys with your two characters and your deck. Each turn you’ll draw cards and spend energy to play them – just like many deckbuilding games. You’ll work to beat the bad guys without taking too much damage, and when you win, you’ll get gold and possibly some ink or brushes. The pages of the Roguebook aren’t filled in, so you can spend the ink and brushes you earn to explore the pages and find more gold, more fights, and many other resources. Part of the charm and what makes this game unique is that exploration aspect. I do feel that they could explain things a little better in terms of how to move around the map and what the spots mean, but it’s also about exploring, so maybe I’m asking for too much hand-holding. 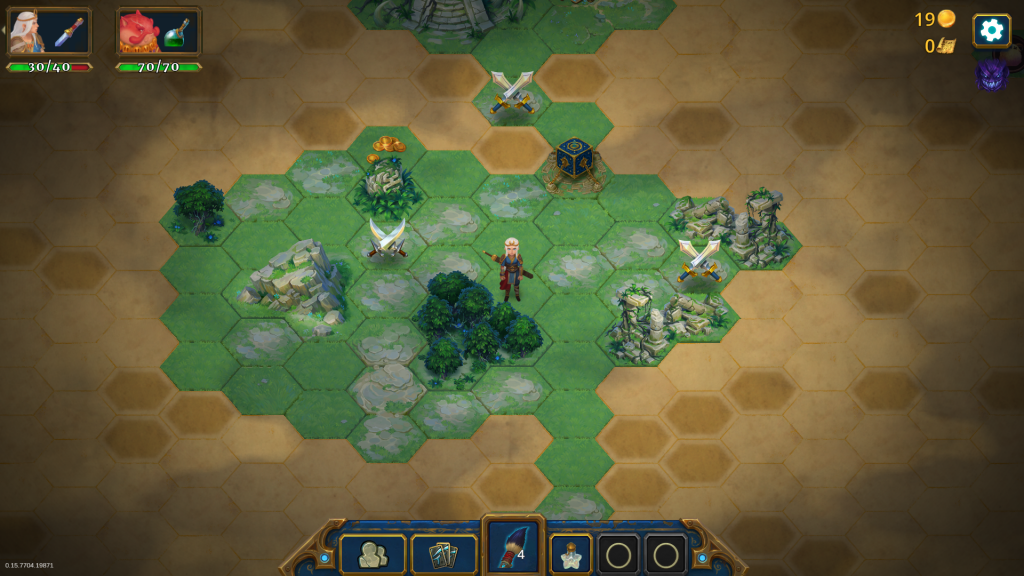 One of the parts I enjoy most about this game that I haven’t seen in other similar games is the direct modification of the cards. Cards have one or more slots for gems which can add damage, blocking, or other effects. This allows the game to be very unique with each run and allows you to build several different strategies even with the same characters.

The game is challenging, and I enjoy that aspect of this kind of game. It doesn’t let you win, and every defeat makes you consider what you could do differently. I enjoy playing this, even if I don’t always do well.

I am playing on a laptop, so this may be partially on my end, but the game didn’t run the best. Once I turned down the resolution and visuals a little, it was better, but given that there isn’t a full 3D rendered world, I’m surprised that I can’t run it at high resolution. I also encountered a couple of bugs where playing certain cards would cause the game to crash. However, this is an early build and they can still patch these issues. I have been playing on my computer, but as the game is coming out on Switch, I’m excited to see it there. It seems like a great game to pick up and play.

Overall, I enjoy the game. I think the world exploration part is well done and I appreciate the art and style of the game. The enemies are interesting and strategies have to shift based on the characters you are playing, the deck you have built, and the state of the game. 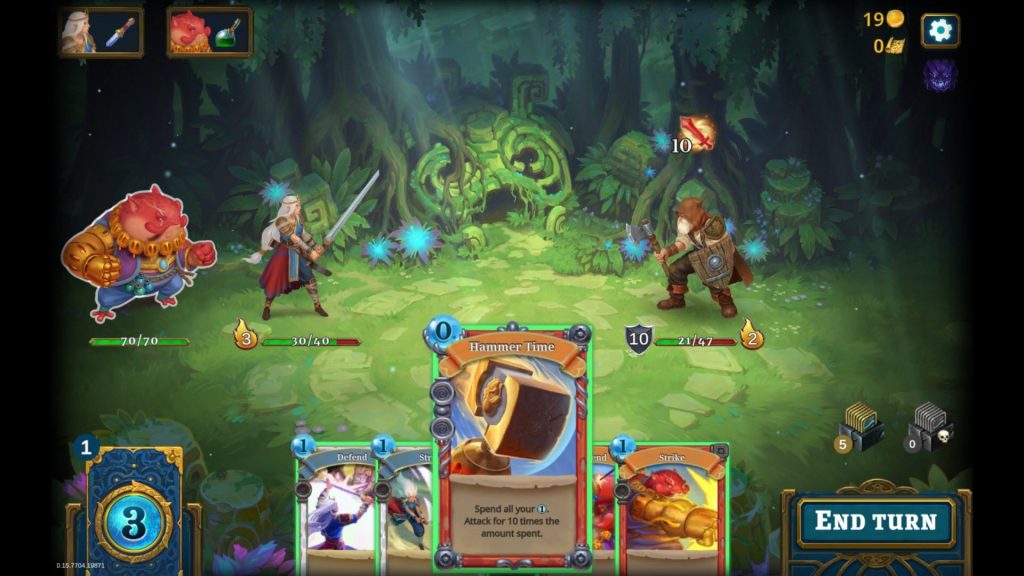 For some, Richard Garfield being a part of the design team is a good thing. I appreciate Magic: The Gathering, but I don’t see anything in the game that feels like it would have been vastly different without him as a part of it. I think this is another fine entry in the digital deck-building and dungeon crawling genre. I don’t see anything vastly different than other entries, but the game stands up on its own and is enjoyable.

I was given a preview code to check the game out before it is released in June. If you are interested in checking this game out, you can go to their website.