This week I talk about The Quacks of Quedlinburg and Santa Monica. If you hear quacks and you’re near the ocean, what does that mean? 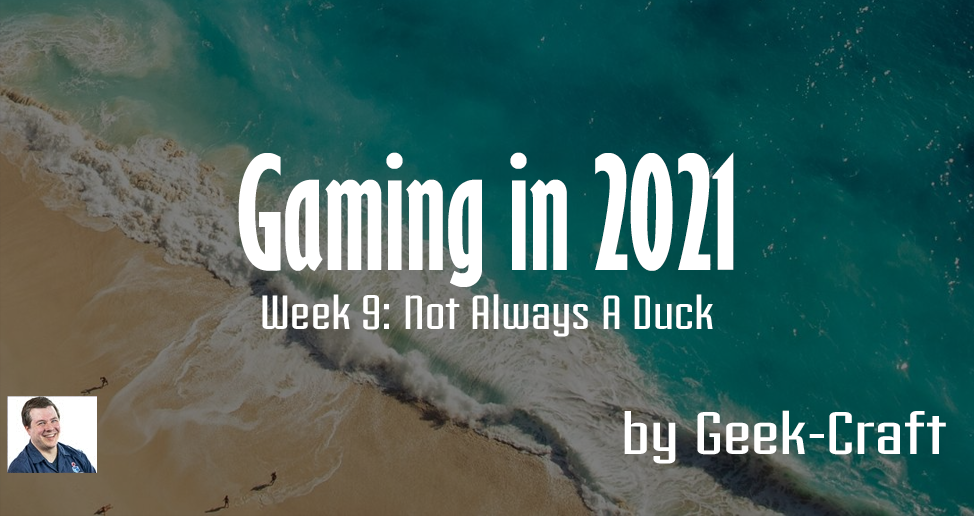 This article references the time between February 22nd and February 28th, 2021.

Another week with actual gaming! I did three games of Gin Rummy, which is great for playing while watching movies. Qwixx: Bonus got three more plays as well. I do enjoy the slight twist that still generally feels the same, as opposed to Qwixx gemixxt which is fun, but a bit more chaotic. We also did two games of the original Qwixx, which is also very nice and casual. Two games of Traxx happened this week, which is a fun path-building game. It’s simple enough and casual but has some fun, quick decisions. Sam and I finally did a play of The Quacks of Quedlinburg, and I can’t say that I’ll ever go back to playing this without the insert. The books are held up nicely, the pieces are all organized, and it just sets up and packs away easily. Well worth it if you enjoy the game. 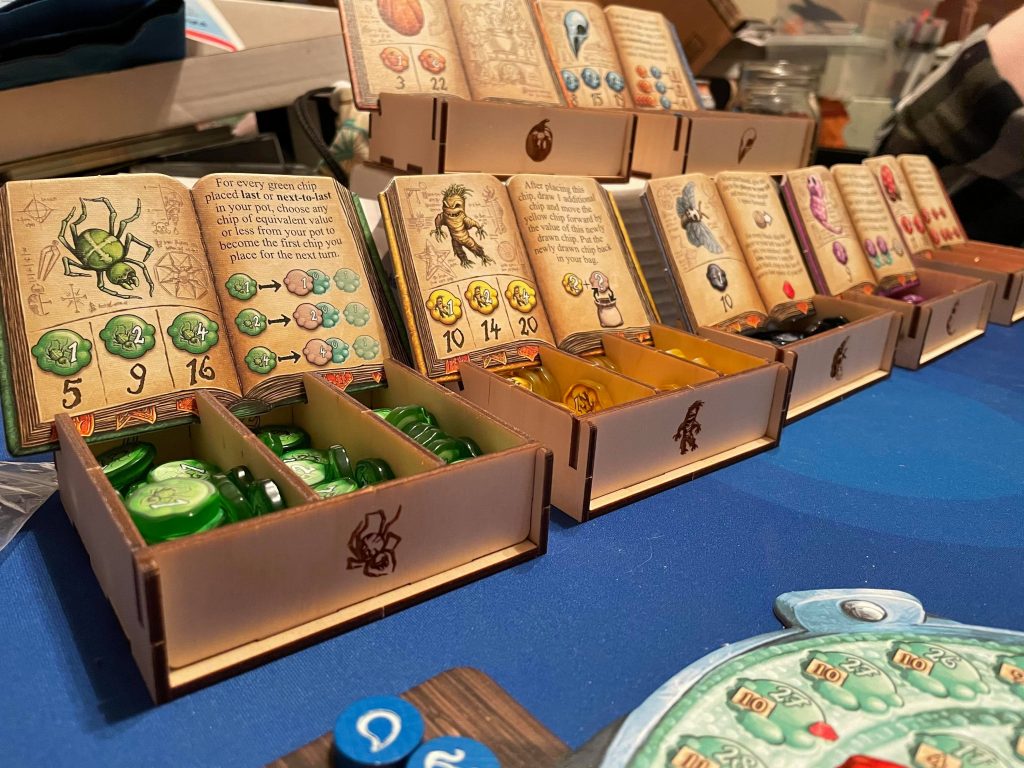 Quacks of Quedlinburg with the Meeple Realty insert

Four games arrived this week, and I’m excited to play all of them… Oh, wait, that’s most games…

I got a box of stuff to play / demo / review from Board&Dice, including Escape Tales: Children of Wyrmwoods, Escape Tales: Low Memory, and Tawantinsuyu: The Inca Empire. Someday someone will convince them to make a game that starts with T that people can actually say the name of.

I also got the Unmatched: Buffy the Vampire Slayer set. I’m a fan of the show and urban fantasy in general, so I think this should be a ton of fun. Of course, making Buffy fight Dracula is now an option with this set and Cobble and Fog.

I also designed an insert for Santa Monica from AEG. My buddy Eric was lamenting over the lack of one available, so I made one. I’m quite happy with how it came out! 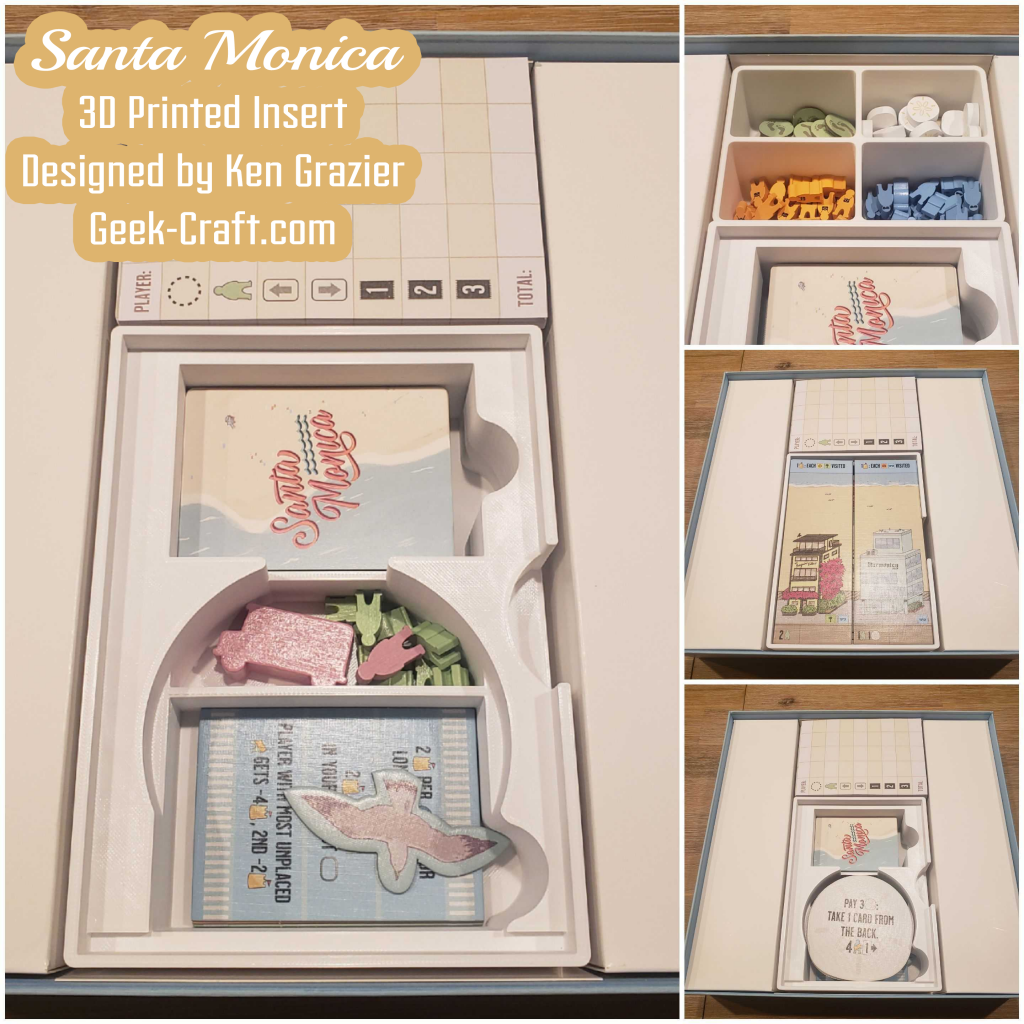