When playing Betrayal or Can’t Stop, ruh-roh is one of those phrases that’s just going to come up.

This article references the time between August 10th and August 16th, 2020. 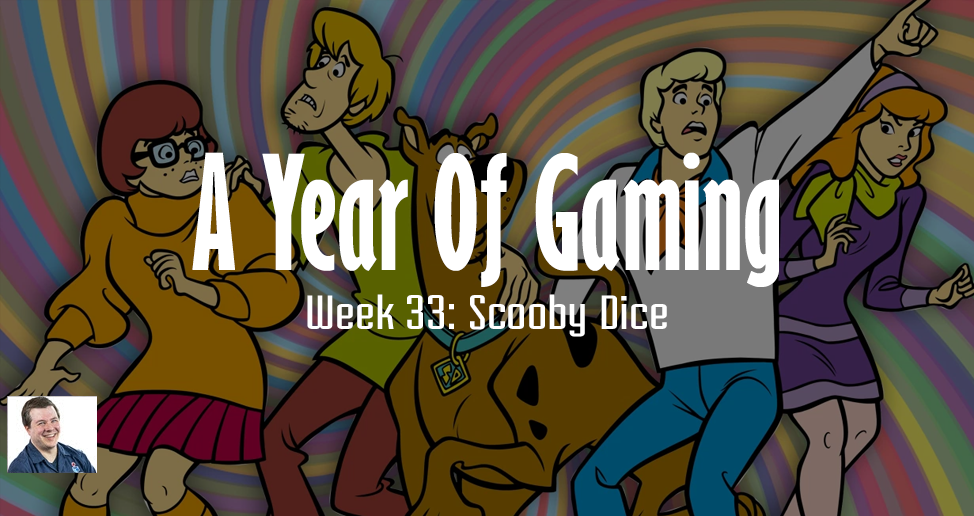 A few plays this week – another game of Deck of Wonders. I appreciate the concept, but I really look forward to customizing my own deck to see how it impacts how the game plays.

The other two plays were both of Can’t Stop, which is a personal favorite and is a great lunchtime game, even with the digital divide. You can play it in 10 minutes with two players if they’re both playing quickly. Of course, with the online version of the game, you’ll never mistake the math or be overzealou with a roll and end up with a die on the floor. I have played Can’t Stop on BoardGameArena and Yucata.de. I prefer the BGA interface, but they both play well.

I got Betrayal at Mystery Mansion, or what I refer to as Scooby-trayal. It’s the combination of two great ideas. Betrayal at House on the Hill is one of my favorite thematic games, and I’ve always explained it in terms of a Scooby-Doo episode. In a given play, all of the players have gone to the weird creepy house up on the hill. As the players explore the house, weirder and weirder things start to happen until someone snaps and reveals themselves to be a traitor. It’s not a deeply strategic game, but it makes some great memories. I look forward to playing this one – online with some friends who have the game first, then in person with folks once that’s an option again.

It’s been kind of quiet otherwise. I have been playing a bit more on my Nintendo Switch – namely Mario Kart and Smash Bros. I’m good at both, far from a pro, but it’s been nice to have some trash talk and laughs over silly things happening.