One Shell of a Game – Eggs and Empires Preview

As someone who loves Fleet, whenever Ben and Matt put out a game, I’m curious to see what they’ve been up to. Eggs and Empires is up on Kickstarter now, and they were kind enough to send me a prototype copy to try the game out. Is this an egg-ceptional follow up to Fleet, or is it just one big yolk? 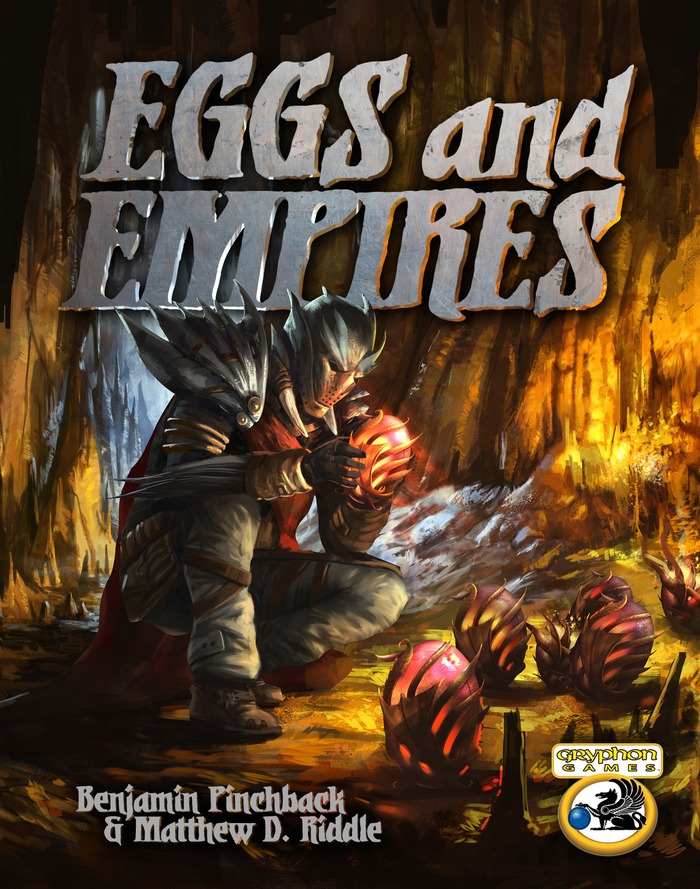 Eggs and Empires is a very simple game to play. With three to six players, each gets a deck made up of the same ten cards. The egg deck is shuffled and a number of eggs are brought out for everyone to see. Some eggs are worth points, where others cause a player to lose points. The players shuffle their decks, take a hand of three cards, and begin. In each round, every player selects one card from their hand and puts it face down in front of them. Once all players have selected their cards, they are all turned face up. The highest number get the first choice of egg, then the next highest, and so on. However, many of the numbers have abilities that can change how the eggs get divided. 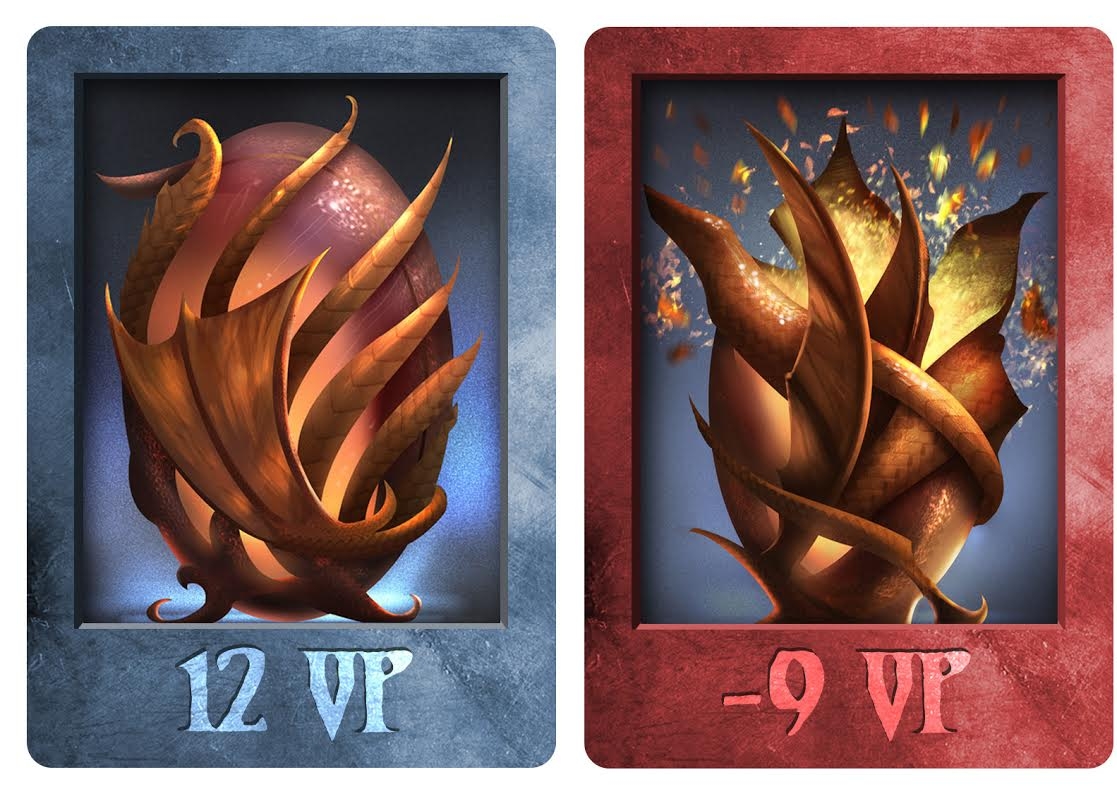 For example, when a player plays their Blacksmith, a rank 8 card, they’re likely pushing to take an egg worth some points. However, if that player does not take an egg that round, they lose four points at the end of the round. Not terrible, but it’s still points lost. To make matters worse, if another player plays a Shepherd, the rank 3 card, they actually get to go before the Blacksmith. In this way, there is a strategy to playing cards at certain times or holding cards for later rounds.

Another example is if there are many bad eggs on the table. Obviously no one wants to take an exploding egg, so most players will play as low a card as they can manage. However, the Mage can pass up exploding eggs, meaning that someone can play a rank 7 card but end up not losing any points in the round.

Once the players get through a round, the game moves very quickly. Watching other players for tricks, counting points, and seeing plans fall apart quickly become a part of the game. Even in bad round, the players still can undermine each other. With two different ways to score, gamers can decide whether they are going for the most total points or simply trying to win a certain number of rounds. 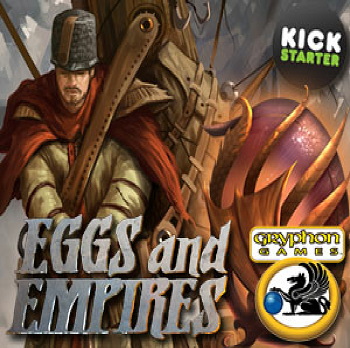 Overall, Eggs and Empires is a great simple game that is quick to teach, easy to learn, and a lot of fun. The simple game play makes it accessible to many kinds of players, and the luck of the draw is balanced very well against the strategy that comes with a small deck and each player having the same cards. Trying to outwit the other players for the best eggs is key. I love how simple and fun this game is and cannot wait to get a final copy once the Kickstarter project is done so it can go into my Gaming on the Go bag.