Ben Rosset is the designer of Mars Needs Mechanics, a wonderful market control game. He has been working on Brew Crafters, a worker placement game about making beer. While I’ve only gotten to play one game of it, I figured it would be good to talk about my first impressions of it. 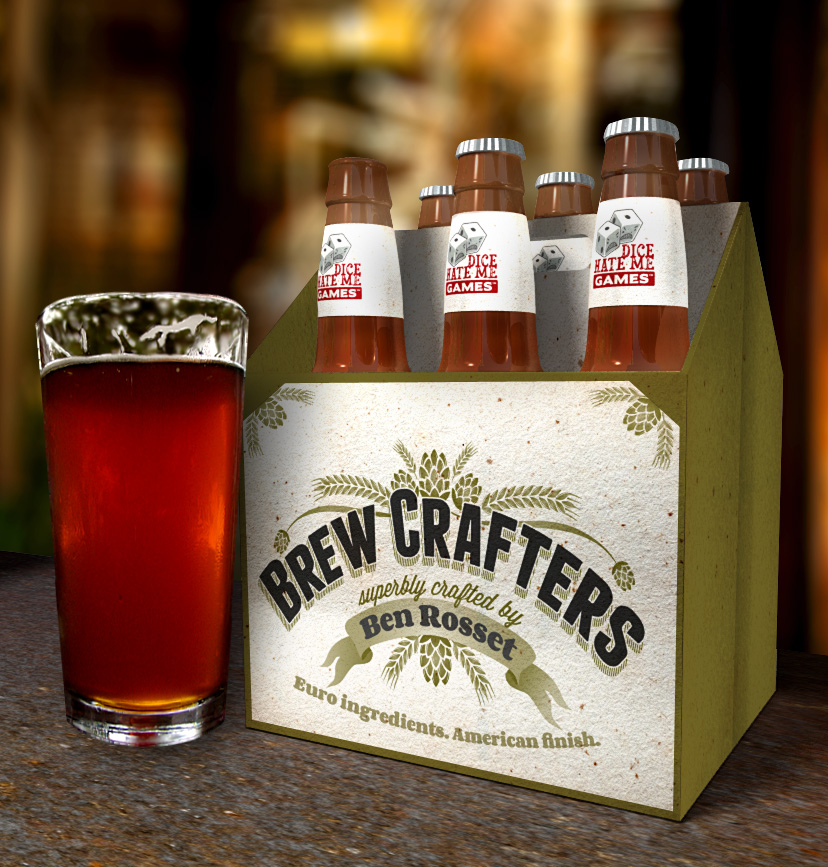 I had two main concerns when I heard about Ben’s next game, Brew Crafters. Primarily, I don’t know that we need another worker placement game. I love Agricola and Lords of Waterdeep and have plenty of other games unplayed that use that same mechanic. Secondly, I have no knowledge of beer whatsoever. I’ve never drank it, have no interest in drinking it, know very little about how it’s made, and was concerned that the theme wouldn’t be a good fit for me.

When Ben brought the game over, he had my girlfriend Sam and I set the game up without his help. He wanted to test the rules and see what questions we would have throughout the game. It took a little while setting the game up, but it was a prototype so there were lots of similar components and missing art. Once we got it set up, we slowly started playing. Gathering hops, grain, and yeast to craft the different starter brews was straight forward. Being the first to produce a particular advanced recipe would net you points, so there was a quick division. Sam went for the ales while I went after the stouts. You can’t make an advanced kind of beer before you’ve made the basic one, so my first step was to brew the basic stout. After a few turns, I’d crafted and sold that batch, so I moved onto the Imperial Stout, worth a hefty seven points per batch made.

After about 90 minutes and some interruptions along the way, we had finished the game. Sam had fallen behind due to not fully utilizing her resources, but it was still a very enjoyable game for both of us. I really enjoyed it and immediately wanted to play again, but the night was getting late. The initial idea is straight forward, but the different directions for development seem like they have a lot of potential for a variety of strategies. 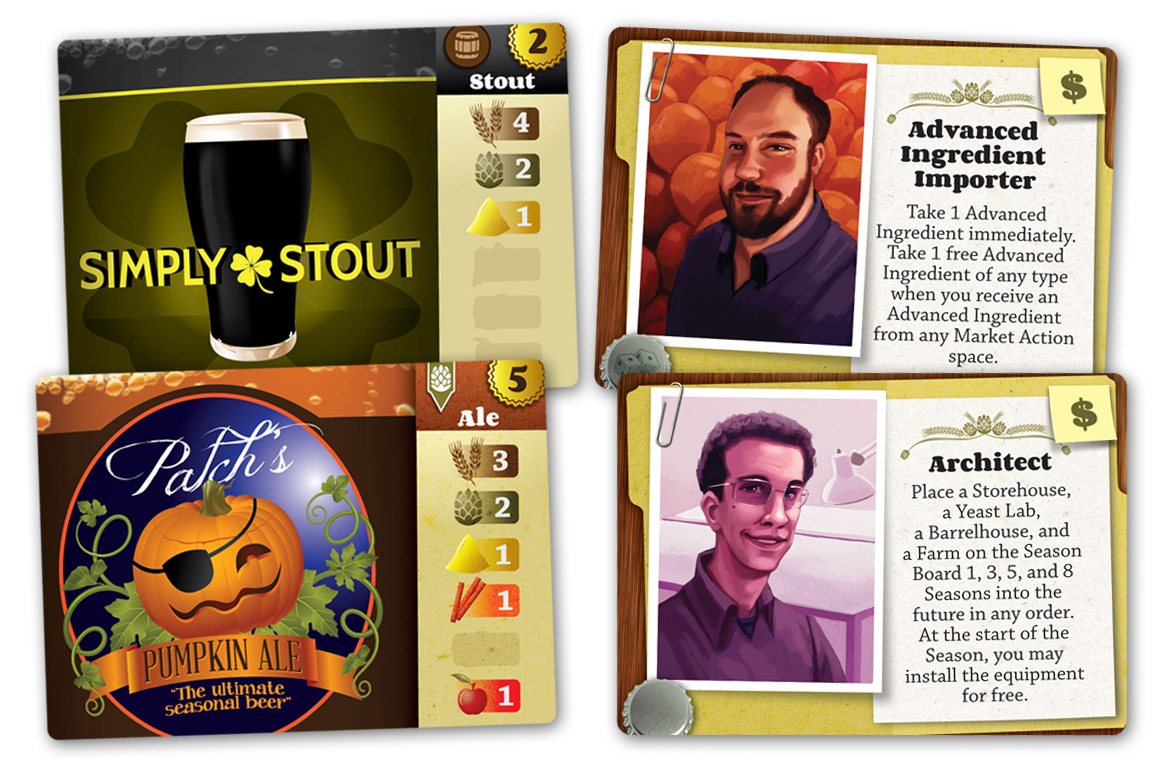 Despite my main concerns, Brew Crafters is an amazing game. The worker placement is familiar,  yet new. The two methods of placing workers is an amazing change from the usual limitations in similar games. The theme seems to be a great fit and despite my lack of knowledge of beer, I had a lot of fun and will be one of the first to back this game. It’s simple, yet complex. It’s not a short game, but it also doesn’t overstay its welcome. The strategies are numerous and the replayability with the variety of brews planned should allow this game many repeat plays before anything gets the least bit stale. I can’t wait to try it again and wish Chris and Ben all the best with their Kickstarter project!

You can go back the game here and if you have questions, ask away!