With only a week to go and their goal completely blown past, let’s take a look at Tiny Epic Kingdoms: Heroes’ Call to see if it’s worth all of the fuss. 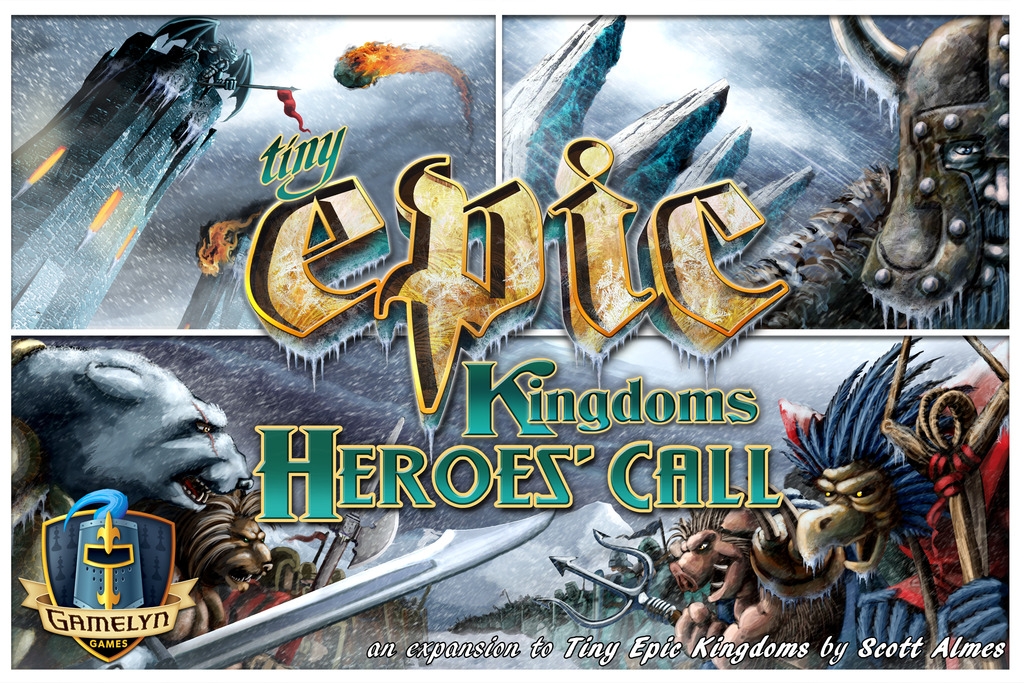 Tiny Epic Kingdoms: Heroes’ Call is an expansion to the very popular Tiny Epic Kingdoms, which I recently did a review of that you can find here. The expansion both adds more of the stuff players already know and more rules and options for gameplay. We’ll start with the additional content that fits in with the base game first.

Heroe’s Call comes with 13 new faction cards. When I played at Origins, I got to use the Polar Kin. This faction’s abilities are based around going to war, a focus for the Heroes’ Call expansion. Their first two levels of research grant bonuses to war costs when defending in certain areas, meaning early on a Polar Kin player will settle down and work on gaining resources without too much concern of being attacked. The third level brings them to the offensive, requiring the defender show you their war total before you select yours when you attack. This makes it very easy to manage your resources effectively and leads to you not overspending to win a battle. The fourth level gives you the ability when you are attacked, so quickly upgrading from level 3 to 4 means you are always aware of what your opponent is spending to fight you in war, making it easier for you to take over the areas controlled by your opponents as well as expensive for your opponents to take over your areas. Finally, if you get to the final level on the Magic Research track, you’ll gain an extra two victory points if you win a war after getting to that level.

While not normally my kind of play style, as I prefer sneaky planning and backstabbing, the Polar Kin were a lot of fun to play. They seem to be designed to help bring people out of their shells and make the players go to war more often, something that tended to be avoided in my games of Tiny Epic Kingdoms. There are also Bird Folk, Pigfolk, Yeti, Death Knights, Treants, and other new factions that can be used with just the original Tiny Epic Kingdoms ruleset to just add more factions if you want to only do that.

However, I feel that once you play with the new content, the Heroes, you will likely not go back to playing without them. As I said to Michael after playing with this expansion:

The new player abilities are tied to the Hero Cards. This grants one of your meeples special powers during the game that both make you stronger and can earn you points. Of course, all heroes eventually die, which is also a part of the game. During the play at Origins, I had two heroes over the course of the game. I started with the Samurai. At first, when the Samurai leads a battle, you get the option of announcing your war total before revealing. If you tell the truth, you gain one of each resource after the war is over. This on its own is a great mind game introduced to war, but when combined with the Polar Kin’s abilities, it was amazing. Forcing my opponents to decide on their totals, then announcing what I was going to use after knowing their decision was obvious and always granted me the extra resources, which came in handy. The second level didn’t come into play in our game, but it allows the Samurai to remove the attacking meeple from play if you tell the truth about your bid. This would have been a great move if I had been forced to lose a battle involving my Samurai, as I would know when I was beaten, so I would make my opponent bid more than I could gather. In this way, my opponent would have to spend many resources, show me how many, and I could simply surrender and state that I was using no resources. After I eliminated the opponent’s meeple through this second ability, I would gain one of each resource through the first ability. This combination made fighting with the Polar Kin very difficult. The third ability let me retire the Samurai fighter if he won in a battle, meaning I would lose his abilities, but I would gain three victory points.

So in one game I had a great combination, but looking through the other Heroes, I can see how they would work well with the Polar Kin as well. The Shaman granting a discount on Research and gaining more Mana makes Research even faster. The Wizard would allow me to move wherever I wanted, setting me up for easy defending early on, and then grant me free Mana, making Research even faster. The Monk would grant me mana instead of ore while in the mountains until he leveled up. Then he would give me a discount of two to my War cost when in the mountains, making defending them even easier.

There seems to be no bad combination of a specific Hero and Race, it’s all a matter of using both sets of abilities as best as you can. Of course, the other players will be slinging around their own Heroes and new Factions, resulting in their own crazy combinations. Draconians get to gather resources when they quest and the Rogue Hero gets to steal resources from neighbors when it patrols, making that combination a great resource collector. Lion folk get bonuses for having more population than other players. When combined with the Barbarian who gains food if the opponent bids less than a certain amount during war, they’ll grow out of control very quickly.

The other change to the game is that now when a player builds a part of the tower, they place a tower into a region they occupy, allowing them to spread out their meeples and still defend areas. This comes at a cost, though, where the player can lose progress on the tower if they lose a War involving one of their towers. This changes the focus from the base game, which was frequently Tower heavy and little war, to one where war is always an option and players will constantly have to worry about the plans of their opponents. This can be a bit jarring to some players who are used to the more calm world before the introduction of Heroes, but when I said I can’t imagine Tiny Epic Kingdoms without Heroes Call, I meant it. The game play feels more solid and more strategic, risks seem to offer more rewards, and decisions around other players become a key factor in every move.

If this sounds like your kind of game, you have a week to check out the Kickstarter. It’s doing quite well (currently at 797% funded). You can pick up just the Heroes’ Call expansion for $16 plus shipping, upgrade to the Deluxe Heroe’s Call for $24 plus shipping, or get both the deluxe original and the expansion for $44 and shipping. It’s a lot of game in a small package and is well worth a look. 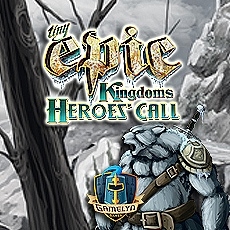