JurassAttack! is a two player war-like card game on Kickstarter for only 16 days. Did it make me roar with frustration or just was the game dino-mite? 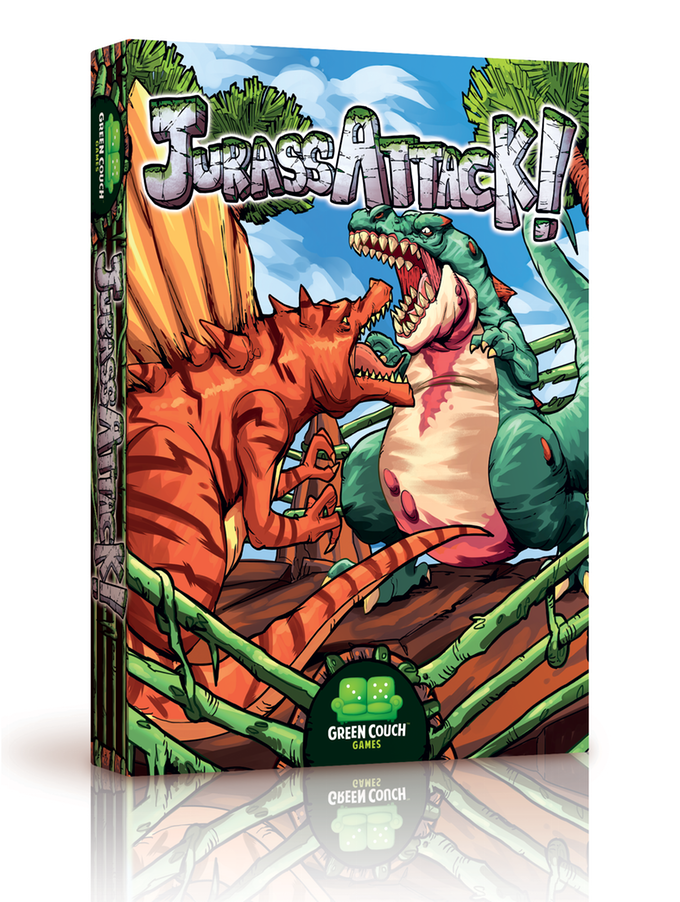 JurassAttack! is a two player war like card game. The goal of the game is to end up with more points than your opponent. You gain points from having your pack of dinosaurs beat your opponent’s pack. Different dinosaurs have different abilities and Ferocity values, as well as certain dinosaurs that they can or cannot be in a pack with.

The first thing you’ll notice about this game is the giant cards. They aren’t big to hold all of the information, but because the dinosaurs should be big. The art in the game is satisfying and the card layout is clean and effective. Despite them being T-Rex sized, they work very well. 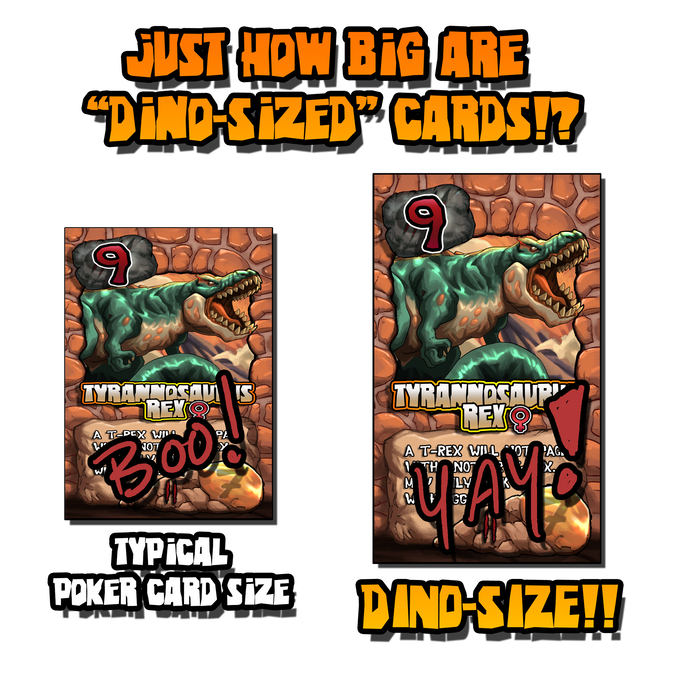 Each round of the game has one player making their pack of dinosaurs, then the other player selects their pack, then the players reveal their selected cards. Players add up the Ferocity value of all of their dinosaurs and whichever player has the higher total takes their opponent’s cards into their score pile. The loser of the round gets to refill their hand, while the winner is left with only the cards they didn’t use the previous round. This simple change from the norm gives players a reason to try to win and lose at appropriate times, adding a layer of bluffing to the game that is subtle but still interesting.

There are also Egg cards which do not give any Ferocity, but instead are worth straight points. You normally don’t get to claim any cards when you win a round, but you do get to claim all eggs played. This adds another bluffing aspect to the game. If my opponent puts down four cards, they could be pushing with a number of stronger dinosaurs or simply using their Spinosaurus and three eggs. The Spinosaurus is an automatic win card, very useful when played at the right time.

The game also seems very kid friendly, and hearing other reviewers talk about playing it with their kids helps confirm that. This seems like a simple way to get kids even more interested in dinosaurs, if that’s even possible.

While I only got the game to the table once so far, the game was a hit. It’s very quick to learn and play and works as a great filler title. Sometimes the luck of the draw got me or my opponent, but we then got to refill our hands and catch back up in the next round. The bluffing aspect made both of us reconsider our hands at points in the game. JurassAttack! is an excellent two player filler game that, while modeled after war, has more interesting aspects and will keep you coming back. The five card hand size, ability for a player to combine cards, and special powers on some cards make this much more than regular war. The game is only $10 plus shipping, and I feel that anyone looking for a shorter game for kids or a dinosaur themed filler game should take a look. 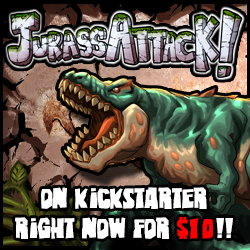