I enjoy games that involve a push your luck mechanic. The internal debate of taking another card or rolling the dice just one more time is a favorite, especially when it pays off. Stardock Games, known for their video games, has set sail into the world of board and card games with Dead Man’s Draw. 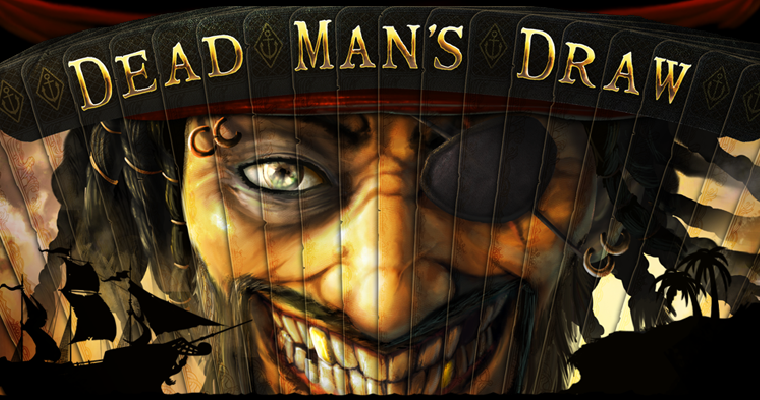 At the core, Dead Man’s Draw is a very simple card based push your luck game. On your turn, you draw the top card. You can draw another if you’d like, but if the suit matches a card that’s already been drawn on your turn, you bust and all of the cards get discarded. You continue drawing until you stop and bank your cards or you bust. At the end of the game when all of the cards have been drawn, the players count up their scores. Only the highest number in any suit counts towards the final score. For example, if I have the 2, 3, and 6 of a suit, I get 6 points for that suit.

Instead of a normal deck, though, this specialized deck has sixty cards in ten special suits, like Cannons or Anchors. Each of the suits has a special trait or ability that is activated when it gets played. For example, the Cannons remove a card from an opponent’s banked cards. Anchors keep the cards drawn before it save, even in the case of a bust. My personal favorite cards are the Swords, which allow you to steal a card from your opponent in a suit you don’t have banked and play it. Not only does your opponent lose points, but you get the points and the ability of the card. 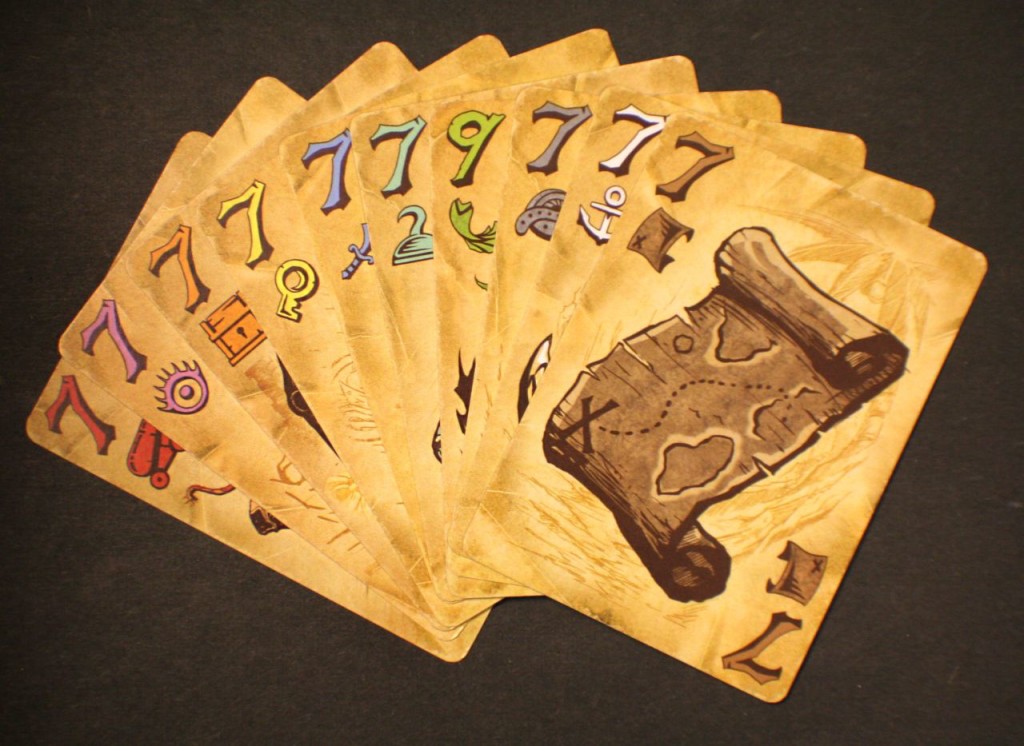 The game plays quickly with two players, usually in about fifteen minutes. There is a lot of luck to the game, admittedly, but there is still strategy. Checking card counts is a way to know how likely a bust is on the next card. Using all of the card abilities to the fullest potential can increase the score very quickly. It’s not a terribly deep game, but the simple mechanics and theme shine brightly.

There are also alternate ways to play the game. Playing where every card counts changes the base strategy slightly, where losing all busted cards to your opponent can lead to a sizable change in strategy. The final version will have alternate rules, as well as player powers. Abilities help in keeping the game fresh for everyone and can change the strategies used by each player.

Their Kickstarter has been active for a few days, and if you’d like to try out the game, Stardock and Geek-Craft are giving away a physical copy of the game!

You can also check out the digital version of the game for iDevices here.

Note: A copy of the iOS game and a pre-release copy of the game were provided for review purposes.