As I posted a while back, I have a lot of games. Over 800 board games, counting expansions. The issue with having this many games is that you eventually need to keep track of what you have so you don’t buy multiples and so people who get you gifts don’t get you games you already have. Of course, in keeping track of the titles you have, it’s very easy to forget to add to the database that you have this game or that expansion. There’s also the issue of where the new games go, and sometimes where they end up isn’t the best place for them. That’s why every year after Origins, we take a full inventory.

Taking inventory involves pulling all of the games off of the shelves, arranging them by size, and checking the BoardGameGeek owned list to make sure everything going back on the shelves is recorded as owned. It’s not a fast process, but when you’re a little obsessive about tracking the games you have like I am, it’s important to keep track of them. Below are some pictures of the process, as well as interesting notes. 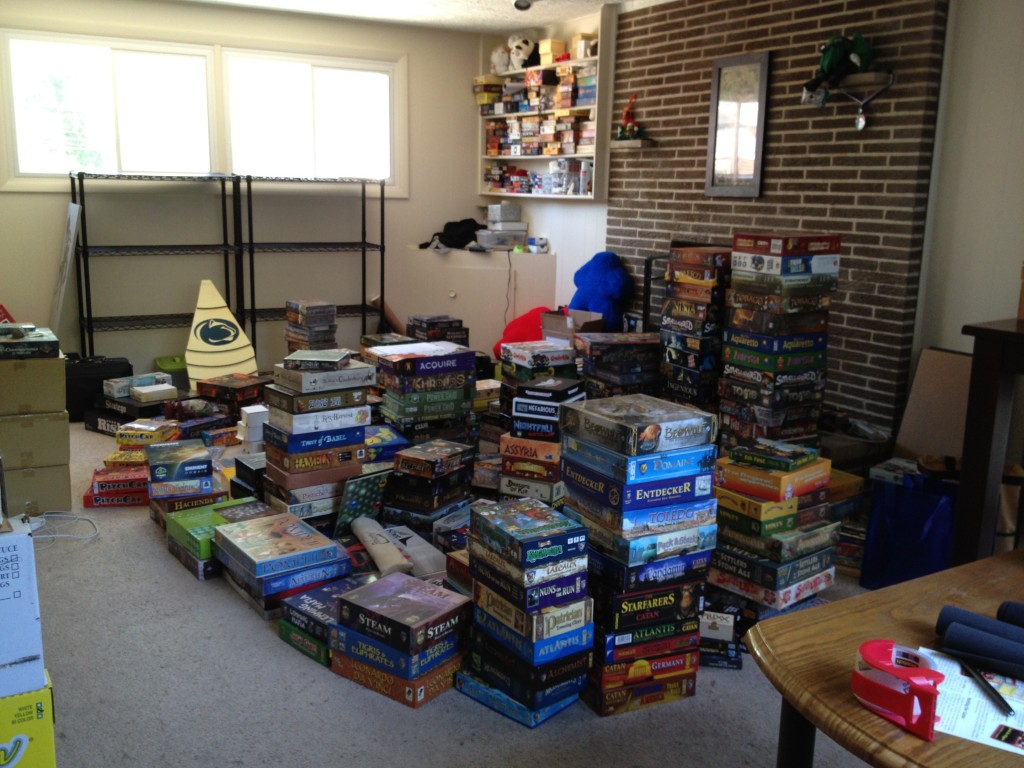 Tear down of the games

As you can see, the games are sorted by size. There are a lot of square boxes, the two large stacks in the back on the right side. There are also lots of smaller games on the shelves in the background, but we’d get to those later.

The very first game we checked was Aquaretto. which not only was missing from the BoardGameGeek database, but was missing all of the expansions I have for it! We logged the game’s information and found it fitting that the first game was missing.

After about an hour or two, we had half of the games on the first two sets of shelves! 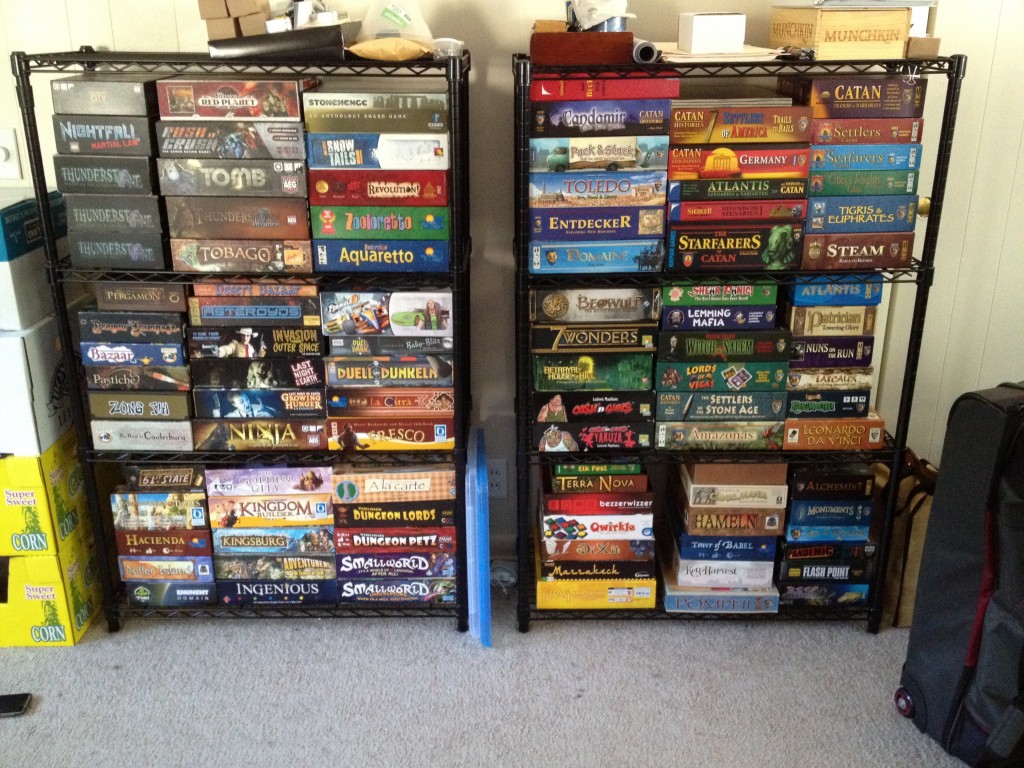 Of course, that means that there were still a few games on the floor… 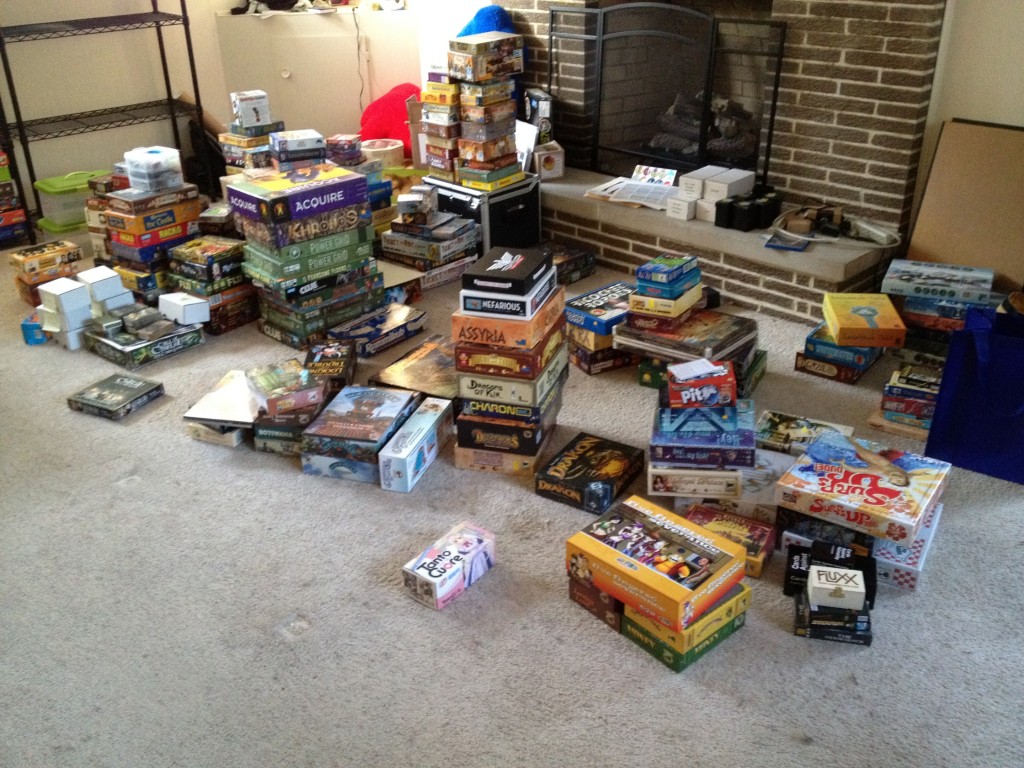 Many games to go

We decided to take care of the closet shelf next. The closet shelf unit is used for games that are either long in playtime, such as Arkham Horror or Gears of War, or games that have physically very large boxes, such as the Carcassonne Big Box or Battleship Galaxies. We took a small break to grab dinner, and then right back to work, splitting time between the other two shelving units and the small games on the wall shelves.

Overall, I believe only one game has been officially lost since we last took inventory, and that’s Mr. Jack Pocket. A shame to have lost it, but in terms of losing a game, one that is replaced rather easily.

In the end, the games are a much better fit now. However, the shelves are all but full and there are always more games coming. So now the challenge is to figure out what I should trade and sell to other gamers I know, maybe donate some games to the local clubs and library, or maybe find some budding gamers who could use a copy of a game that I could stand to not have. If you see anything on my trade list, please let me know if you’re interested in a trade or looking to buy anything.

For the meantime, look through the pictures below and please let me know what you think of a gamer who organizes and inventories his large board game collection once a year. 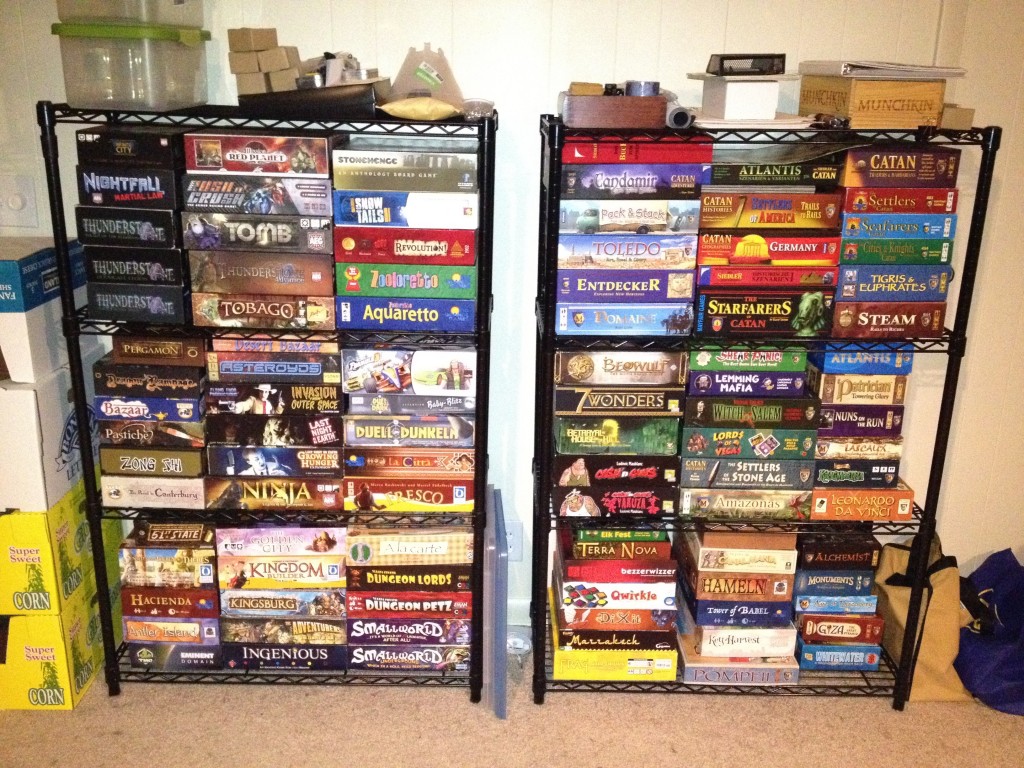 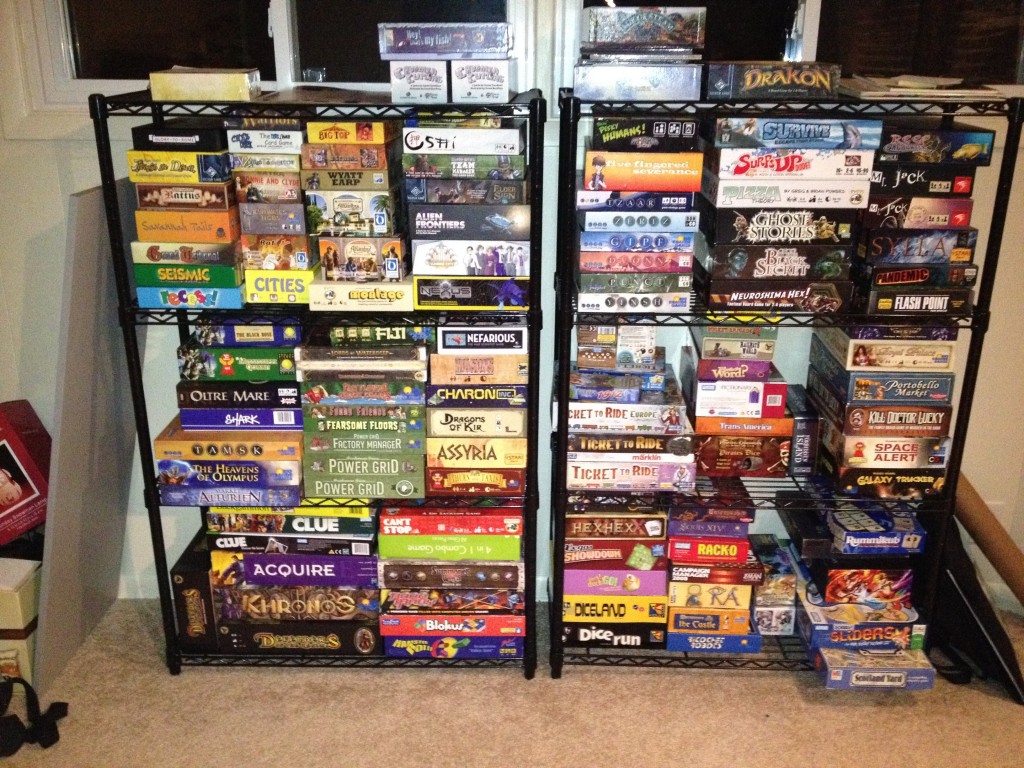 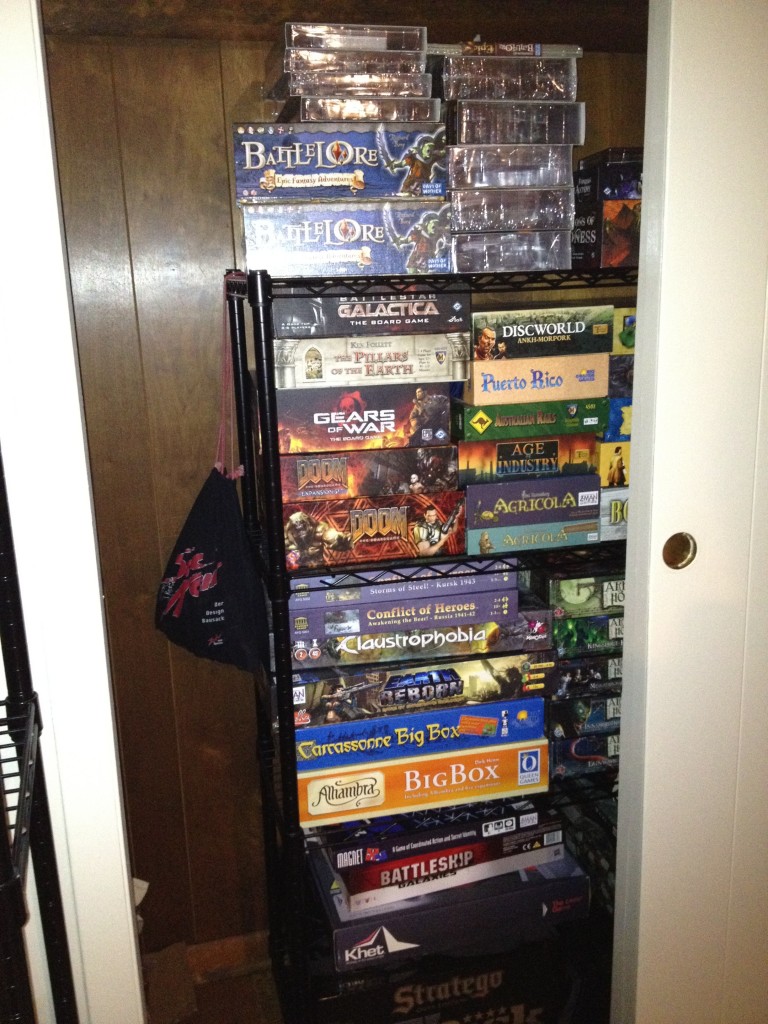 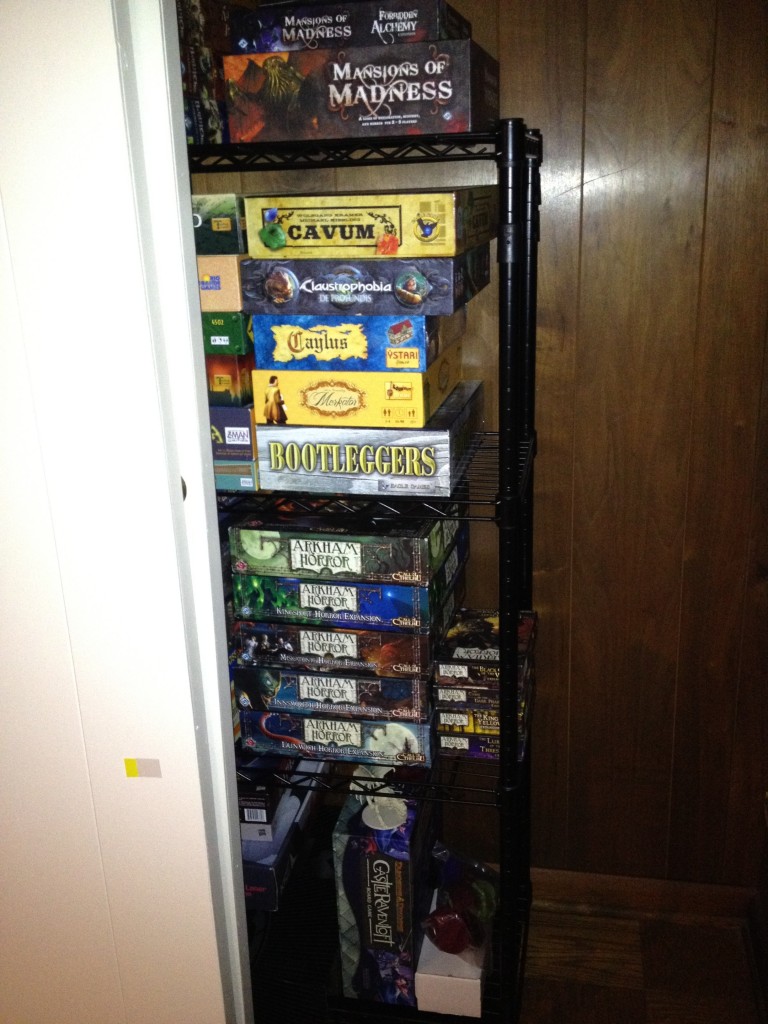 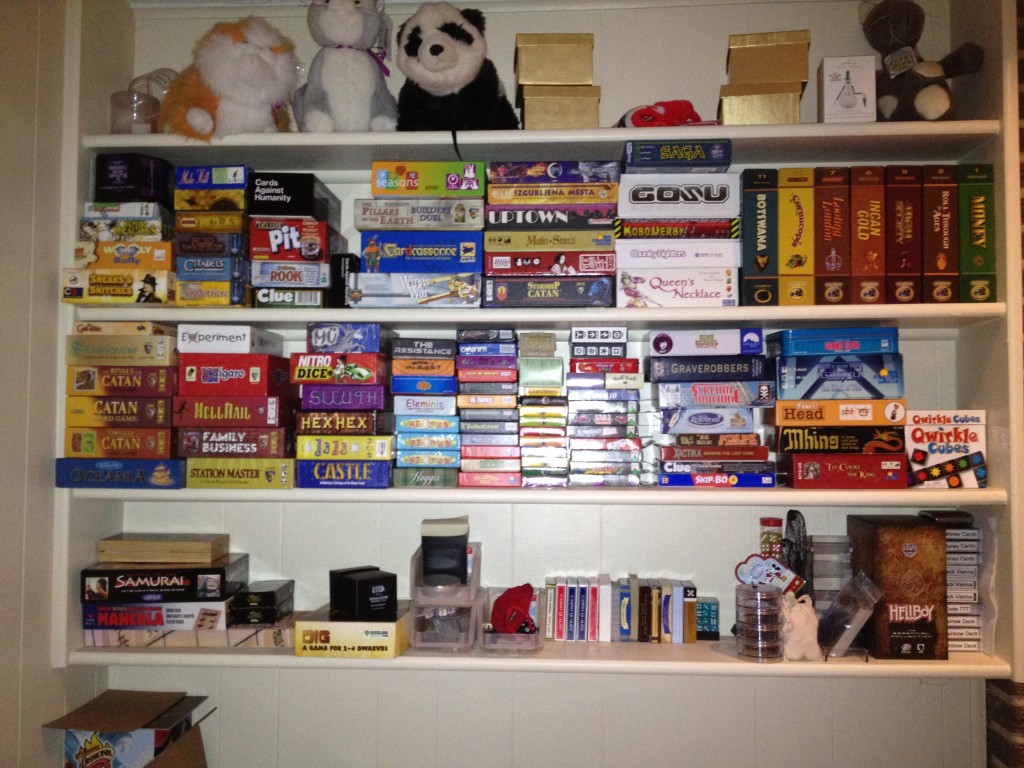