February was a busy month for a bunch of reasons. Some good, some bad, but there were a fair amount of new-to-me games played as well as some favorites.

I use Board Game Stats to help me track my plays and February was a busy month for games. 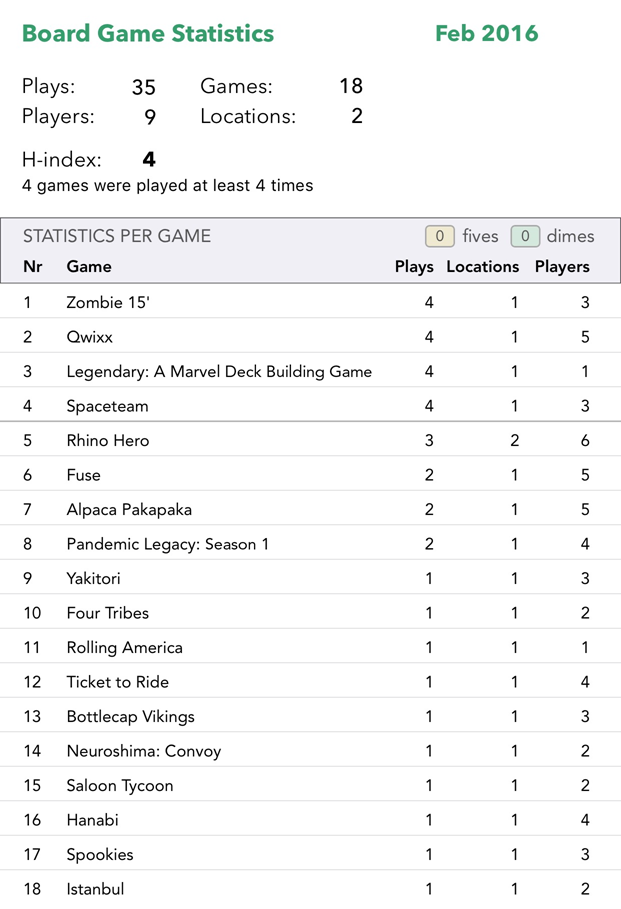 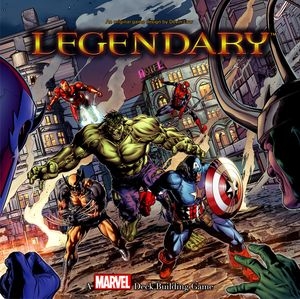 I learned Legendary: A Marvel Deck Building Game from some friends, but that first play was kind of on auto-pilot and it went downhill quickly. I decided to try learning the game on my own and play it with the solitaire rules. It took a bit to understand the set up and rules for single player, but once I got it down, it was very entertaining. The random nature of the deck and the lack of knowledge of the game made every card flip a surprise, but once I got the basics down, I had a lot of fun. I won the first game that I played fairly easily, but the second did not go so well. The fourth game, however, was a different experience. Normally in the game, you’re trying to quickly finish off the Mastermind through the different abilities the cards in your deck give you, but the game is designed to slow you down through the cards in the Villain deck. However, the combination of the cards in this set up led me to drawing out the game as long as I could because I knew that I could not lose. Normally to defeat the Mastermind, you need to have between seven and ten attack. I was generating 30 attack each turn due to the scenario and hero cards I had randomly selected. Even though this game went in a different direction than the norm, it was still a lot of fun. 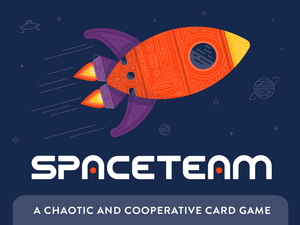 Co-operative games are usually fun and Spaceteam didn’t disappoint. Players are trying to get all six pieces of the space ship assembled to win, but to get to those cards, they have to resolve the malfunction and anomaly cards. Players do not take turns and instead are all trying to use the same set of tools to resolve all the issues in just five minutes. Malfunctions need the tools that players have in their hands, but you sometimes are given an image instead of a name, so you have to describe it to the other players, but they’re also busy trying to figure out their own problems. Anomalies aren’t fixed by tools, but are things that happen to the players. Realizing you’re actually a robot is shocking, especially when you also realize that robots don’t have thumbs, so you can’t use yours for the rest of the game. Worse yet is when there is a Wormhole and all players have to change seats before they can continue. It’s a lot of chaos and yelling, but I really enjoyed the first games. Now I want to experience it with more players, as you can only hand cards to those sitting directly next to you. 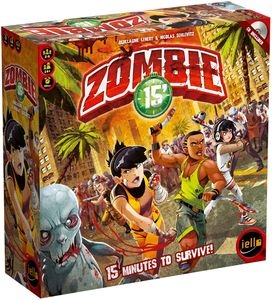 Another real-time co-operative game that we’ve played is Zombie 15′. Players are kids trying to fight their way through hordes of the undead and carry out whatever the scenario is set up for. The first game went slowly for the three of us, as the first scenario is more about understanding the rules than fighting zombies. The next three were a lot of fun and had many tense moments. Players have 15 minutes to reach a destination, sometimes while taking out all the zombies on the board. Moving your character, counting your actions, using weapons, searching for more items, and reacting to the growls on the sound track make this a frantic game that is well done. The set up can take a while, with 20 or more giant square tiles set up for each scenario, but the game play is well worth the time it takes to get it ready for your table. 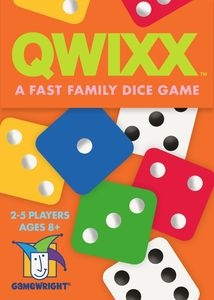 Quick games are much easier to get to the table, Qwixx is an interesting balance between thinky and random. Players take turn rolling dice and marking off spaces on their own score sheets. Players are trying to mark from 2 to 12 in two colors and 12 to 2 in two other colors. Once a number is marked, players can’t go back to numbers that they’ve skipped. More numbers marked means more points, but waiting for something like an 11 to come up on two six-sided dice can take a little while, so skipping it may be worth it. On a players turn, they roll four colored dice and two white dice. The white dice get added together as a number that all players can use, and then that player may mark a number that is the sum of one white die and the matching colored die. It’s very quick to learn and easy to understand, but the frustration will come quickly when the numbers you want just will not come up on the dice. Even with that frustration, it’s a great time and will likely be played over 10 times by me this year. 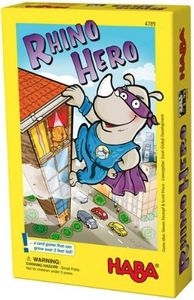 I enjoy games where everyone can play, and Rhino Hero fits that bill perfectly. If you aren’t familiar, it’s a dexterity game where players are bending and stacking cards to make a tall tower that represents an apartment building. Players will use their roof cards to change the direction of play, force players to draw more cards, or skip players. It’s a big hit with families and at conventions. If you are at all curious about this game, just get it, you will enjoy it and if you don’t, someone you know will. 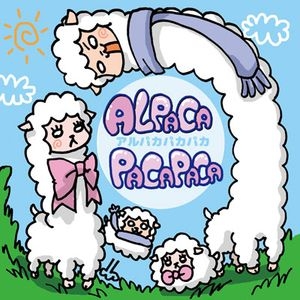 Another light game, this time from Japan, is Alpaca Pakapaka. Players are in charge of breeding the most impressive alpaca, with long necks and decorations being worth extra points. Players either draw two cards from the deck, keeping one and discarding one face down, take all the cards from the discard, or trade cards with another player. With the discard pile being face down, it constantly grows until a player gets greedy and takes all the cards in it. There is no hidden information in the game, which makes the end game calculable. I’m wondering if I can come up with a minor variant that introduces unknown information into the game and still have it be fun. 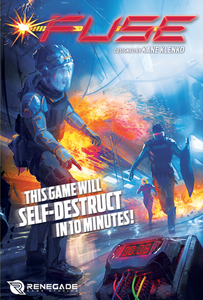 It seems that real-time co-operative games were big this month, as Fuse also hit the table twice more. In this game, players are racing against a timer to match dice on the cards they have. Any die that isn’t used can potentially make each player lose a die they’ve already placed, costing progress and precious time. The official app acts as a timer and score keeper and the voice taunting the players is a nice touch. The range of difficulty in the cards makes it more interesting and fun. Cards range from stacking any five dice on top of each other to getting three specific numbers on the dice, one of which has to be blue. When players are drawing dice randomly from a bag, it can be difficult to get the dice that you need. The overall effect is a lot of clamoring for specific dice and hoping that no one else needs the die that you’re after, but also trying to work with the other players to make sure dice you have aren’t taken away. 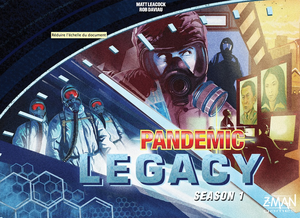 The last game that hit the table more than once this month is Pandemic Legacy: Season 1. I won’t spoil anything that isn’t readily and publicly available, so no worries about learning anything secret about the game. Pandemic is a game that I have always enjoyed, but it can suffer from being too formulaic and predictable. The Legacy nature of the game was not super clear in our first two games, but the effects are still noticeable. Being able to name the diseases that get eradicated is a fun way to get players more involved in the game. Players also get to add scars and upgrades to their characters and permanently change the game board. I’m really excited to see what the next game brings and what challenges we’ll face.

Aside from all of this gaming, my wife and I had our one year wedding anniversary. We got to take the day off, and though we didn’t play any games that day, we still enjoyed ourselves. In the first line, I did say that there was bad this month; my Grandmother passed away. She was a wonderful person who meant the world to me. I’m sorry to see her go, but am glad she did not suffer when she did. Thank you to everyone for the warm thoughts and kind messages.

Finally, February was a HUGE month for Kickstarter. The quick list of things that caught my eye, with links to the projects:

So, a lot of Kickstarters and these are just the projects that I’ve put money into! I love the board game hobby, but I wish I had more cash to throw around at these projects! I received some of the Legendary Metal Coins and have set up an album here, and they are gorgeous. I enjoy Wok on Fire quite a bit. Sentinels of the Multiverse is a personal favorite. There are just too many good games that “need” my money!