I know I’m a bit late with my look back at March, but I’ve been planning for Unpub and dealing with things at work that have taken my time. So now that I’m back from Unpub 6, let’s look at what happened during my birth month!

March was a busy month with a few extra acquisitions and some interesting new games that made it to the table. Wrestling, Goblins, Secret Agents, and Buildings all made appearances. 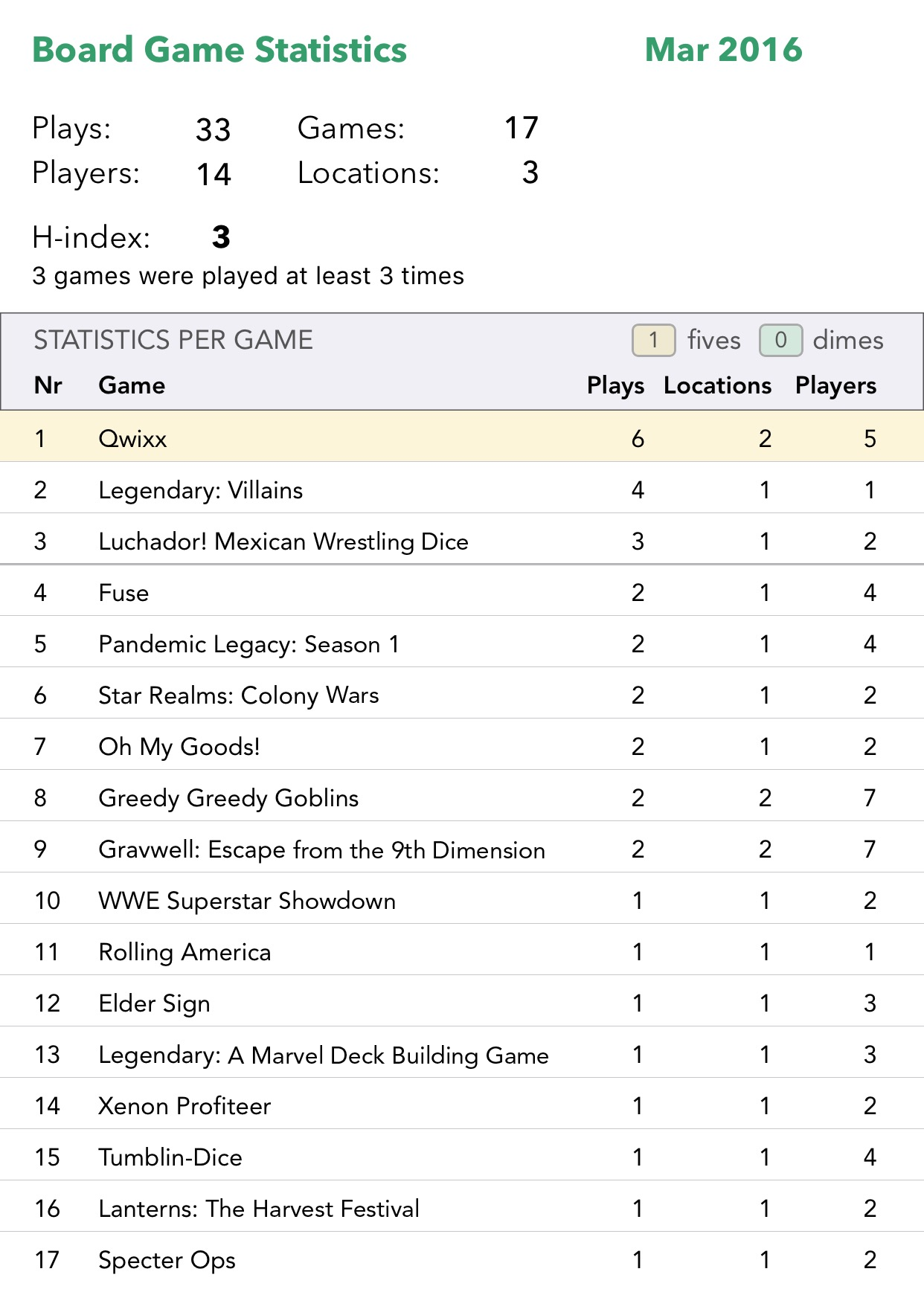 17 different games, and over half of them played more than once. Six of them new and two new in some way, so lots of games to talk about. 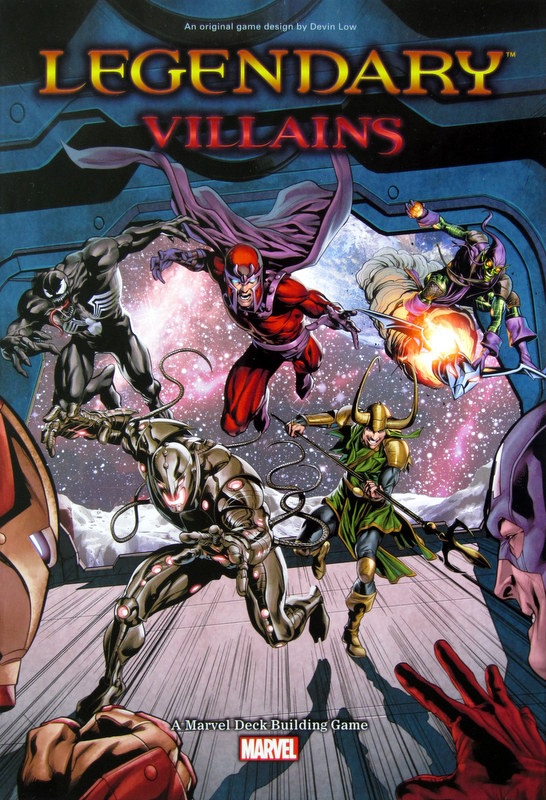 Though I had played Legendary: Villains before at a demo, I hadn’t played it since then. I got the game for my birthday and decided to try the solitaire version. And then another game. And another. I played it four times, and each time I lost horribly. I still enjoyed the game, but Villains is a much more difficult solitaire game than the original base set. Despite these losses, I am still looking forward to getting it to the table more often. 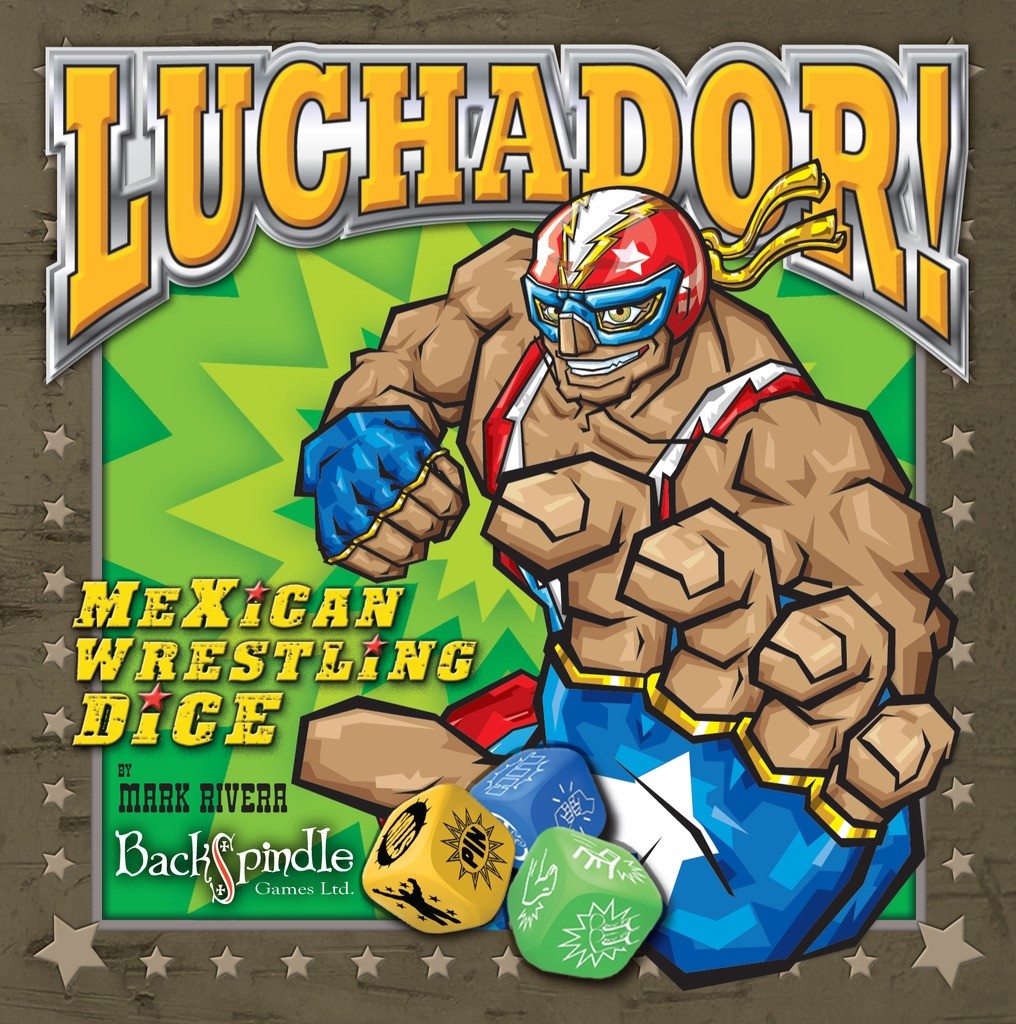 Luchador! Mexican Wrestling Dice is a game about Mexican wrestling where players have to roll their dice on a mat and if they fall off, those dice results aren’t valid. It’s all dice rolling and a few options for those dice, so it’s far from a deep and strategic game, but if the players get into the experience, it is a very thematic and over the top game that is really fun. I have the original printing, which has since been updated with a full standing ring with elastic bands for ropes and more characters with some more player choices. 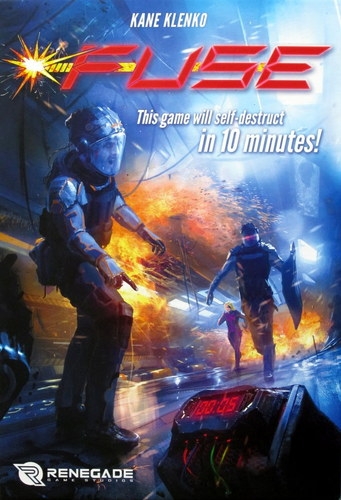 Real time games can be chaotic, but Fuse is the good kind of chaotic. Players are working together to defuse bombs in real-time by using dice. Some cards are easier than others, but everyone has to work together to get through the deck of cards. The potential to lose dice that have been placed on the cards makes the game more challenging, but also more fun as work is never guaranteed to be kept unless a bomb is completely defused. I still need to try this one solo, but it’s a frantic bit of fun. 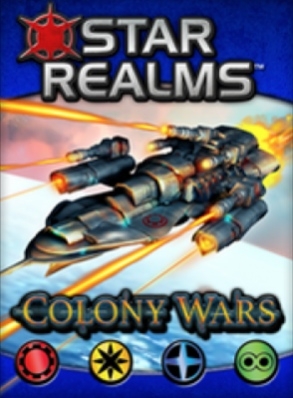 An expansion stand-alone deck for the original game, Star Realms: Colony Wars is a new deck of cards that fans of Star Realms will enjoy. In my limited exposure to the new cards, there seems to be easier access to money, resulting in more powerful cards being bought earlier. I really enjoyed both games, despite not doing well in either. If you enjoy Star Realms, Colony Wars is certainly worth a try. If you haven’t tried Star Realms, it’s free to try on iOS, Android, and through Steam. 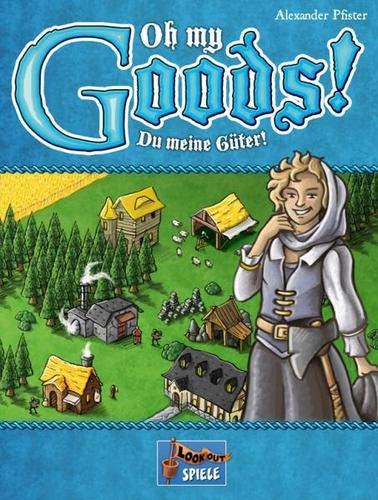 My wife and I enjoy games where cards can be used for multiple purposes, and Oh My Goods! is the newest game in this style that we’ve played. The rules are a little unclear at first, but after a few rounds of play, the game really grew on us. The push your luck aspect with the way that resources are generated is very innovative. Cards are flipped from the top of the deck until two cards with sun icons are revealed. This is the Sunrise phase. Players then decide which buildings they’re going to work at and place their worker cards accordingly. Then another set of cards are flipped until two more sun icons are revealed, which is the Sunset phase. This shared pool of resources determines which buildings will activate. It’s a very fun game that has a lot of replayability in a tiny box. 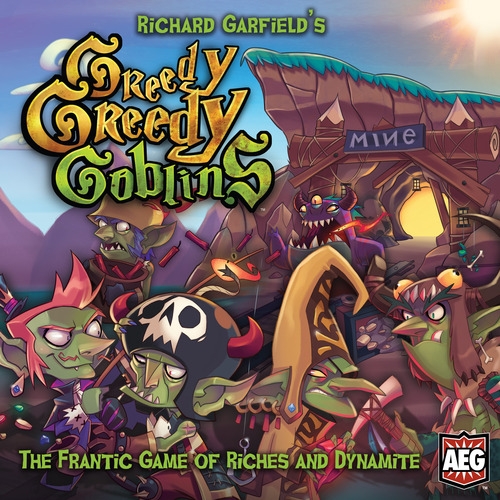 Richard Garfield’s latest game is Greedy, Greedy Goblins, where players are trying to score gems and other valuable resources from the mines without getting blown up. It’s a real time tile picking game with some strategic elements with the Minion cards that are available. Finding one or two dynamite in your mine is a good thing, doubling or tripling your points from that mine. Find three or more sticks and your goblin blows up and you lose five points as well. It’s a mad rush and sometimes it’s better to take a little than to try for a lot, but it wouldn’t have “Greedy” in the title if that didn’t sometimes work out. 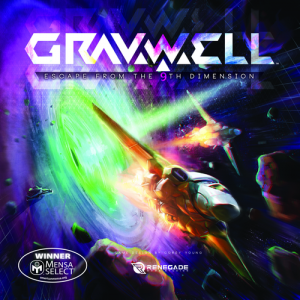 Gravwell is a personal favorite game because it’s so easy to teach to anyone but it shows some really new forms of gameplay. All of the players are piloting ships in a gravity well and their engines have died. However, their tractor beams still work. Players will take turns drafting cards from the table, then each select a card and show them at the same time. Cards resolve in alphabetical order and players move as many spaces as indicated on the card. The part that makes this game genius is that you don’t move forward or backward, you always move towards the nearest object. The order of card resolution is easy to follow and hoping someone will be where you need them to be is a key part of the game. It’s a game I will always recommend to people looking for a game that’s a bit thinky without being a headache in a box.

March was a good month for the game collection as well. I managed to get rid of a few titles and picked up the rest of the Legendary series as a birthday present from my wife. This resulted in me needing about 40 packs of sleeves to take care of the set. I’m still working on getting enough sleeves to do the game justice!