JR Honeycutt does a lot of things. He designs games, he works with a number of publishers, he writes, and does lots of other things in the hobby. How he has time for all of this, I’m not sure. Let’s find out! 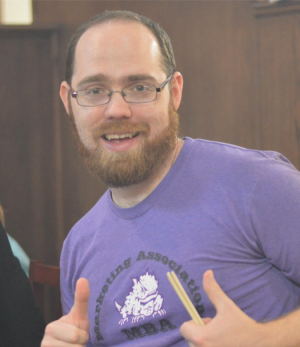 You’ve designed games and helped publish games. Which do you prefer and why?

I love designing games because of the thrill of bringing an idea into creation, and because I love working with other designers. I love publishing because of all the cool things that go into making a game – but given the choice, I’d take designing!

What games are you currently working on designing? What makes them different from games already on the market?

Right now I’m working on a 5-card storytelling game for Buttonshy Games, a “gateway” 4X game, a dexterity game for the GTG design challenge, a microgame for Level 99, a variant of NOIR, a game about the 1849 gold rush, a 54-card spy game about the Cold War (with Doug Levandowski), a large-box paragraph game called “The Island” with my design studio, Waitress Games, and a few other projects that haven’t made it out of my Google Docs folder.

Each has its own little twist or turn that makes it something “new”, and I’m excited for where each of these games is going!

What games are you currently helping with publishing? Why are they unique?

Well, we (Level 99 Games) have Millennium Blades live on Kickstarter right now! That’s the main focus. After that we’ve got various games for the Minigames Library, plus a few things in production at the office. 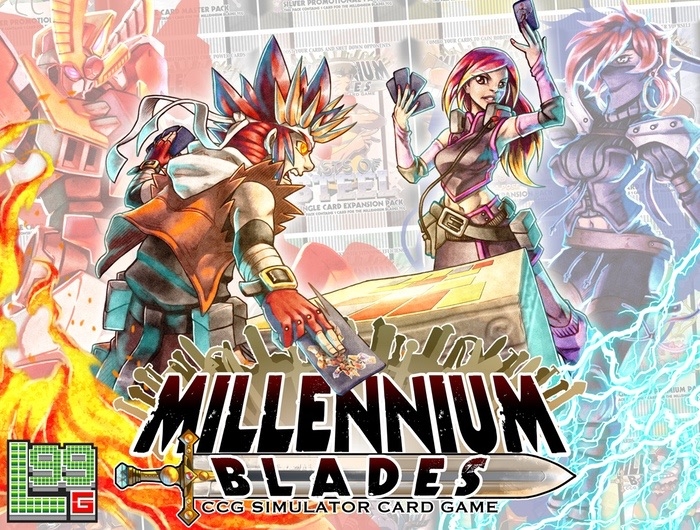 What is an issue you’ve faced with the work you’re doing on your next game?

Prototyping is always tough for me, because I work from home and I don’t have a printer or anything. That’s more of an excuse than an issue, I suppose – in general, games take playtesting, and even with DFW Nerd Night and all its members right here, it can be tough to get in the number of playtests that are required to make a game sing.

Tell me something most people wouldn’t realize about being a game designer.

Well, for starters, I think that folks don’t realize how small a barrier there is to being a “game designer”. It’s really easy – just come up with an idea, make a prototype, and play it with your friends. Boom, you’re a game designer.

Development is harder – that’s collecting feedback, making changes to the game, playtesting again, then rinsing and repeating until the game is where you want it to be. That’s tough, and it feels a lot more like work than tossing around ideas.

In a world where Kickstarter campaigns dominate the “indie” gaming scene, I think people fail to realize how different being a publisher is from being a designer. There are a lot of things publishers have to consider that affect the designs they choose to publish, including component type and quantity, card stock and quantity, art/graphic design, etc – things that beginning designers tend not to consider when making a game.

I’ve had success in getting games published lately, and I think a large part of that has been because I work for a game company and spend so much time evaluating Kickstarter campaigns. It’s given me some perspective that has made it easier to design with the publisher’s perspective in mind, which makes having a successful pitch a lot easier.

I think my favorite part of being a game designer is the ideation phase of design – coming up with a core concept, breaking it down in a document, then elaborating on various aspects of the design until I’m at a point where I can make a prototype. Those first few steps in the design process are always really exciting. Prototyping and playtesting are exciting but can feel like a necessary evil sometimes, though I still mostly enjoy them!

I also LOVE co-designs, and having the conversations that lead to better games because of partnerships, especially at conventions or in late-night Facebook messages.

Tell me about all of these things that you do with boardgames.

I co-host a weekly two-hour show about gaming called The Nerd Nighters (it’s on Wednesdays at 8:30), host Back It!, a show about Kickstarter campaigns (90 episodes), and I just started a channel for unboxing videos. I also run DFW Nerd Night and I’m the director of TABLE.

I also am the chief ambassador for Envoy and a contributor at The League of GameMakers, plus I write and edit reviews and interviews at www.nerdstable.blogspot.com, and I’m a staff writer at Ravage Magazine and Tabletop Gaming News.

How do you find time for all of this? That schedule would drive me crazy! 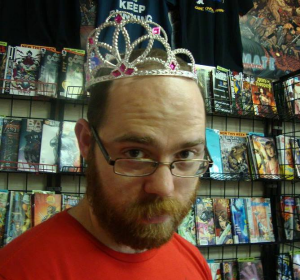 Lately I’ve been playing a lot of Chaosmos (one of the five games I’ve rated a 10/10, by Joey Vigour), Specter Ops (by my buddy Emerson Matsuuchi), and Shadow Throne (by the wonderfully talented Teale Fristoe).

I enjoy Chaosmos for its uniqueness and the human element that comes out while you play, Specter Ops for the elegance in design that leads to a very specific, enjoyable experience, and Shadow Throne because it’s the drafting game I always wanted to design but could never figure out.

In the last year I’ve taken big steps forward as a game designer, a content creator, and got my first full-time job “in the industry” at Level 99 Games, and in thinking critically about how to get better at each of these things, I came to the same conclusion – play more games. I’ve really focused on playing as many games as I can, as often as I can, and I’ve also tried to widen the range of games I play regularly. I’m on a mission to play 1,000 different games this year!

If given any option, what color do you play?

A big thank you to JR for taking time out of his insane schedule to chat with us. Check out Millenium Blades on Kickstarter, give his shows a watch, and wonder how he has time for all of this!