Matt Leacock is a well known designer. He’s known for Pandemic, Forbidden Island, and Roll Through the Ages, which are some really great games. I was fortunate enough to interview him about his newest Kickstarter, The Thunderbirds! 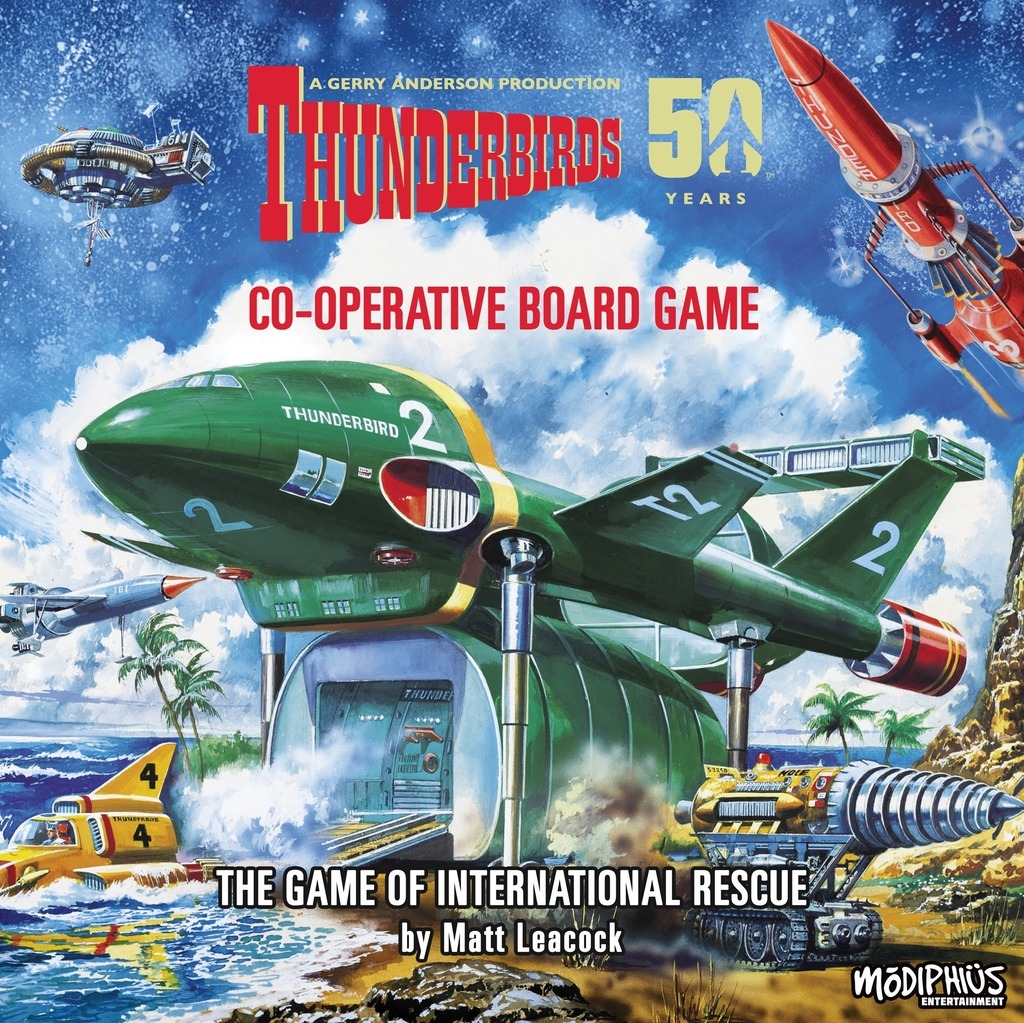 Was there an “aha” moment while you were designing Thunderbirds that helped make the game what it is today?

Yes, I had the tactical part of the game worked out—how the players travel from place to place averting disasters—but I hadn’t quite cracked the longer-term structure for the game’s strategic goals. Rob Harris (a developer working with Modiphius) and I had some working sessions together and together figured out a way to map the Hood’s schemes and events into a track along the top of the board. The track shaped communicated the strategic goals of the game, created a more appropriate place for the events I wanted to include, and helped create a narrative structure as well. Once that mechanism was in place, the rest of our energy was spent refining everything over many rounds of playtesting.

When you were starting the design of Thunderbirds, what things from the show helped shape the game, and in what ways?

From the start, we knew the players would take on the role of characters from International Rescue, flying around rescuing people. And we knew the vehicles would need to be a big part of the game as well. So, right away I had the characters, modes of transport, the stage (the world of 2065), and the challenge in the form of all the disasters that needed to be averted. The vehicles’ speeds helped define the size of the board: there needed to be enough room that Thunderbird 1 could really open up and fly quickly when compared to Thunderbird 4, for example. And the dice came into play as a way to have dramatic moments of tension (similar to the show) when players are at the edge of success.

What part of this game will resonate with someone who’s a huge Thunderbirds fan the most and why?

I think we’ve done a good job capturing not just the specific details of the show (the way the models are sculpted and the descriptive text and so on) but also the spirit of the show. You get to have fun in a world where teamwork, determination, and the right technology are all that is needed to save the day.

What about this game will appeal to people who have no idea what the Thunderbirds are and why?

Many things. While Chris has tested the game extensively with Thunderbirds fans in the UK, I’ve done the majority of my playtesting with people who have never heard of the show. The models immediately draw you into the experience, but it’s really a combination of the underlying challenge, the flexibility the game gives you to solve problems in different ways, and the quirkiness of the characters and vehicles that has been most appealing to people who haven’t seen the show. I was surprised how little familiarity with the show mattered when watching people play the game.

Have you considered a way to allow a player to play as the Hood? What complications or changes would that introduce?

Yes, a third expansion, currently in development, will let a fifth player act as The Hood (and against the other players). The Hood player will be able to develop schemes, place agents around the world, and attempt to uncover International Rescue’s secrets. I’ve created a number of new actions The Hood player can take to create even more mischief and havoc.

It’s hard to pick out one favorite bit. I enjoy prototyping a great deal. I love it when you start a new design and feel it really click and know you’re on to something. I also love the experience of opening up the shipping crate and pulling out that first printed copy. And I really enjoy meeting people at conventions around the world.

While I enjoy working from home—I love the quiet in the afternoons—I do sometimes miss working with a larger community of designers, product managers, and engineers all around. It’s a little harder to feed off that energy working solo out of a home office.

I’ve recently enjoyed Splendor quite a bit. I was surprised how many times I wanted to bring such a simple and straightforward game to the table. I enjoy the decisions it offers and was impressed with the overall product design. They really put a lot of thought into that package; it’s balanced well and they clearly thought about the weight and feel of the gem chips included, for example.

If given any option, what color do you play?

A huge thank you to Matt for answering my questions. Please check out Thunderbirds on Kickstarter now! 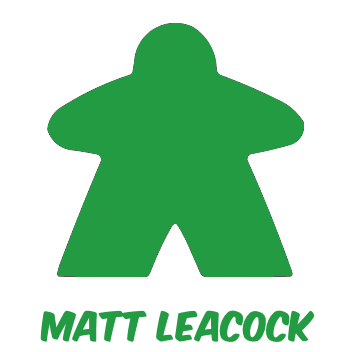