She blinded me with SCIENCE!!!

Before I went to Origins, I saw some information online for a game called Compounded. I didn’t know much about the game, but I knew it was about Chemistry, and I knew it was very pretty. I don’t want to say I’ll buy a game just cause it’s pretty, but I have to admit that I have done just that in the past. I also really wanted to get a look at it, as one of my good friends is a Chemistry Grad Student. I saw that the game was coming out through Dice Hate Me Games and that they would have at least a little information about it at Origins at their booth, so I made a point to learn everything I could find.

I got to meet the designer Darrell Louder at the Dice Hate Me Games booth and when I saw the game, I knew I had to try it. The gems, the cards, even the box looked amazing. We figured out when we could sit down and try the game. My friend, my girlfriend, and I sat down with two other people interested in the game and Darrell explained how the game worked and we got in a few rounds before the two other people had to go. Despite only getting through a handful of rounds, I knew I’d be one of the first people to Kickstart the game once it launches early next year.

With the five of us, there were fifteen compound cards dealt out to the table, referred to as the Research Field. Each player started with four elements pulled blindly from a bag. The game play is simple and elegant. There are four phases to each turn: Study, Research, Discovery, and Laboratory. Each player does the Study phase, then the Research phase, and so on. At the end of the turn, the first player marker moves and the next turn begins.

In the Research phase, each player places elements from their Work Bench onto any compounds in the Research Field. You don’t have to play elements only to your reserved compounds, so deals can happen between players.

In the Discovery phase, players draw elements from the bag to replenish their stock. They also can trade elements and favors with other players during this phase. This is where the social activity happens in the game, and players can help or hinder each other.

Finally, in the Laboratory phase, the finished compounds are removed from the table and players score the appropriate points from each completed compound. Once scored, the now empty spaces are refilled. Sometimes a Lab Fire card is drawn, and all flammable elements still uncompleted get a flame cube. If this fills a card’s spaces for flame cubes, it explodes and if there are any elements on that card, they’re pushed to the cards around them.

When we were two rounds into the game, I knew it would be one I would have to own. The game is pretty, yes, but there’s a lot of good game play in the box. With simple and intelligent mechanics, a great balance of strategy and luck, and a well designed interaction mechanism, I can see myself playing this game with everyone from my friends who love complex board games to friends just looking for a simple game to play while chatting.

Sadly, the game isn’t scheduled to be on Kickstarter until the first quarter of 2013. For the meantime, watch the Dice Hate Me Games page for Compounded, subscribe to the game on BoardGameGeek, listen to the episode of The State of Games where Compounded is mentioned (I was part of the “four hour demo”), and watch here because as soon as I get information about this great game, I’ll do my best to share it. 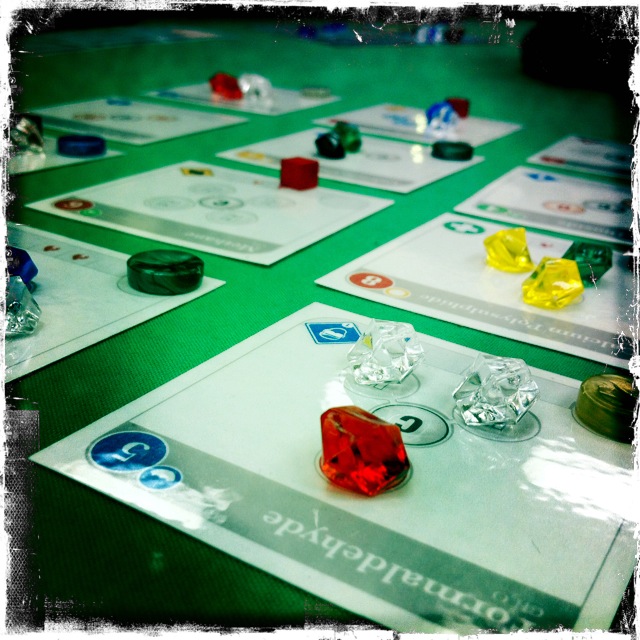 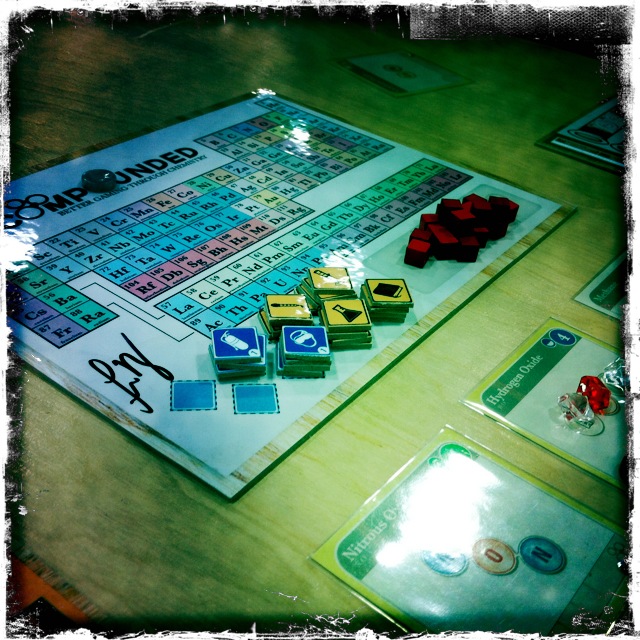 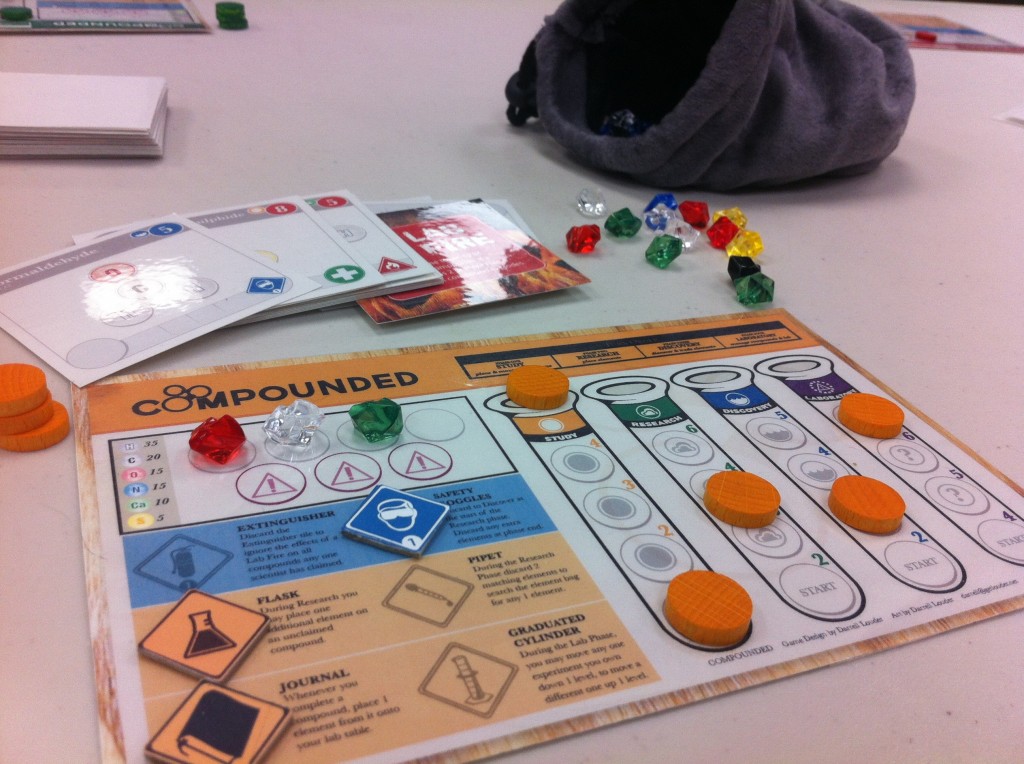