Before I looked at the Pixel Tactics series and what I think of the game play and latest version of the components. Now let’s sit down and take a look at the cards in Pixel Tactics 3 and what makes it different from the first two sets for the game.

First and foremost, the Leaders in Pixel Tactics 3 have more involved abilities. Experience with the original game will help a player appreciate the powers in this version of the game. For example, Arret Draamivar has the Leader ability, “You can recruit up to two extra heroes per row. Extend your playing field to the left and right by one column each.” This expands a player’s unit from eight heroes to fourteen, allowing for more active units at a time. This increase is obviously good, but once a player is familiar with abilities, these extra spaces become very powerful. 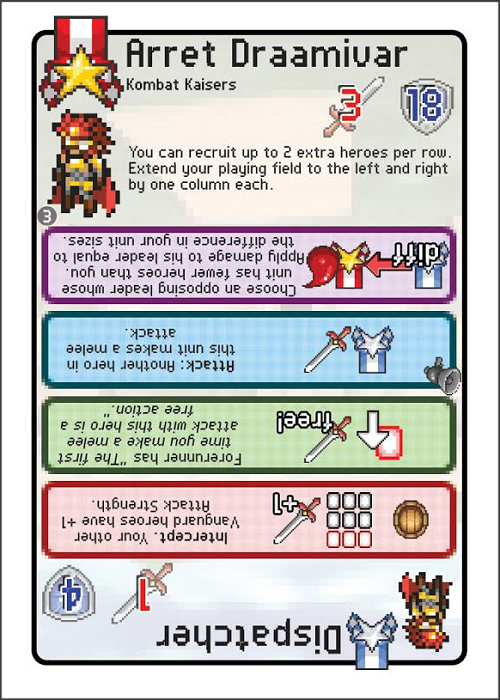 Another example of a bonus that is impressive, but more so to players of the game, is Aria. Her bonus reads, “Bonuses that affect ‘supporters’ and ‘forerunners’ apply to entire rows for your unit.” Some Heroes act as support for other characters in the game, which can improve another character’s stats or abilities. 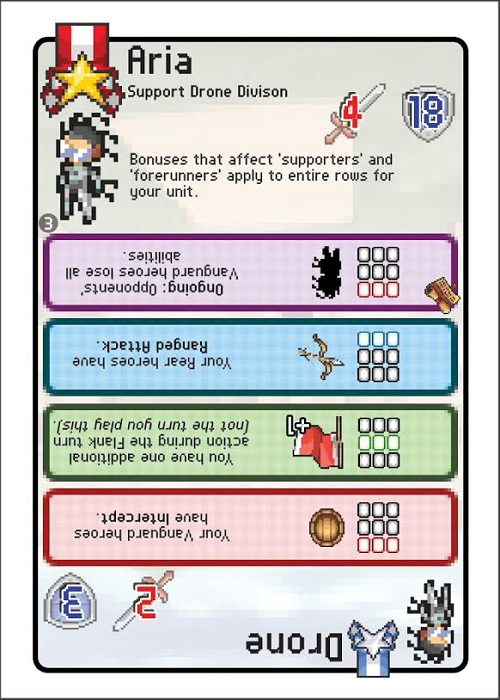 For example, the Dispatcher hero in the Flank position says “Forerunner has “The first time you make a melee attack with this hero is a free action.” This gives the player a free attack during their Vanguard phase. However, with Aria as the leader, this grows to potentially three free attacks during the Vanguard phase. Starting with Arret and Aria in your opening hand can make it a hard decision as to who to choose as your Leader. 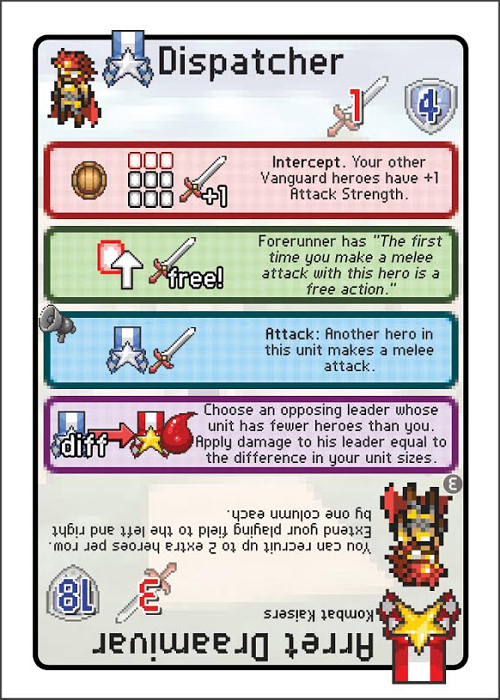 Some Heroes also have new kinds of abilities. The Golem Hero in the Vanguard position reads, “All opposing ranged attacks must target this hero. Your unit cannot declare ranged attacks.” This can drastically slow down the opponent, even if it’s only until the Golem falls. With eight defense, he has the highest defense of all Heroes in the expansion. 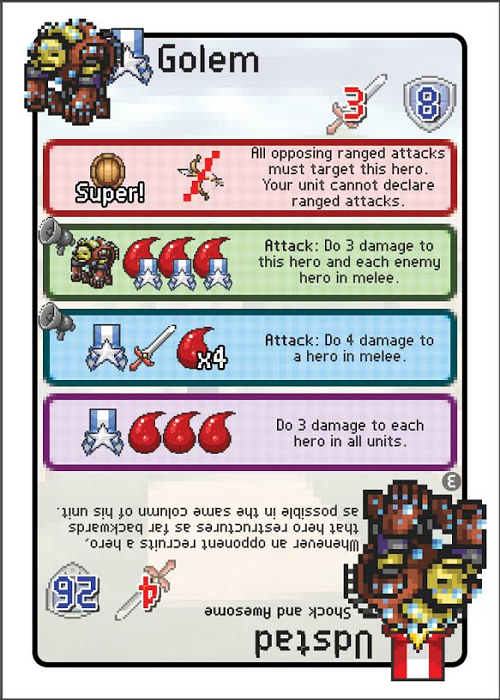 I think my favorite Leader from Pixel Tactics 3 is Cherri Seneca. Her power reads, “All actions are free actions for you. You cannot take the same kind of action more than once per wave. (You can only declare one attack, do one restructure, use one draw, etc.)” While at first this seems overpowered, not being able to do something twice in a round can severely change the way a player goes about things. The first turns in Pixel Tactics are usually spent recruiting to fill up your unit and protect your Leader. That is no longer the case with Cherri. The game changes to suit her ability and the player has to adapt their playstyle to match. This keeps the game fresh and fun. 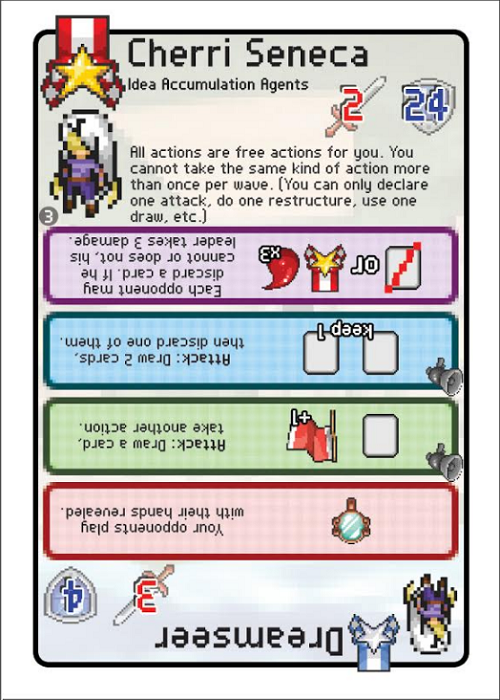 I would still suggest the original Pixel Tactics for players to start with as Pixel Tactics 3. The abilities are simpler and more straightforward in the base game. However, any of the versions of the game can be picked up and played by someone interested in the game. I love this series of games and can’t wait to see what Brad at Level 99 Games comes up with next!