Monsters and Maidens – A Preview

I received a prototype of Monsters and Maidens, a push your luck dice rolling game that’s aimed at coming out this year. Push your luck games are some of my favorite to play, despite the inability to do well at most of them. This one has some unique mechanics to it though. 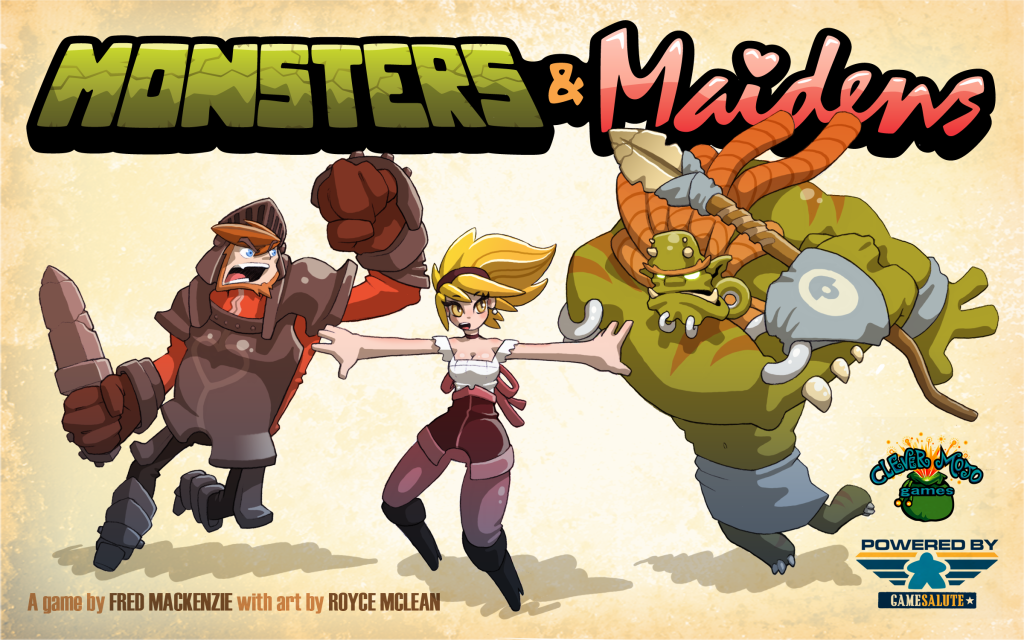 The first thing to notice about the game is that while it’s a dice rolling game, it’s not using regular dice. There are nine dice, three each of three colors. The faces on the dice are either monsters, maidens, or heroes. The Hero dice faces are 3 heroes, 2 monsters, and 1 maiden. The Monster dice has 3 monsters, 2 maidens, and 1 hero. The Maiden dice have 3 maidens, 2 heroes, and 1 monster. This means that each icon is as likely as any other on the total roll, but the individual dice have different ratios of icons. 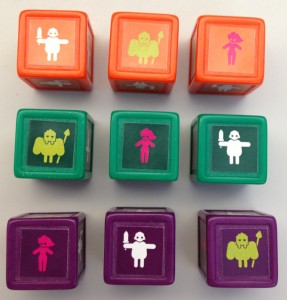 On your first turn, you pick up all 9 dice and roll them. All Maidens are placed on the Hero card, and each one that is there at the end of the turn will be worth a point. Then the number of Heroes and Monsters are compared. If there are more Monsters, the difference between the Monsters and Heroes is the number of Maidens moved to the Monster card. So, if I’d rolled the results above, I’d have three Maidens on the Hero card and none on the Monster card.

I then get the opportunity to roll again or pass my turn to the next player. If I roll again, I pick up the Heroes and Monsters and the same rules as above apply. If I had Maidens on the Monster card, and I rolled more Heroes than Monsters, then each extra Hero would allow me to move a Maiden to the Hero card. If I ever roll and get only one kind of result, the Heroes or Monsters are resolved and my turn is finished.

There’s certainly an interesting push your luck aspect to the game, but the differences on the dice actually add some strategy to the game. If I have more orange dice than green dice, it’s likely that I’ll get more Heroes when I roll. Of course, relying on that to happen means it won’t. The balance between the luck and the strategy is well done and while a simple game that takes around twenty minutes, there’s a lot of fun inside. The game project opens up on Saturday on JumpStartCity.com, a new crowdfunding site that also starts on Saturday.

Update – June 28th: The game is now able to be backed on Jump Start City! Click the image to check it out! 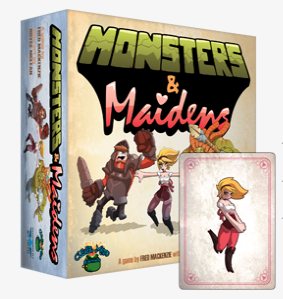