I took a wrong turn at Albequerque – Tsuro Review

I often find myself drawn to more strategic games, some that can take more than an hour to play. But I can’t deny that there is still a place for shorter games that are meant for fun, especially with certain groups of people. Tsuro is a game that scratches that itch.

Tsuro is one of a few games that I take to certain social events at work, such as team picnics. The games that I take to these events have to be on the shorter side, quick to explain, and easy to understand by gamers and non-gamers alike. Tsuro takes about twenty minutes to play and just a few minutes to teach. I’ve never had any issues with people picking the game up quickly. It also is a fun game to watch if the players really get into it, which helps create more interest. Tsuro is a game that works well to introduce non-gamers to the hobby. 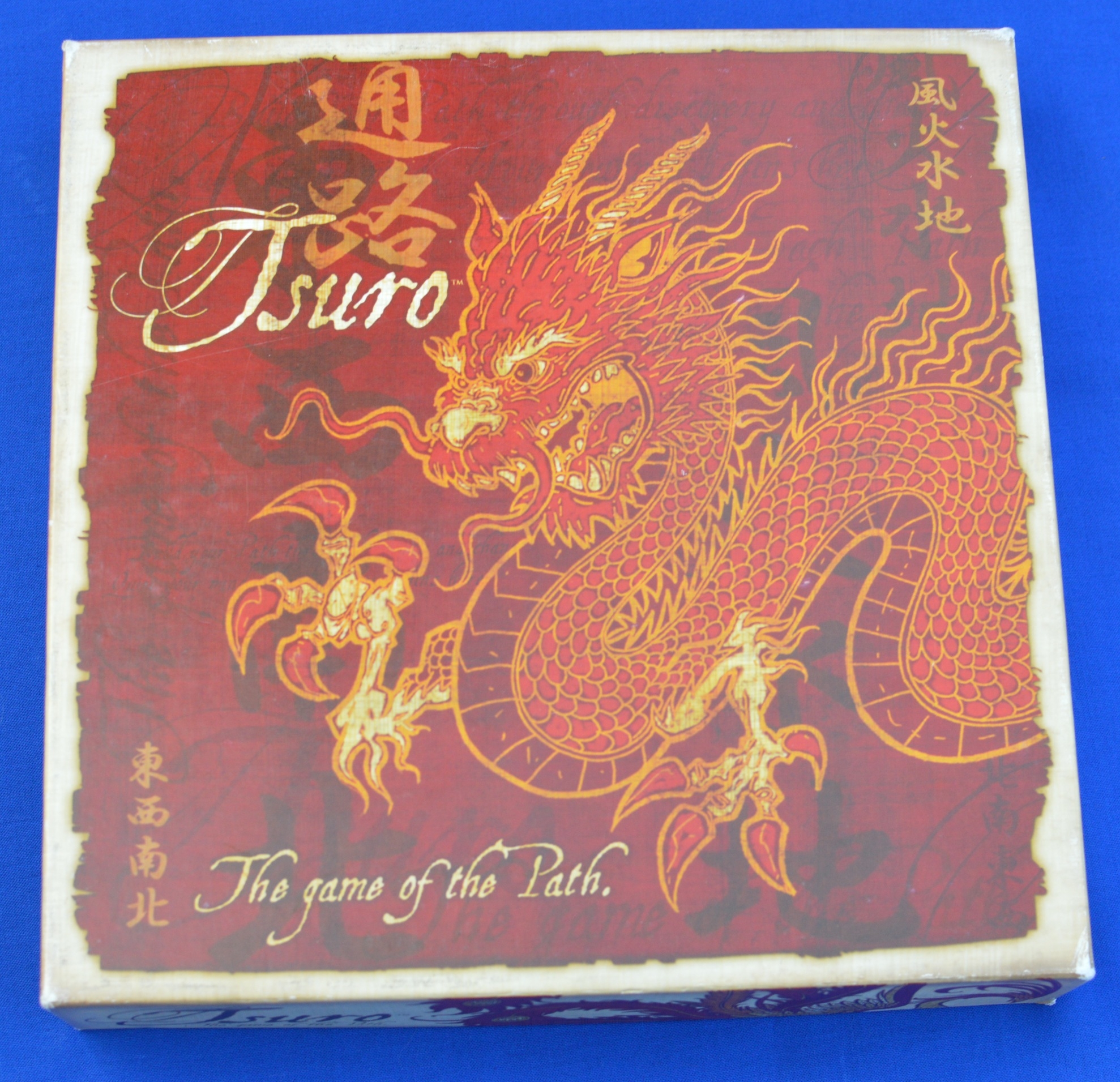 The game play is fairly simple. Each player gets a hand of tiles that have paths to and from points on the card, two on each side. The goal of the game is to be the last one on the board. You start at a point on the edge of the board and on your turn, you’ll add a tile to the front of your path and move as far along as you can. 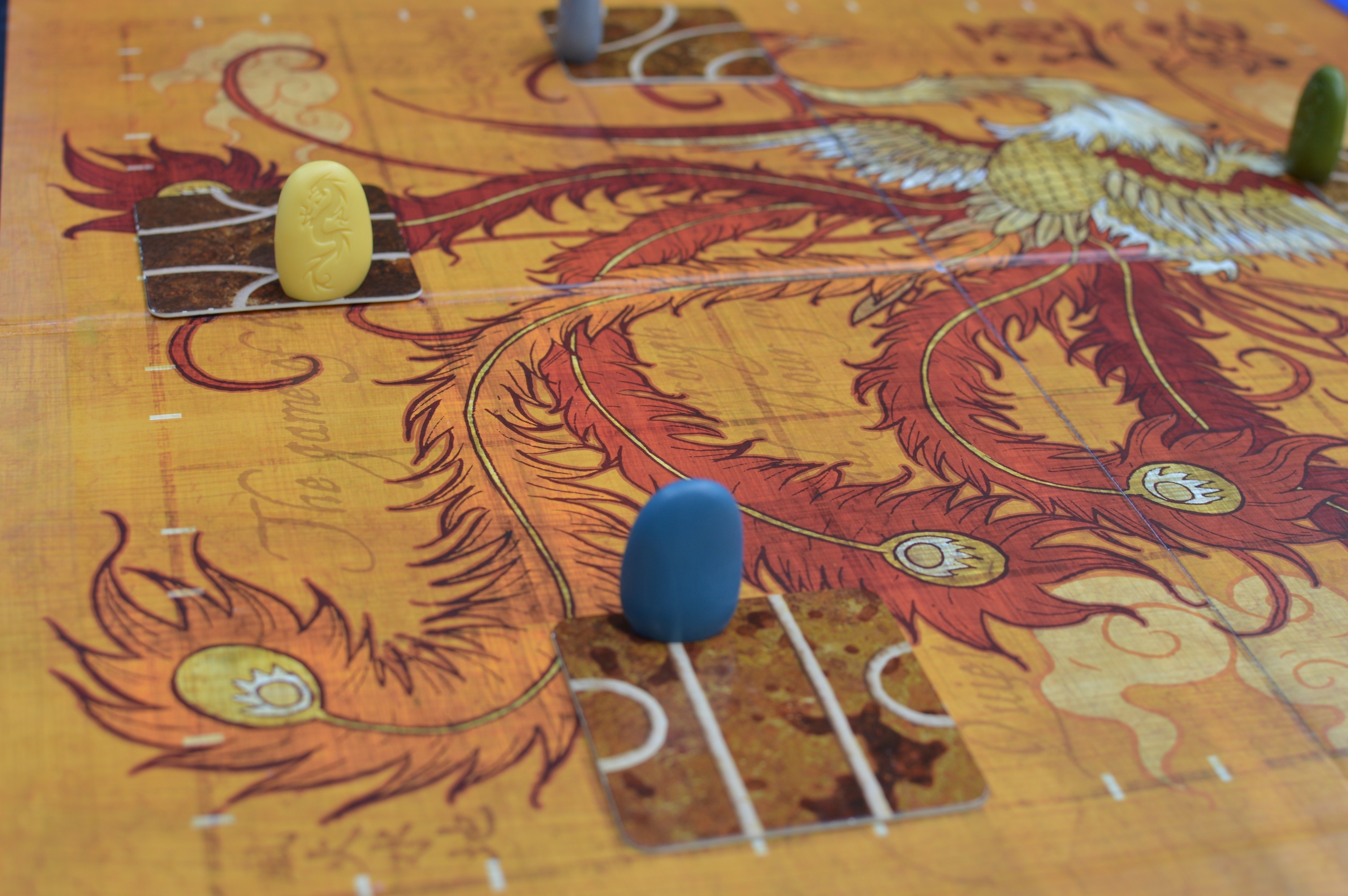 This means that you’ll only be able to affect yourself at the beginning, but when players start getting close to each other, tiles can impact multiple players. The struggle to stay on the board becomes harder the longer the game lasts. As the game plays quickly, you’ll easily be able to play another round. 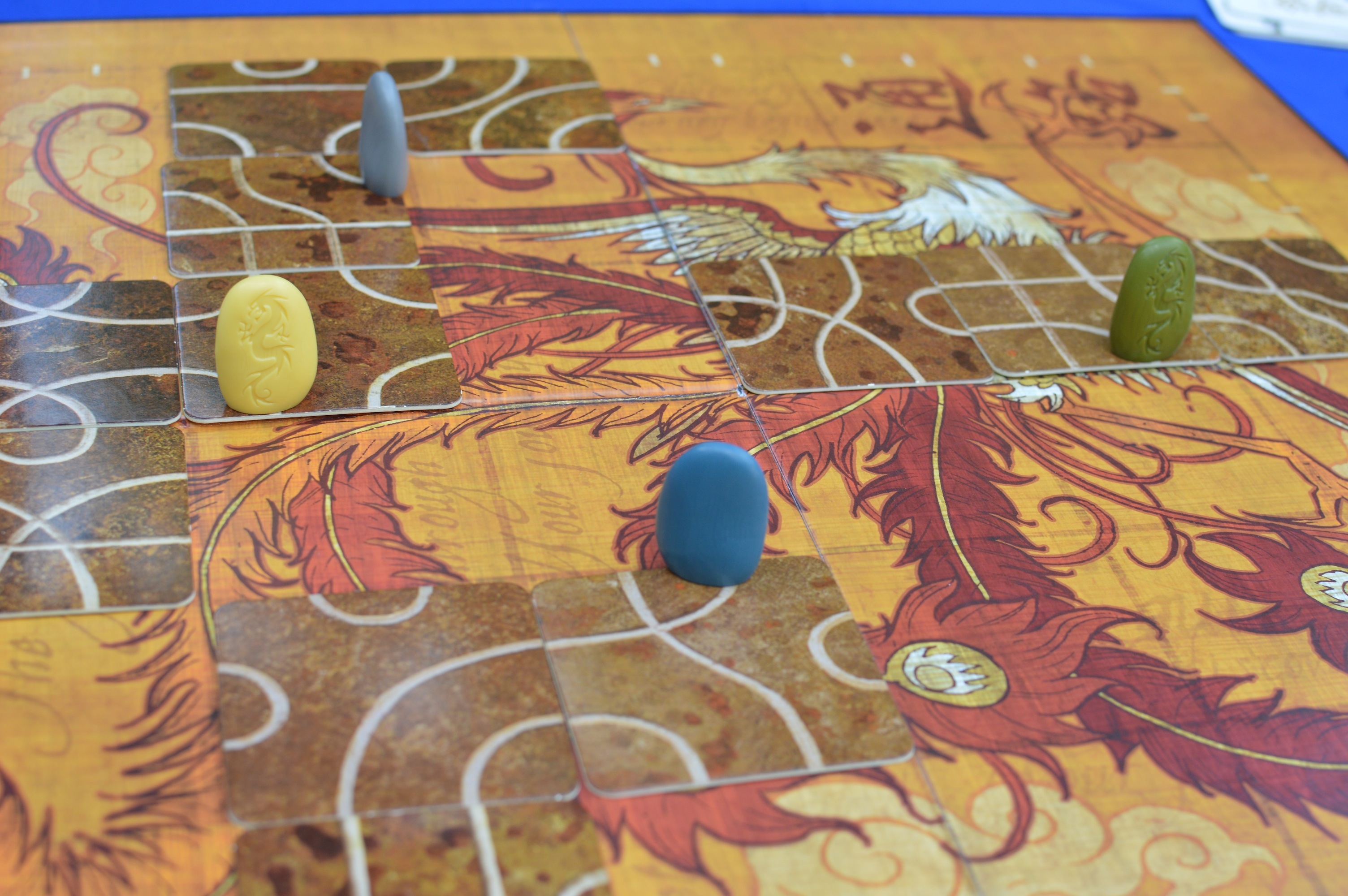 A few turns in

Tsuro is far from a deep game where you have to plan multiple turns ahead of time. Having an idea of where you want your path to lead is good, but with only three tiles in a player’s hand, the options can be limited.

A sample hand of tiles

But instead of detracting from the game, this makes it shine. Many options that are simple to understand and evaluate makes this game great to play with everyone. I have yet to see a person who can’t handle how the game works, including kids, grandparents, and coworkers. People who don’t understand hobby level games love playing Tsuro because it is simple and very approachable. 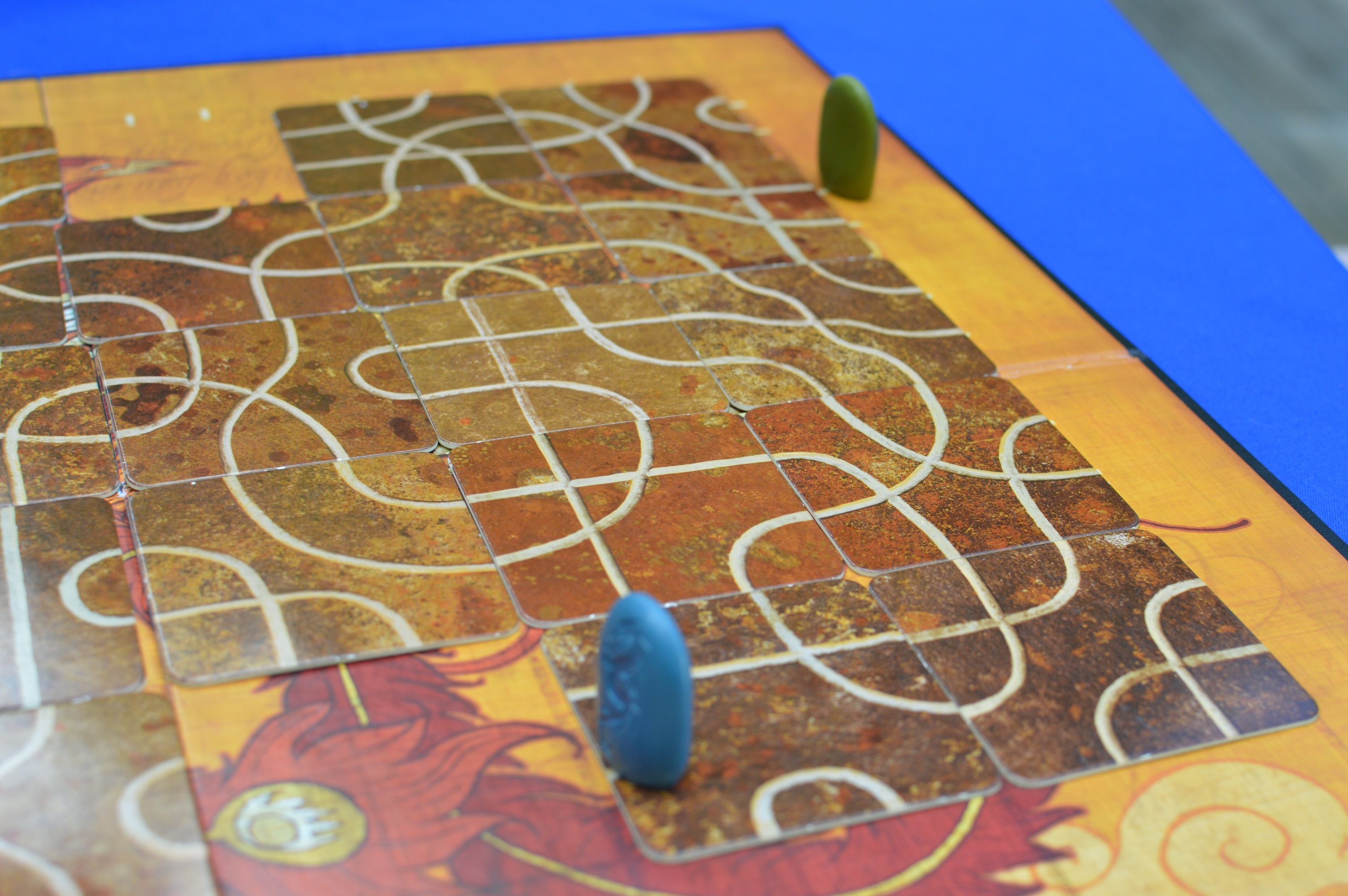 One of the best things about this game is that it plays from two to eight players. Although the game changes with the number of players, it’s still chaotic but rewards smart play. The main issue with the full complement of players is that there are seven tiles added to the board between your turns, meaning planning ahead can be challenging. I think the game is best with four, but I’ll still play it with any number of players. 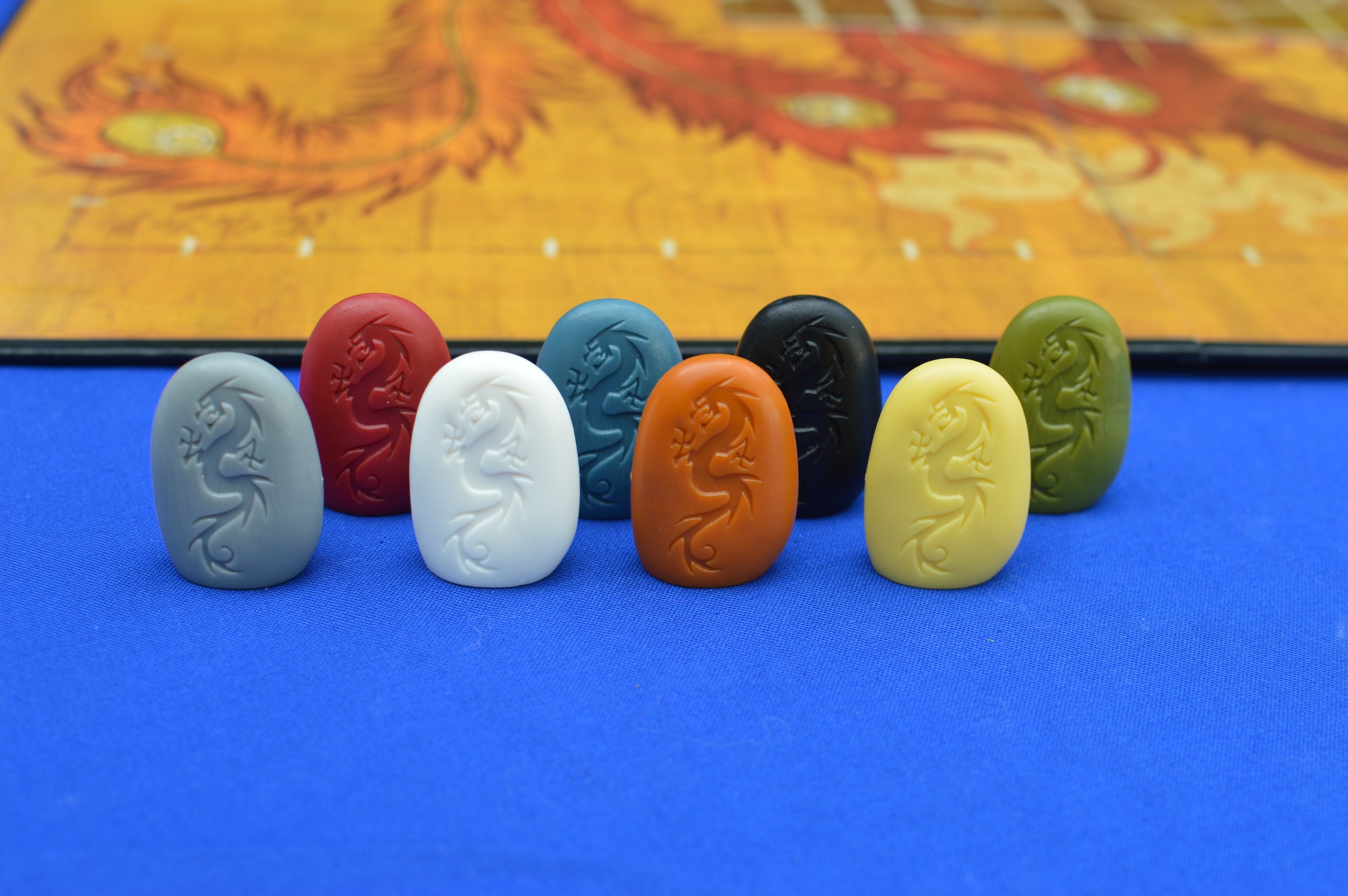 To help spread the love for this simple game, Calliope has agreed to help me do a giveaway. They’ll send a base copy of Tsuro to the winner of the drawing below, including anyone outside the US.