When I went to Origins, I was contacted by Jason Kotarski about a game that he and Philip duBarry were working on. He offered me a chance to play with a prototype if I’d give it a review, and I agreed. I’ve liked previous games by both designers, so let’s see what they can do with their combined efforts. 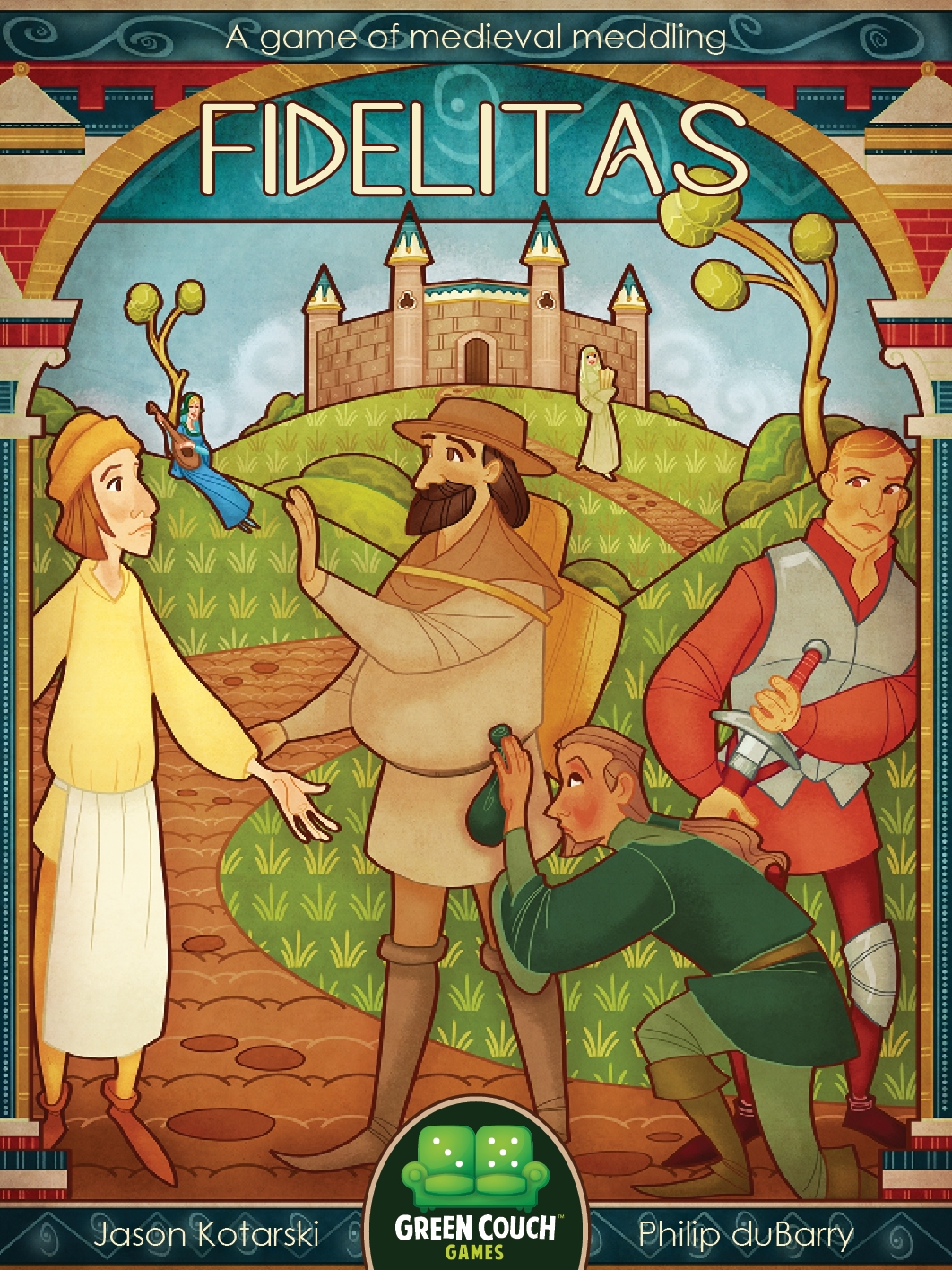 Fidelitas is about winning the favor of certain people or groups by having members of society in certain configurations. There are two kinds of cards in the game: Missio and Virtus cards. Missio cards are worth points if a player is able to fulfill the requirements on the card and are worth one to four points. Virtus cards represent the townsfolk and have abilities that activate when played. The game is centered around the town, made up of five location cards that have two sides each. For example, there is a card that has the Manor Courts on one edge and the Magistrate’s Office on the other, both locations belonging to the Judiciary Guild. These five cards are laid out in a row and make up the ten locations that Virtus cards can be played. The order of the cards is set, which wasn’t completely clear in the prototype that I received, but I’m sure that this issue will be addressed in the final version.

Virtus cards have guild icons on them. The locations belong to one of five guilds as well. When a guild member is played, they must go to one of the locations that match their guild. For example, the Shopkeeper can be played to the Market or the Warehouse because they share Commerce guild icons. If a Virtus card has a guild icon that isn’t represented at a location, then they may be played to any location. Characters like the Swindler and the Soldier can be played anywhere in this manner. As the Tavern has no characters of its own, any character can be played to either side of the Tavern location, but their ability is ignored in this case. If a player adds a character to the Tavern, they must also discard a Missio card and draw a new one. 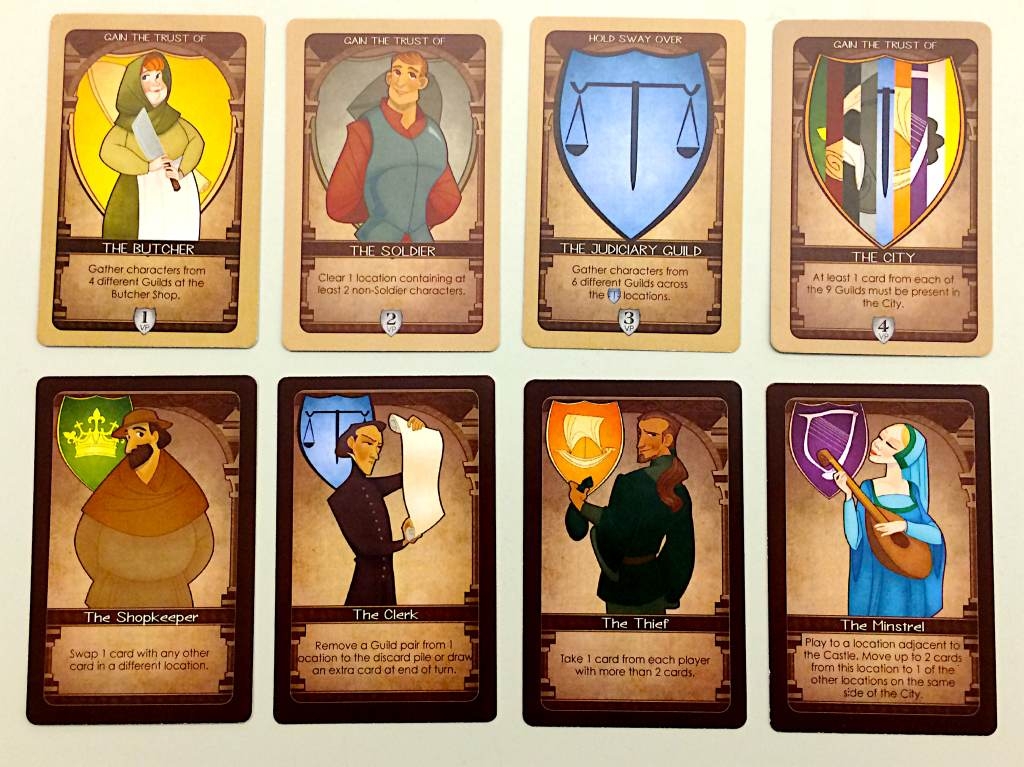 A few of the Fidelitas cards

Virtus cards usually allow the relocation or discard of other characters in the game, which helps to meet the requirements on a Missio card. The game is played to a set number of points gained from Missio cards. The difficulty of some of the Missio cards varies, and starting with two four point cards can make the work to score the points difficult. The earlier mentioned Tavern ability helps with this situation.

The gameplay is mostly straight forward, adding characters to locations that benefit you, using character abilities to potentially block other players. There is an element of chaos to the game in not knowing what another player is doing, especially when a player usually only has two Virtus cards to choose from. Working to prevent another player from gaining points is difficult, but once scored, the player is after a new objective. This can become frustrating, but if players focus more on scoring their own Missio cards, I find that it cuts down on this issue.

The art and design of the game is gorgeous. Jacqui Davis has created Disney-esque characters that fit the game very well. The card layout by Darrell Louder is well done and cards are easy to read and distinguish between. The prototype feels very complete and finished, aside from a few word changes that have come with playtesting. The game is quick and fun for two to four players and pulling off a come-from-behind victory is one of the best parts of this game.

Jason and Philip will be putting the game up on Kickstarter later today. Check out the game, and if it looks like something you would enjoy, consider backing it. I know I’ll be supporting the project.

Update: The project is live on Kickstarter now!