Origins 2018 is over and done. More people than ever! My schedule was packed with meetings, but I got to check out a lot of cool games. Now that I’ve returned to the normal world, let’s take a look back at the convention. 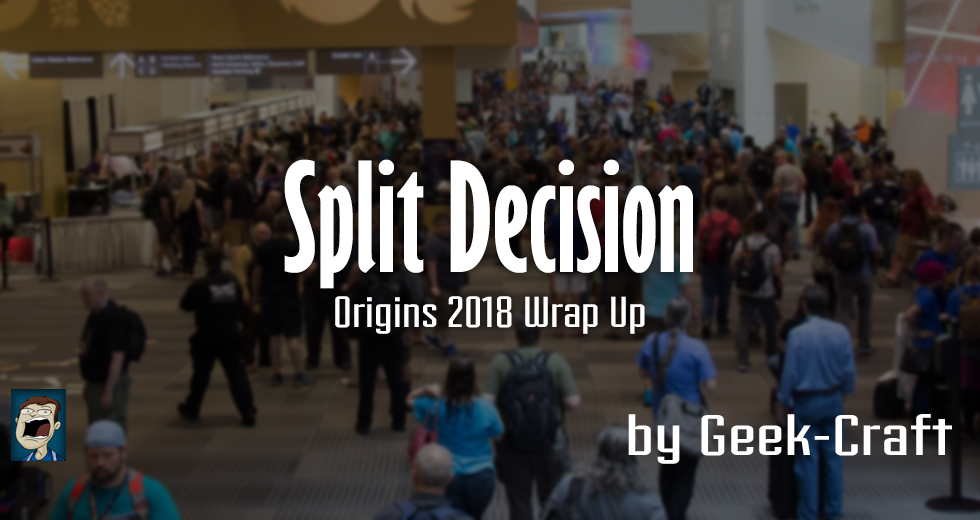 From the Origins site:

This increase in attendance is good, but the increase in turnstile attendance is huge. This means not only are more people coming to the show, but people are attending more days of the convention. Thankfully with all of the recent renovations, it didn’t feel too crowded.

One of the big issues I had with how the convention changed this year was the split open gaming areas. The exhibitor hall was in Hall B, and two of the main open gaming / event halls were Hall A and C. There were times when I saw people running through the exhibitor hall to get to an event from A to C. There were also people who were looking in Hall C for an event being run in Hall A. The division of a single space did not seem to benefit anyone aside from having slightly less noise, but that’s not normally a real issue for the show.

One of the things that Origins did right this year, whether through changes or just random chance, is the handling of open gaming spaces. There were a lot of open tables this year after the events shut down, and most of those tables were available for gaming. This meant lots of gaming could happen for anyone, not just the few who were able to secure a table like last year.

I played six different games at Origins, with only one of them being something acquired from the show floor. This year was much more focused on spending time with publishers and seeing what they had brought to the show.

As you can see, just a few meetings with various publishers, but it ended up being a very good convention for support. There are a lot of companies that had their first Origins this year, and it was great to see them supported by the community. That being said, it was great to see the veteran companies in attendance as well. I brought home a bunch of games to demo and review, and I’m really excited to get them to the table. You can see those games in this geeklist or check out the photo below. 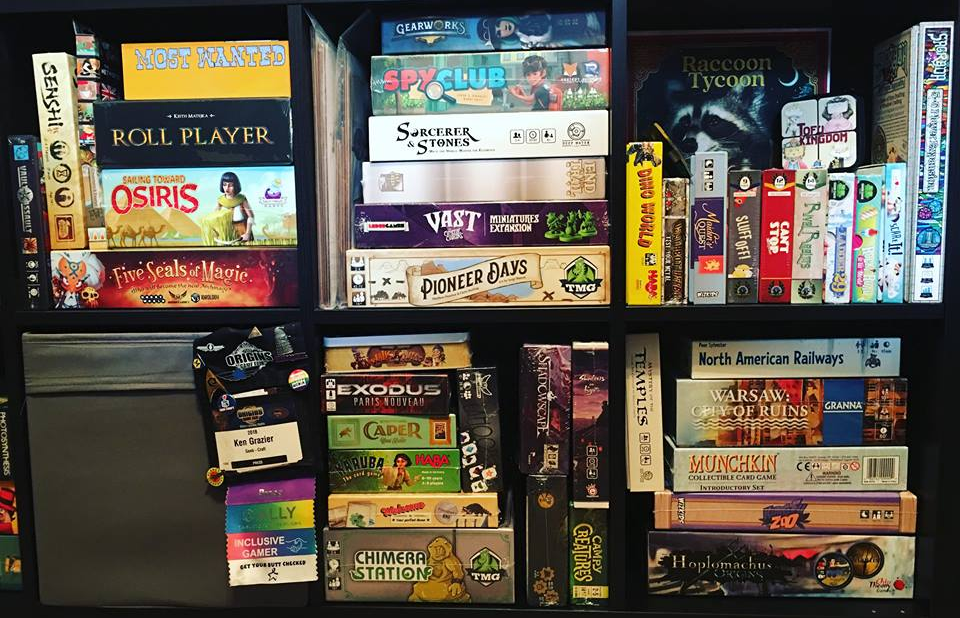 I’ve also managed to play a number of those games since Origins, and overall they’ve all be very good games. I’d like to get them played a bit more before I post full reviews of them, but these games have hit the table so far (again, alphabetical order): Can’t Stop Express, Caper, Hoplomachus: Origins, Kung Fu Zoo, Maiden’s Quest, Most Wanted, North American Railways, Pioneer Days, Roll Player, Sagrada: 5 & 6 Player Expansion, Sailing Toward Osiris, Scare It!, Senshi, Shaky Manor, SteamRollers, Triplock, Walk the Plank, and Welcome To…

After a lot of changes, this year was a great Origins. There were some issues, but there always are. I appreciated the extra open gaming space, but the division of the spaces just made things really confusing for all parties.