A Year Of Gaming

Another week of gaming, acquisitions, and events. This time with some weighty packages and some heavier games, but also some light games and goofy fun.

A Year Of Gaming

A Year Of Gaming – Setting Up and First Plays

I want to talk more about gaming, so here’s the first post of what I hope will be a useful series. A weekly post about games I’ve been playing, games I’ve picked up, games I’m going to be teaching, and whatever else I can think of! 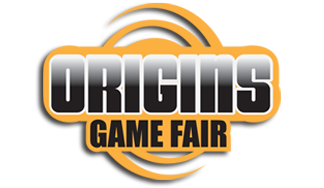 Origins is just two weeks away. While it won’t quite compare to the events of last year, Origins 2015 is looking to be a lot of fun. I’m excited by a number of games that’ll be shown in Columbus.

It seems February is going to be a month of gaming and demos, both at Gamers Haven and the new Great Lakes Game Emporium. If you’re in either area, please consider coming to one of the demo events. This Saturday, February 2nd, will be a Sentinels of the Multiverse demo day at Gamers Haven from 1 to 4 PM. Come check out the game, maybe we’ll even get to play with a harder villain! On February 10th, I’ll be running Mayfair games at Great Lakes Game Emporium from 1 to 4 PM. The guys running the store have even said...

Here I am to save the day! – Sentinels of the Multiverse Review

While I enjoy playing competitive board games, there is a part of me that enjoys cooperative ones as well. Working with the other players to solve a problem or beat the game can be a great change-up from the usual “gotta come in first” game play. I enjoy some of the more well-known cooperative games, like Pandemic or Arkham Horror, but I also know that some people have issues with these games because one player can end up telling the others what to do, commonly called quarterbacking, and it turns into a one player game. I feel that Sentinels of the Multiverse...