Yellow There! – A Review of Museum Heist

With all of the games that came out at Gen Con, sometimes the simpler ones are easier to get to the table. Museum Heist has a very easy to learn rule set. But simple rule sets sometimes result in simple games that aren’t interesting. Should you Van Gogh and get this one or is it not worth the Monet? 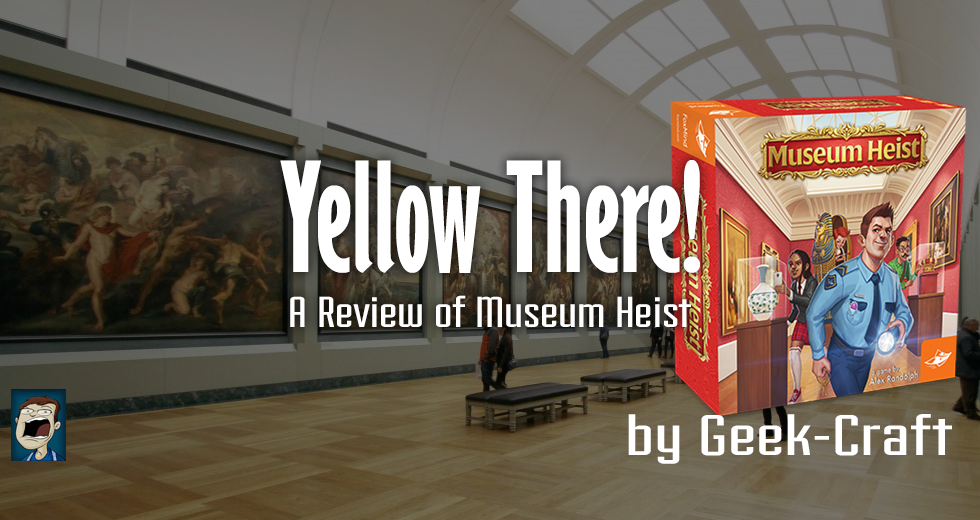 Museum Heist is a game for 2 to 4 players where each player is trying to collect the priceless artifact from the museum through less than legal means. At the beginning of each round, a piece of jewelry or painting (hereafter referred to as treasure) will be placed onto the board, which is made up of a 9 x 9 grid with four trap doors. There are seven characters on the board as well, and some will be closer to the treasure than others. Each player will then secretly choose one of the characters that they believe will get to the treasure first. 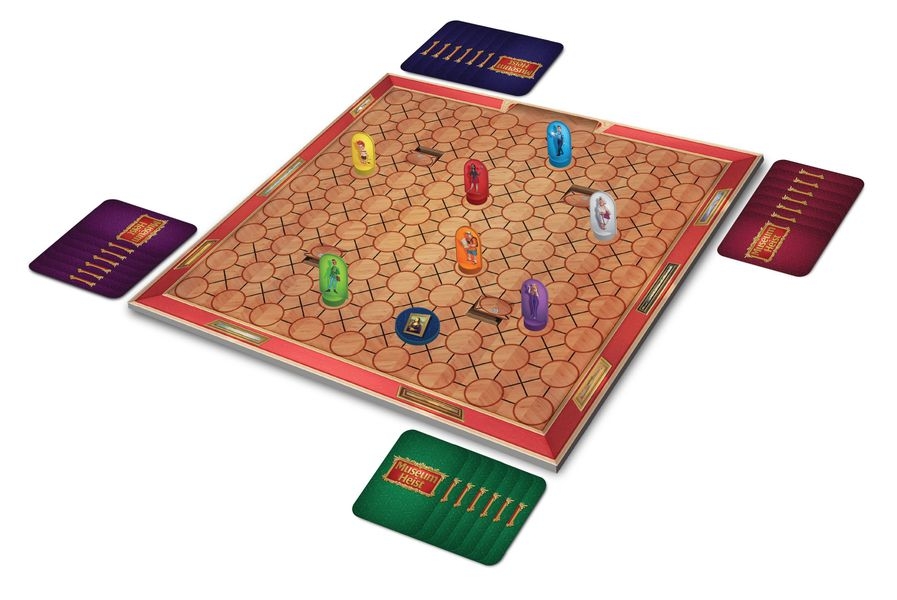 For example, if another player is moving the red school girl character most turns, what is their strategy? Did they select her? Did they pick a different character and want to throw you off of their plan? Maybe the other character they’re moving is actually the one they chose… unless it isn’t… 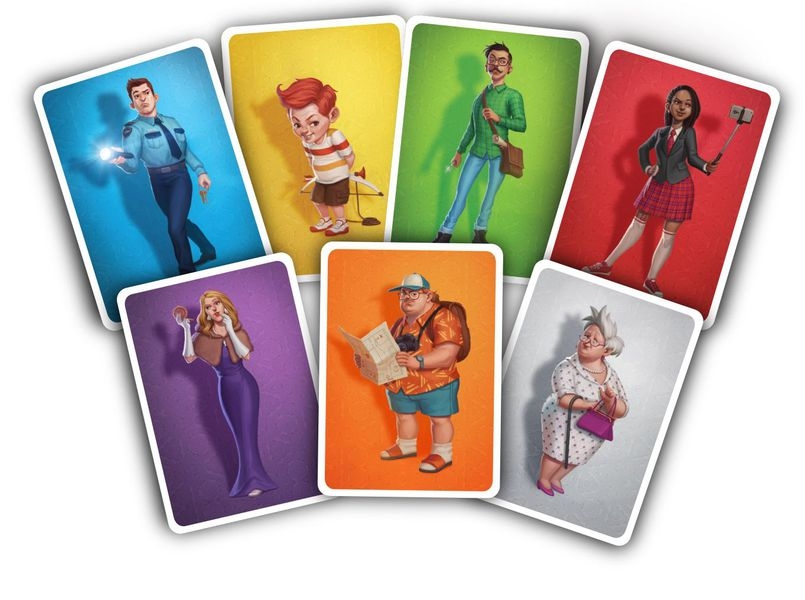 A player can also swap two characters on the board by using one of the two Swap Tokens they get at the beginning of the game. This can help you by letting you move one piece towards the treasure, only to swap it out with the character you had actually selected.

The other thing a player can do on their turn instead of swapping or moving a character is challenge another player. If you believe you know which character another player has selected, you can challenge them. You declare which character you believe they had selected at the beginning of the round. If you are correct, they reveal their card to everyone and you win the round, collecting the treasure immediately. If you are not correct, that player then secretly shows you their character card and you are out for the round. If at any time only one player is left, they immediately take the treasure and the next round starts.

The art in the game is cute. Each of the characters looks a little shady, and the idea of a small child or a security guard taking a treasure is fun. The board looks like a museum, but clearly shows how pieces can move. The different treasures are all things that have actually been stolen in history, which I thought was a nice touch. The game is very easy to teach and quite fun once people realize that the challenge in the game isn’t in out-maneuvering the other pieces, but out-thinking the other players. It’s a quick game that is easily reset and replayed. I think it’s a wonderful game that would be a great introduction to game theory and reading other players. The pieces for the game work and the simple components make the game work. It’s a simpler game, and that may make some people shy away from it, but the first time I played this was a two-player game, immediately followed by a three-player game, immediately followed by a four-player game. I think it’s a great introductory game for people who are new to the hobby or a nice filler with a bit of thinking in it.

What do you think of games where you purely play against the strategies of the other players? Do you enjoy them as much as games where luck is a large factor? Let me know in the comments!