Leder Games was kind enough to send me a prototype of Vast: The Crystal Caverns. I enjoy dungeon crawling themes and games that be played solitaire, so how do these combine in this game? Does it result in treasure or is it a fruitless quest? 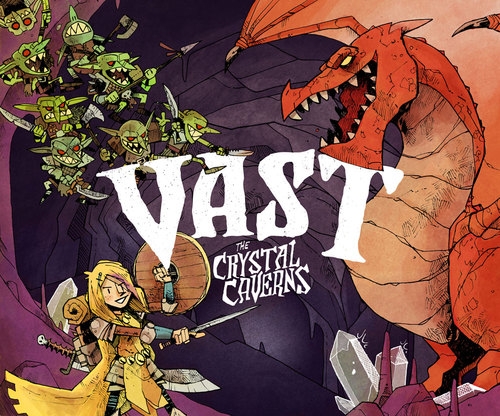 While the copy I received is a prototype, all aspects of the game are final. The game is a dungeon crawl where one to five players compete against each other. The goal of each player changes based on which other characters are in the game. In the game, players can take on the role of the Knight, Dragon, Goblin, Thief, or Cave.

Yes, you can play as the Cave in this game.

The winning conditions change for each player. The Knight has to kill the Dragon to win, but if there’s no Dragon in the game, that becomes difficult. If there is no Dragon, the Knights goal is to smash 5 crystals in the cave and then escape. These goals are laid out clearly for each player during the game.

Each character plays differently, which adds more replayability to the game. The Knight uses a cube assignment system to give more movement, encounters, or strength. The Dragon uses icon combinations to perform various abilities. Goblins build up over turns and move around in tribes. The Thief builds up stats and tries to steal from the other players. The Cave uses tokens drawn from a bag to invoke different abilities. Along with the tokens and pieces that each character needs, they also get a large player board that helps remind the player about how their character works and what their end goal is. 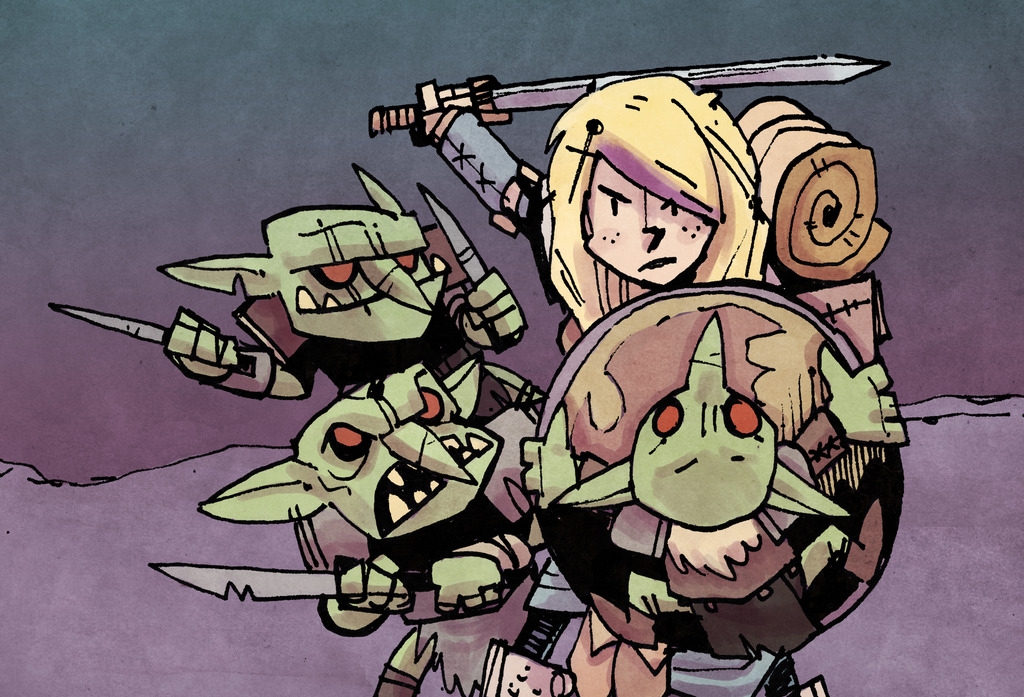 The Knight and Goblins

The players have to strategize against each other to make sure that no one player runs away with the game, which is part of where the genius in this game shines. There isn’t usually what I would call negotiation, but when there are three or more players, there is a lot of table talk about the threats that each player poses. Part of the game is about making your enemies seem like bigger threats than you are to everyone else at the table. Obviously this doesn’t come out in a one or two player game, but it’s an interesting aspect to the larger player counts.

The rulebook is split up well into sections for setup, how each character works, and how the characters interact. However, there is a lot going on in this game, so frequent scans for a specific rule are common. Once the players get more familiarity with both the rules and the general flow of the game, the frequency of these checks will decrease.

The art in this game is perfect for the design. The different characters look still sketched and not perfect and shining. It’s like they’re running around and getting dirty in the cave. The female knight is a great touch, and it doesn’t feel forced or out-of-place. The fact that she has actual armor is awesome. The Dragon looks hungry, the Goblins look sneaky and conniving, the undying Thief looks worn. The art fits the game and while dark, it’s all very fitting for the game. 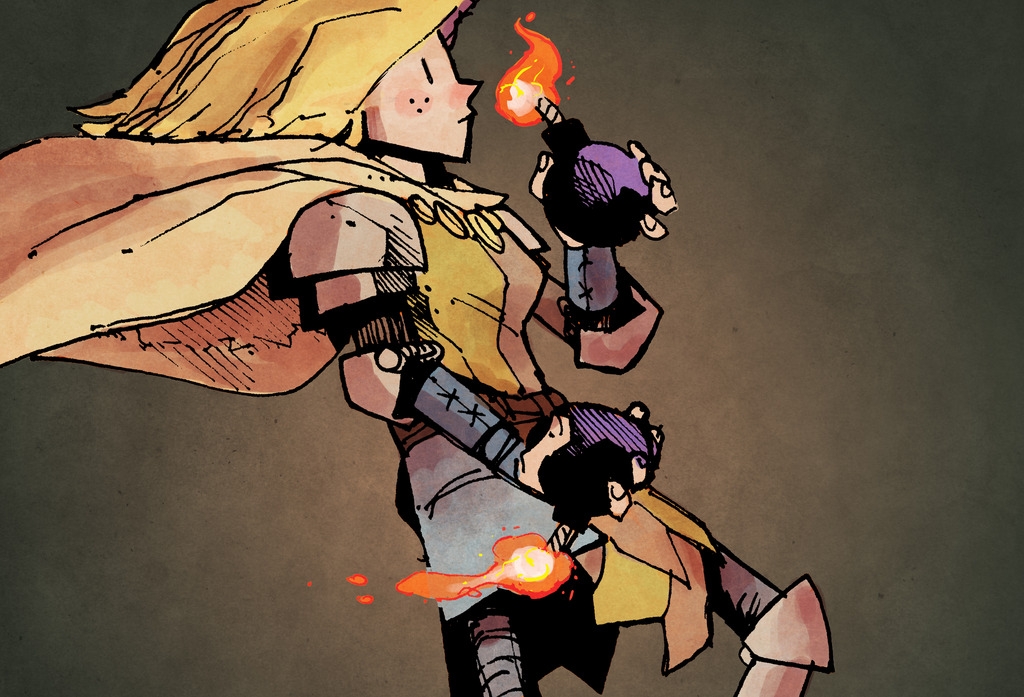 The Knight with her bombs

The largest hurdle in learning this game is explaining to each player how their character works. Every player should pay attention so that they will know how each character works. This will take more time than learning most other games, but the game play is worth the time commitment up front. The solitaire options are well done and offer the owner a chance to play the game on their own and see how the different characters feel, giving them experience and helping them teach the game to others. There are also five difficulty cards for each character to help balance the game for new players against experienced ones.

While not the best game to bust out on your friends, this game will offer a dungeon crawl unseen in other games. The character interactions, the changing goals, and the different ways to play the game make it shine. I can’t wait to see what Leder Games does with this idea and how far they take it. If you like the idea of different roles and exploring a cave (which may be controlled by a player) and are willing to put the time in, this game would be well worth checking out.