I’ve been talking with some friends about things to do to make games just a little bit better. I think there are two main categories of upgrades to games, additions and replacements. I’m a fan of both, and want to talk about what it can do to a game.Additions are things that get added to a game to help organize it, enhance the theme, but don’t replace pieces that are already in the game. These are frequently playmats, extra rules, and modifying the included parts. Replacements are things that you use to make the pieces stand out more or work better for the theme. These are usually replacements for tokens or other pieces in the game. The common term in the hobby for improving a game via replacement parts is “pimping.” 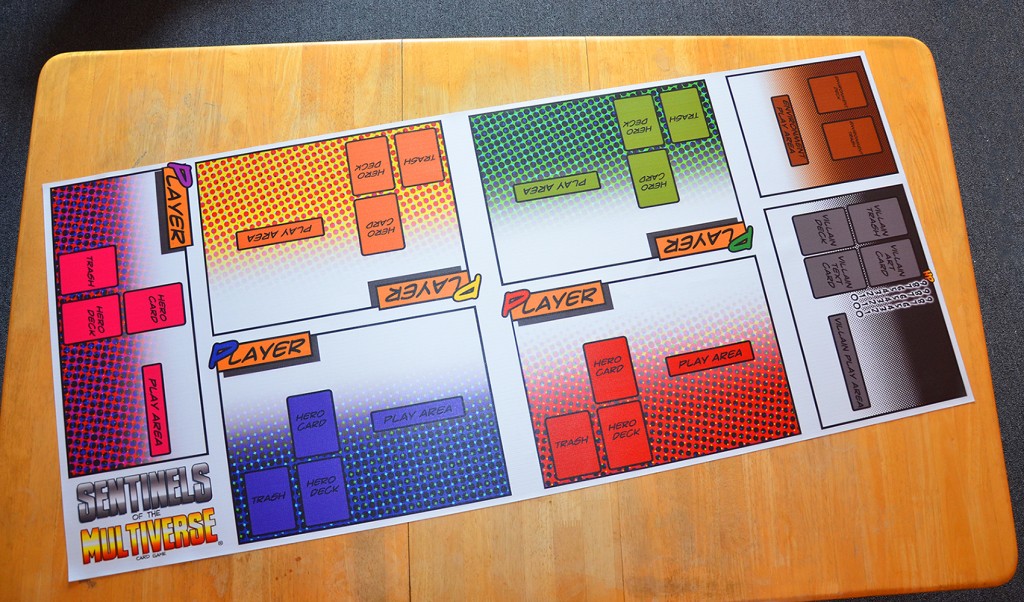 Sentinels of the Multiverse playmat

As someone who teaches a lot of games, having clear and concise rules can be very helpful. Unfortunately, that’s not always what comes in the box. I’ve found that the printable rule sheets over at Headless Hollow are wonderfully useful and give me the exact details I’m after when I need a quick refresher.

If a game comes with miniatures, it’s easy to paint them so they aren’t just a single color. I’ve been planning to paint my minis for Mansions of Madness since I got them game. Of course, finding the time and patience to do it can prove difficult.

Puerto Rico is one of the highest rated games on BoardGameGeek, and I think it’s a lot of fun. Part of the game revolves around shipping goods off and getting a profit from doing so. When you ship off goods, you place your goods onto a cardboard boat with squares indicating how many goods it will hold. Some people thought this could be done better, and someone even hand carved boats to use in the game. 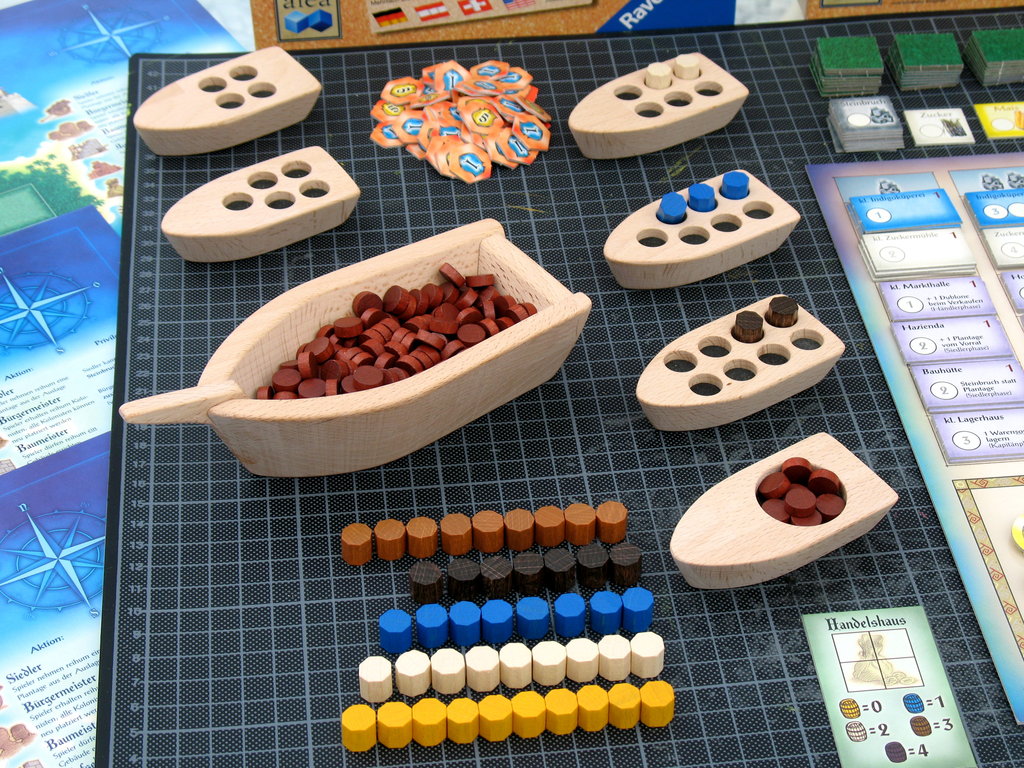 A very common replacement is changing out the cubes in the original printing of Agricola for wooden animals. This became such a widespread practice that Z-Man games started including the wooden animals instead of the cubes with their later printings of the game.

So what have you done to change your games and make them shine just a little brighter?