I’ve set up personal gaming goals for a few years as a way to push myself to play more games. This hasn’t ever been a difficult thing, as I love trying new games. In 2018, I decided to change up the challenge. Instead of 100 new-to-me games, I’d break down a few different, smaller goals. How did they go? Let’s find out. 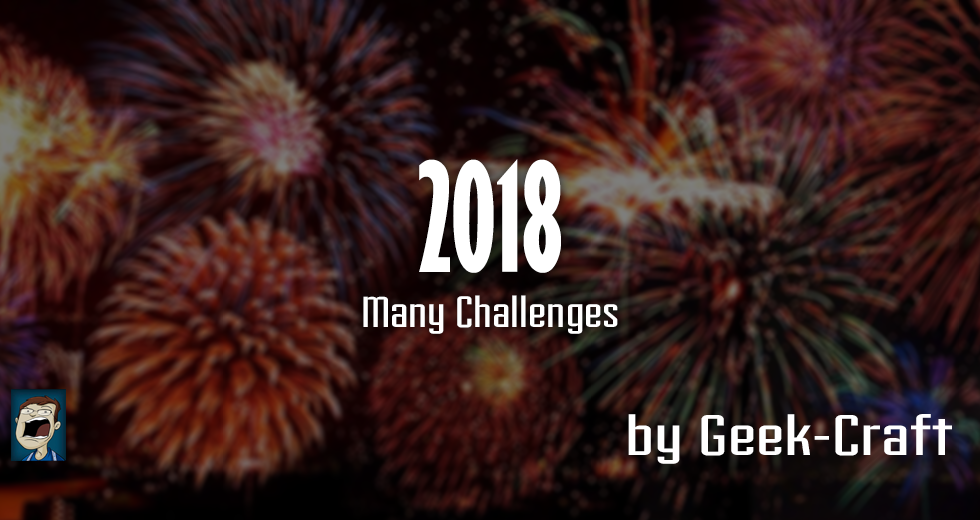 I broke down the challenge into 4 different goals and 1 extra category. I wanted to track Games from the Collection, Solo Games Played, Games Purchased, and Games Sold, and I figured if I was tracking those, I should track New-to-Me Games as I have in previous years. My goal was to play 50 games that I hadn’t that I owned, 25 games solo that I hadn’t played solo before, purchase 25 or fewer games, and sell at least 25 games.

As a reviewer, I tend to acquire a number of games, both through review channels and purchases where I “know” it’s a game I’ll like, so I bought it. It’s why I have so many games today, arguably too many. A lot of them had never hit table, so my main goal this year was to play 50 of them that I hadn’t played before. There were a lot of good games – Anachrony, Battlelore, Limes, Ogre, and Sherlock Holmes Consulting Detective were at the top of the list for me from that set of games. I learned that past me had good intentions, but that doesn’t always work out. I’m someone who appreciates a large variety of games, and this appreciation helped me enjoy this goal. I got to 37 out of 50, so I didn’t meet my goal, but it was a good challenge.

My wife Sam and I came into this year knowing she would be getting brain surgery just after Origins. I’ve always enjoyed solo games, both as a way to learn a game and as a puzzle to push myself to play better. As we both thought she would be out of commission for gaming for a while, I thought that playing games solo that I hadn’t before would be a good ambition. I set the goal at 25 games. KOI, the Penny Papers series, Sprawlopolis, Sunset Over Water, and MetroX were the big hits in this category. I enjoyed all of the solo games that I played, and it was interesting to see the different ways a solo game can work. It can be set up as a goal to break a high score, like in Caverna. It can be a single player play through a game that is multiplayer solitaire, like Brikks. It can be played against an AI that cheats to make up for a lack of smart decisions, like in KOI. Overall, I enjoy solo games and will still seek them out. I got to try 21 new solo games this year, pretty close to my goal of 25.

With all the games in the collection, I decided to make a conscious effort to reduce the number of games purchased. Of course, the bills that came for the hospital visits and doctor appointments this year were good reasons too. I’ll admit, I did add a few exceptions to this rule – if I purchased a review copy of a game or if it was an expansion to a game that didn’t stand on its own, I didn’t include it. I’m happy to note that most of the games that I purchased this year even got to the table as well, which helps me feel like I’m playing games and not just buying them. Arkham Horror: Third Edition, Let’s Make a Bus Route, and Tokyo Highway were the big hits of the year for me from this group. I managed to only purchase 24 games, meeting the goal of 25 or fewer!

Again, with the number of games in the collection, some of them needed to go. They could be duplicates, or games that just won’t ever hit table for me. I’m a firm believer that there are very few bad games. A game may not be fun for you or your group, but that doesn’t mean it’s not a great game for someone else. I sold 9 games through my own channels and 121 in the flea market at my FLGS! The store credit generated from that has helped cover the purchases I have made since then, but it was also good to get some games gone from the collection.

I did track the new-to-me games that weren’t solo plays as well, because I enjoy seeing that number at the end of the year. I documented 126 games that were new-to-me games this year. They ranged in year published from 1977 (Ogre) to 2019 (Empyreal: Spells & Steam, Tsuro: Phoenix Rising, Fantastic Factories, and Victorian Masterminds). The biggest new-to-me games of 2018 were Noch mal!, Werewords, and Button Men. All light games, easy to set up, and with lots of replayability. I also played 106 of those games only once this year.

If you track your stats, there is a number called the H-index. This is the number of times X games were played X times. I managed to get an H-index of 11 this year, one I’m rather proud of. It means I would have met the common goal of playing 10 games 10 times each with a game to spare.

One of the big things that happened this year is that I earned my Game Designer flair on BoardGameGeek. I made an AI player for Trainmaker and when it got picked up by AEG, they included my steam engine in the rules. It may not be my own game, but it’s a step in the right direction.

There were also other challenges this year, not game related. I will note that this may get a bit personal and may come across as complaining – Just want to explain what else 2018 was for me.

At the end of 2017, Sam was diagnosed with moderate rheumatoid arthritis and a Chiari 1 brain malformation. She had brain surgery scheduled for June 21st. That surgery went well, but it still was a toll on both of us. At Gen Con, she wasn’t feeling well and on the Sunday of Gen Con, August 5th, she was rushed to the hospital after becoming non-responsive. After recovering, we found out that her spinal pressure was at 54.5 (normal is 8-15), and she had another brain surgery on August 24th. She went back to work on October 1st, with coworkers excited to have her back. She attends a sheep and wool festival every year in New York, but this year she hit a deer on her way there on October 18th. No one except the deer was hurt, but the car was in a repair shop in New York for over a month to get fixed. Shortly after getting it back, we were driving to PAX Unplugged and a rock hit the windshield while Sam was driving. Again, everyone was fine, but it was just another thing to add onto this year. Overall, it was a very emotionally and financially draining year. I want to thank our friends and family for staying with us, helping us, and being there for us. Sam is now doing well, but is on a lot of pills, has many doctors, and will have a lot of follow up appointments in the new year.

You can see the geeklist here for my 2018 challenge. It’s a lot of game to go through, but if you have questions about any games, I’d love to answer them! As for goals for 2019, I have a few ideas in the works, but I will put those in a separate post.