The Nintendo Switch features heavily in this week’s post. So does Cthulhu. Are they connected? Read more to find out! (The answer is no) 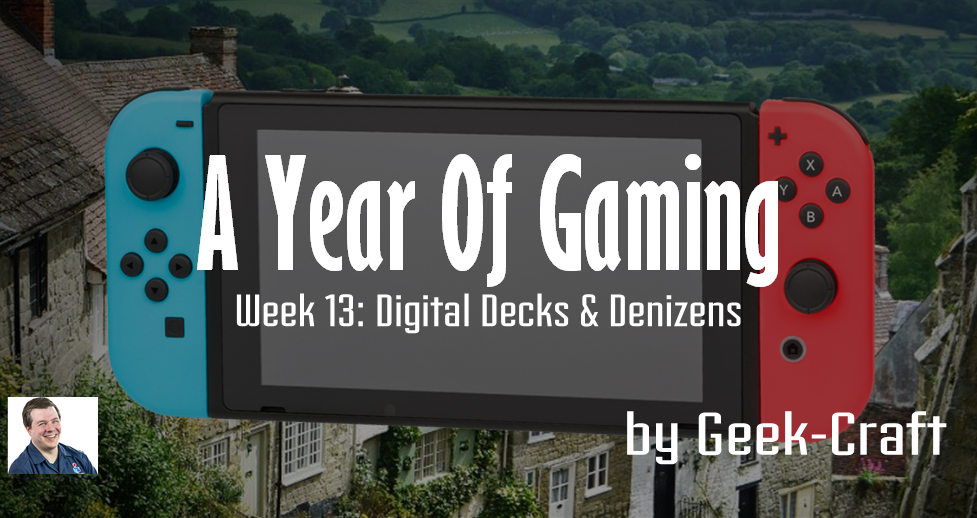 This article references the time between March 23rd and March 29th, 2020.

No board games hit the table again last week. I mean, it’s kind of expected – I’ve been feeling a little bit of cabin fever, been dealing with headaches, etc. Hoping that’ll change this week. However, I’ve been playing some other video games. More Witcher 3, but that’s really been low on the order lately. Slay the Spire, a digital dungeon crawling, deck building game, got updated on the Nintendo Switch to add another character, so I’ve been enjoying that. I also picked up One Step From Eden, which has been interesting, but is certainly a different kind of digital deck building game than Slay the Spire. Finally, Animal Crossing: New Horizons is out. My wife is a huge fan of the series, so this has been like adding oil to a fire. I’ve played a bit, and enjoy it as well, but not like she has.

Some games arrived last week, which I’m excited to play, though I’m not sure how well it’ll play with just me and my wife. Evil High Priest is a worker placement game about summoning a Lovecraftian god and hopefully being their favorite once they’ve arrived. I like the theme a lot, and I’m hoping it plays well with two. They also sent me the Blood Ceremony expansion, which adds more monsters to deal with.

The other thing in the box from Petersen Games was Ghoul Island: Act 1. Now, anyone who knows me knows that I get along with most RPGs like a a cat with a job – it just doesn’t work. I appreciate them for what they are, but I don’t have much of the imagination required for such games. My good friend Alex, on the other hand, is a huge RPG fan and is currently working on a review of the Dishonored game system for the site and has added Ghoul Island to his list.

Been playing Animal Crossing online. If you ever wanna visit, trade some fruit, meet some of my villagers or vice versa, reach out and we’ll get a session going. Or if you happen to have a really good price on turnips from Timmy and Tommy.