I played games! Real physical games! Well… One. But that and a fair number of digital games made this a decent week of play. 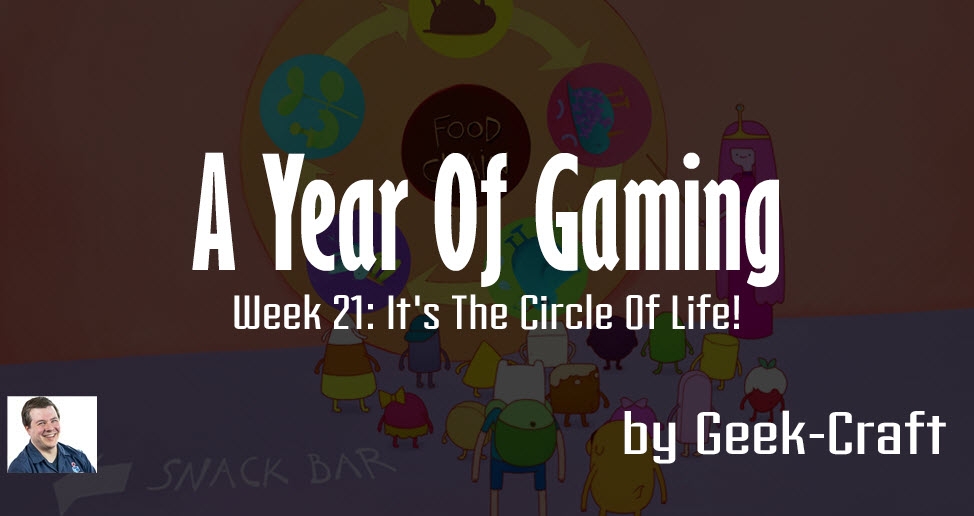 I got a fair number of plays in compared to recent weeks. I made up a copy of Food Chain Island, a solo game coming soon to Kickstarter from Button Shy Games and Scott Almes. I think it’s more of a puzzle than a game – there’s perfect information and no one else to change things or impact the play – but I still liked it a lot. It reminds me of the peg solitaire puzzles, which I enjoy analyzing. My buddy Eric Buscemi did a write up about the game as well, which you can see here.

Speaking of Eric, I taught him Big Dig over Skype after learning to play Rolled West with my wife. Big Dig is easily described as “Dig Dug the board game without the license.” It’s a polyomino path laying game with dry erase boards and a variety of goals. The game takes all of 10 minutes to play and is a great filler title from Tasty Minstrel Games. Rolled West is also a small box game from TMG, but while the components are well done and the game works, it just kind of fell flat for us. It’s not bad, but there are other roll and writes I’d rather play.

No new games made it into the house this week. Well, technically a prototype version of Dollars to Donuts arrived, but that’s not staying as it’s for review purposes, so it doesn’t count.

I did get my Microsoft Surface though, which I got to participate in more digital board gaming and game design. It also means I can play a variety of PnP games, especially roll and writes, with no need for a printer! What games that would work for that are your favorites?

I have scheduled some more games to be played on Tabletop Simulator. In Too Deep and Roar and Write are on the calendar, and I’m excited to play both games. What digital board games have you been enjoying? What should I play next?