This recipe calls for a variety of diced herbs. Wait, no, dice and herbs. And some Kool-Aid? What kind of recipe is this? 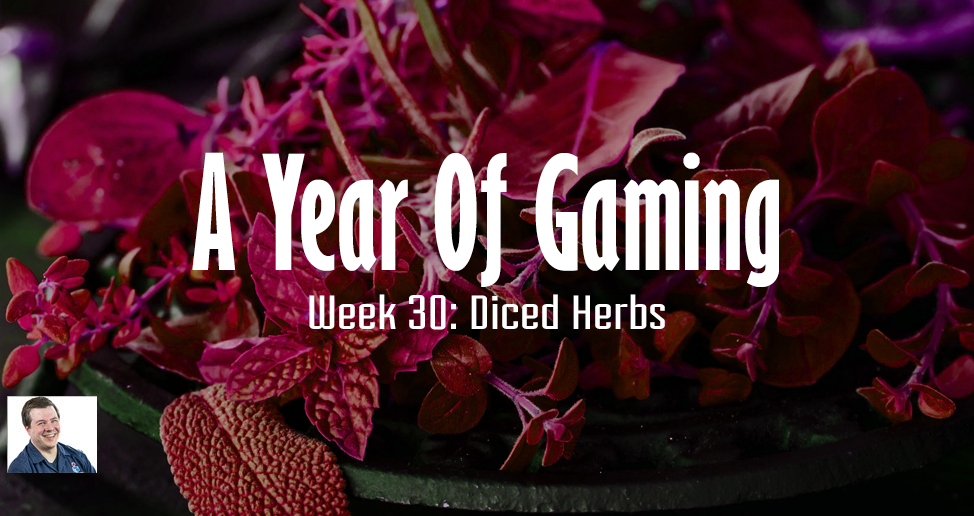 This article references the time between July 20th and July 26th, 2020.

I got two different games to the table, though neither of them were new to me. Roll to the Top! hit table… or, to be honest, couch… again. It’s such a light roll and write with little thinky bits. It’s so good and if they ever make an iPhone app… I’m done.

Herbaceous hit the table as well. It’s a great two player game that my wife loves to play. She beat me two out of the three games, but I still really enjoyed it. It’s a great game to play and still be able to have a conversation during.

I had to go to Target to get some household stuff recently, and since Funko Games has sent me a number of Funkoverse titles, I thought I’d pick up the Kool-Aid Man while I was there.  It’s silly and over the top, but I appreciate that it’s a different character for the game. Now if only I could get it to the table.

I’ve been playing more with the 3D printer. I now have filaments in every traditional player color, as well as some neutral colors. This way I’m prepared for making game inserts with player specific parts. I’m looking to learn more Fusion 360, a great 3D modeling tool, so that I can work on making my own insert designs. Do you have a game you’d love to see an insert for? Let me know and I’ll see what I can do!