This week has games about cats, games about fish, and a few other games. Maybe you want to play some games with me? You can always drop me a line. 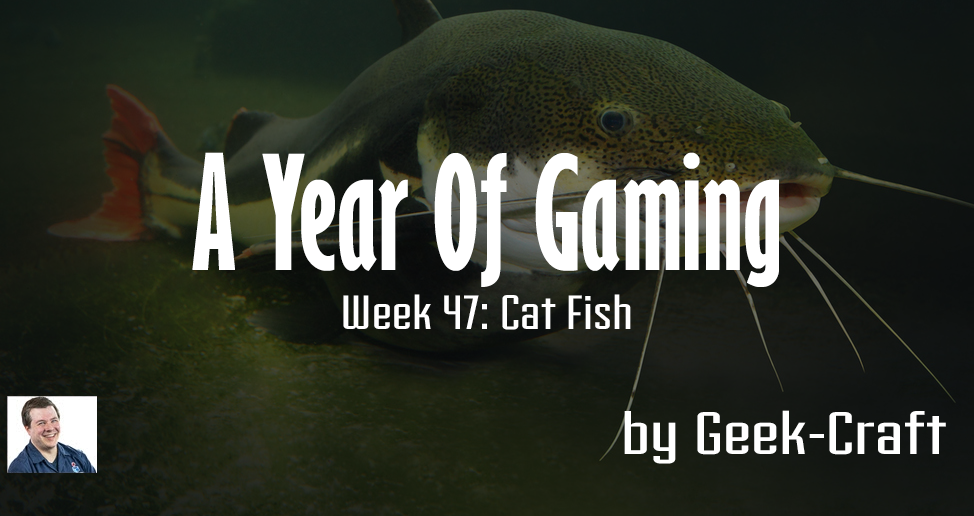 This article references the time between November 16th and November 22nd, 2020.

I’m trying to get to 40 different games played on BoardGameArena, so I have been trying out games on there that I haven’t so far. Fleet worked well, but I did terribly at it. Of course, I haven’t played since 2013, which helps explain that a little. I hope. I also played Marrakech, which is a lovely little game about laying down rugs. I have the physical version, and while I think that’s better just for the tiny rugs, the digital version worked pretty well too. Last, we did Kingdomino with 7×7 grids, which I haven’t played in a while. I do enjoy that game and want to play it more on BGA.

I also did some 7 Wonders Duel with Michael, which was a good time. I also tried out his latest game design which is based on gerrymandering and districts. I helped him get a very basic nanDECK script together to make the cards for this game, which you can see here:

We did the first of three scenarios in the Star Wars: Unlock! box and it was a good time. I still think I prefer the puzzles in Exit, but Unlock does offer some fun stories.

Finally, I did a solo run of Mass Transit, and overall it’s fine. I don’t see a personal need to have it, but I would try playing it more, especially non-solo.

One of the local stores started their Black Friday sales, so I stopped in and picked up The Isle of Cats, Pipeline, and Tiny Towns: Villagers. I’m a big fan of polyomino games, so Isle of Cats seems like a good fit. Pipeline is a game that I played once and really want to play more. Tiny Towns is a great simple game that feels like a roll and write despite being neither of those things. Cute little animeeples is really all it took, let’s be honest.

I also got Escape Tales: The Awakening to expand my knowledge of escape room style games. This one is much more story focused as well, running 3-5 hours long, but I’m excited to try it out.

It’s Thanksgiving week, but it’s 2020, so that means I won’t be doing much at all come Thursday. Would you like to play a game online? Chat about games? Let me know.