This week covers a game with an emoji in the name as well as a solo trick-taking game. Some weirdness this week, but it’s worth taking a look. 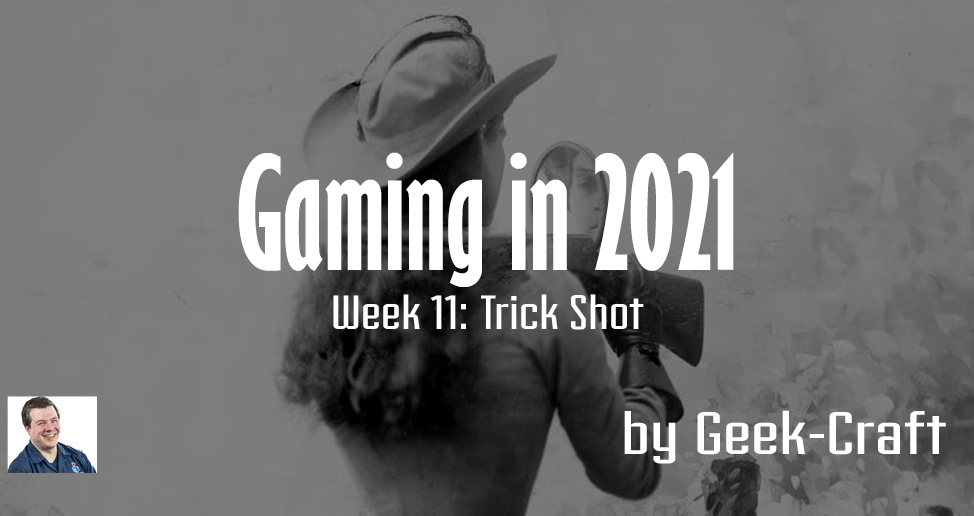 This article references the time between March 8th and March 14th, 2021.

Sam and I did some more Gin Rummy, Qwixx, and Qwixx Bonus this week. All solid games, even if she did completely destroy me in Gin Rummy 104 to 0.

I also did a play of For Northwood, a solo trick-taking game that has an online implementation. It’s quite clever and has some really solid play. I enjoyed it and look forward to the game being developed more. If you want to learn more about it, you can see more here.

I got my copy of Bullet♥︎ in the mail. I’m super excited to play it and I look forward to trying the solo modes in the game. I went for the deluxe edition, and the wooden bullet tokens are chunky and nice. I’m going to be working on some deluxe bags to make available to folks that are a little nicer than the ones that come in the game.

There have been a lot of social media posts about one aspect of this game, and I’d like to weigh in a little. One of the playtesters is a known abuser and has harmed a number of people, and they were included in the playtest credits. Level 99 has made a statement, but I wanted to cover some of the good aspects of the game. The game features an all-female cast without any salacious art. The characters are all different and fun to play. The game offers cooperative, competitive, and solo modes of play and works well for a variety of playgroups. I do not want to diminish the bad that one person has done, but they had a very limited role in this game and were only involved before the abuse was exposed. I want to recognize the bad, but also celebrate the good that is done in this game.

We have reopened the Etsy store. I want to get a few things added to the store, including my Santa Monica insert and my accessories for The Crew. I also want to know if there are other games out there that people want inserts or accessories designed for. Maybe better pieces for a game. If you have something you’d like to chat about, please reach out.