Inventory Management: The First Step Is Admitting You Have A Problem

My name is Ken, and I have a gaming problem – how do you manage a collection that is larger than what most game stores have? How do you track expansions? Promos? Foreign editions of games? …what do you mean too many games??? 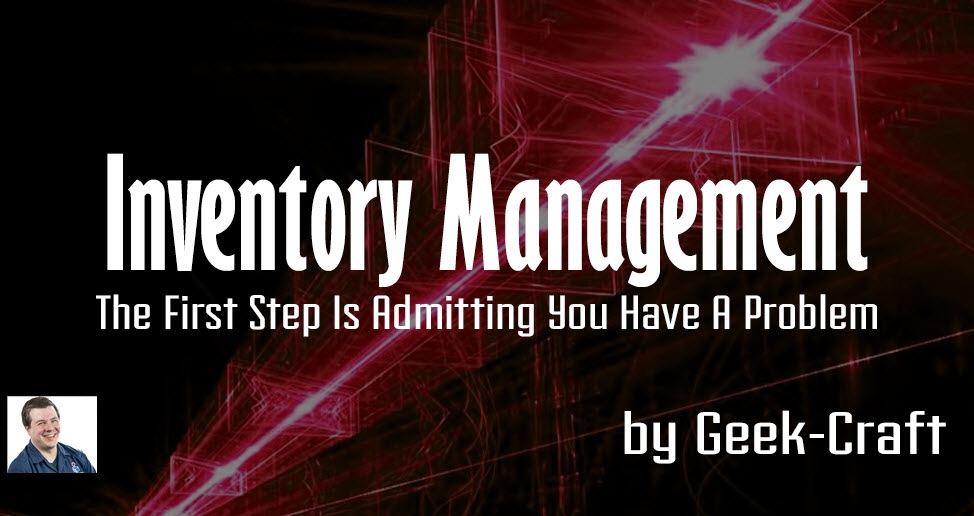 I’m a data nerd – I love number crunching. I play in Excel for fun. It’s just something I enjoy. I also enjoy board games, and my collection has become its own data source, but keeping track of everything and managing the collection can be a lot of work.

I used to inventory once a year. This involved pulling every game off of the shelves and working with my wife to check off the games in a spreadsheet. I would dump the games marked as owned from BoardGameGeek and then she would put an X next to the game as I called them out. That worked fine, but anytime there was more than just the base game in the box, things got weird. Expansions, promos, or paired games are frequently in a single box. Let’s say you own 7 Wonders. Great game, plays a wide range of players, fair number of expansions and promos. In the core box, I have:

Now, I would have to go into the box, check for each thing (knowing what they are), and read them off. Finding a single promo card can be a pain. Do that for a game with this many cards, and it’s a real chore. Of course, moving all of those games in the first place isn’t easy either.

I kept thinking there has to be a better way. I work in IT, and being able to tie items together would help with that – check a single game box one time, noting what is contained within it, and storing that information in some application would make future checking easier. Of course, that still requires a lot of manual work – moving the games down from the shelves, moving them back, reading them off, etc.

I help run my FLGS’s flea market and last year, I picked up a barcode scanner with the intent to speed up that fairly manual process, and it worked pretty well overall. Being able to just click a trigger button and get data (with the appropriate backend in place) made things way easier. So now using barcodes made sense, except not all games that I own have barcodes – sometimes it is a game that came in a bag or a cardboard sleeve. Promos don’t have barcodes, which might make that problematic as well. It also meant I’d have to scan in all of the barcodes and link them to the games instead of using my own data, and I didn’t have a source of data for that. I came to the conclusion that using my own barcode system would be best – this way I could customize the process and have each barcode have what I wanted. I opted for removable labels so that if I do sell a game or need to update or replace a label, I can do that without damaging the game. I also went with labels that are compatible with our thermal printer, which means no worries about waiting for the label to dry or running out of ink.

The final piece of the puzzle was to dump my BoardGameGeek collection and load it into Google Sheets. The full inventory process would be done in three steps. Step 1 is to create the listing of all of the games to be labelled. Step 2 is to go through and inventory and label all of the games, noting which expansions and promos were contained in a given box. Step 3 is to scan the barcode and log that the box is checked in the inventory.

You can see that Google sheet here. It’s not perfect, and I had to do a bit of manual work to get it where I needed it to be. I set up each label to be a barcode starting with “K-” and ending with eight digits. This would help me recognize if I accidentally scanned the wrong barcode. The number is the game ID number from BoardGameGeek, which I’m using anyway, so their data made sense. So for 7 Wonders, the label will look like this: 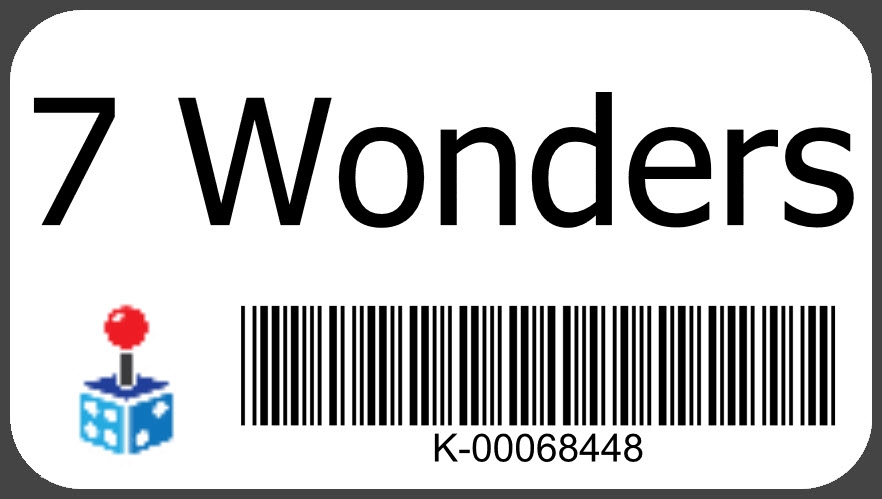 The Geek-Craft logo is clear in the final product.

I’ll be able to use my barcode scanner, dump this data into a Google sheet and compare the list of “Games I think I have” against “Games I currently own.” This won’t update the backend, of course, but this will be far faster and easier than manually moving and checking everything. I’ll be able to just set up the barcode scanner and go game by game, shelf by shelf.

It’s far from a perfect solution, but for me, I think it’ll do the job. Of course, I also know that I’m not the only person who likes playing with data and looking at tables. If you have any ideas for how to potentially better this system, I’d love to hear them.