It’s been a quiet week again, but we played a game and backed an upcoming Kickstarter. 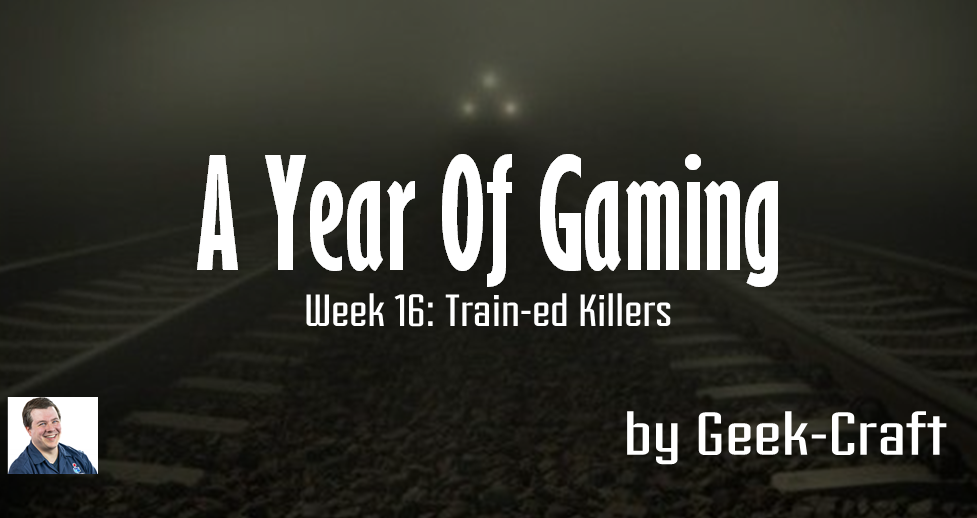 This article references the time between April 13th  and April 19th, 2020.

Only one play this week – Traintopia. It’s a very cute tile laying game with some drafting elements. While I can’t say every game will go this way, with two players for our first time, it was a little strange. There are a number of tiles in the game and only a small number of them have stations on them. However, we didn’t know this up front and the first round or two had a lot of station tiles. This lead to us thinking stations would be common the rest of the game – which very much skewed the perception and strategies. It felt a little strange lining up tiles either fully or halfway, which led to some problematic late game tile placements for me. I’m also impressed by how the game handles the tile count with fewer players, keeping most tiles in play. That all being said, Sam and I both enjoyed our first play and can see how the strategy will build now that we have more accurate expectations.

Nothing new to add to the collection this week. That being said, I am backing Final Girl on Kickstarter. I love solo games and the modular system of character, killer, and location will offer a lot of replayability. I also really enjoy the Hostage Negotiator system, which this builds upon. It’s a one player game only, but it looks like a great entry into that market. It’s a little pricey if you’re a completionist, but if solo games interest you or you enjoy the idea of horror movies turned into games, check out the Kickstarter project.

A surprise to no one, no events this week.