I scream, you scream, we all scream for pie! – A Pie Factory Preview

Chris Kirkman from Dice Hate Me Games recently did a contest for players to create games using 54 cards. Bryan Fischer, a friend of mine designed a game around making pie and Chris’ contest inspired him to re-think his design. Now Pie Factory is up on Kickstarter along with five other card games. Is Pie Factory worthy of a blue ribbon or is it bland? 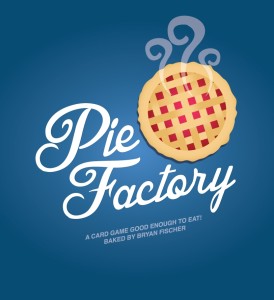 Pie Factory is a 2-4 player game where players are competing to gain a promotion by earning the most money through making pies. Each player builds their own pies over a series of turns where they’ll draft cards, play cards, and box pies to gain points. You can learn all about how to play with this handy Learn to Play video that Open the Box Games and I did.

At the core, Pie Factory is a little bit push your luck, a little bit hand management, and a little bit screw your neighbor. The strategy at first seems very simple: Build pies worth points and score them. But after a few rounds, it changes to manipulating the assembly line to your benefit, holding on to cards you could play now in hopes of playing them later, and counting cards. It’s still not a complex or complicated game, but there is more strategy there than it first seems. 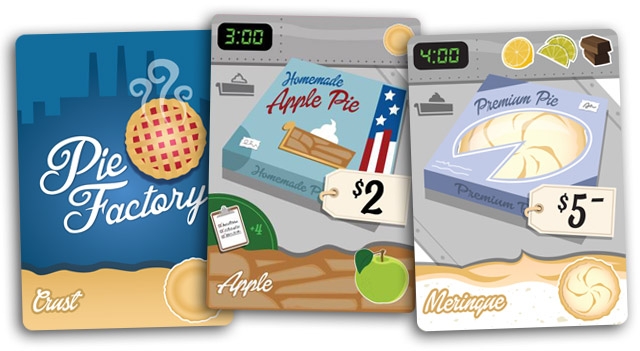 Pie Factory is a light game that is great to play with gamers and non-gamers alike. It’s approachable without being too simple and is quick enough to play there’s always room for a second slice. I really enjoyed it and can’t wait to play it with the real art on the cards.

Go check out Pie Factory and the rest of the Rabbit games that Dice Hate Me Games has up on Kickstarter now.