As much as I love long and intense games, I also really enjoy short games that are quick to learn and play. Patrick at Crash Games has a game on Kickstarter called Council of Verona. It’s based on Romeo and Juliet, and is the first in the Pub Series of games. 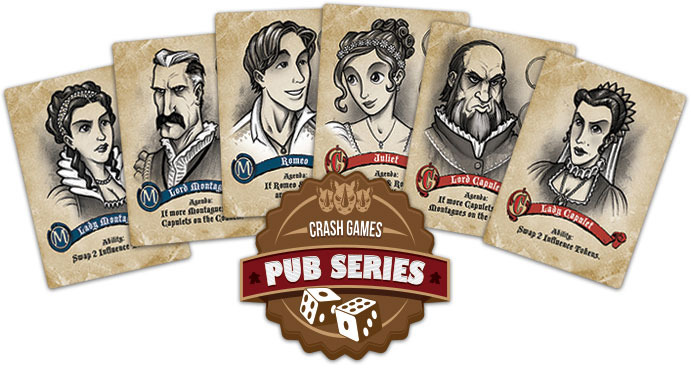 Council of Verona is a very small game, much like Love Letter by AEG. The game is composed of thirteen cards, three to four influence markers per person, and a rulesheet. However, the game play is a very different from that of Love Letter, which is mostly a deduction style game. In Council of Verona, you’ll start with a random card from the stack (assuming three or four players), then the first player is handed the rest of the cards, selects one and passes them around in draft format. When the final player is handed two cards, they get to keep one and the other is discarded facedown. Once this is done, the first player plays a card into the Council or the Exile areas.

Cards represent different characters from the story, and have either an Ability or an Agenda. If it is a character with an Ability, the player gets the option to use it. If the character has an Agenda, it will describe the conditions that are needed in order for players to gain points from it. It will also have three Influence Areas for where Influence Markers should be placed. The player is then allowed to place a token on any character card that has an open Agenda spot. The tokens in a three or four player game are marked with 0, 3, and 5. If the Agenda on the character card is successful, the tokens are worth their values in points. The different Influence areas can also have modifiers that apply if the card scores, like +1 or -1. This continues until all character cards have been played. 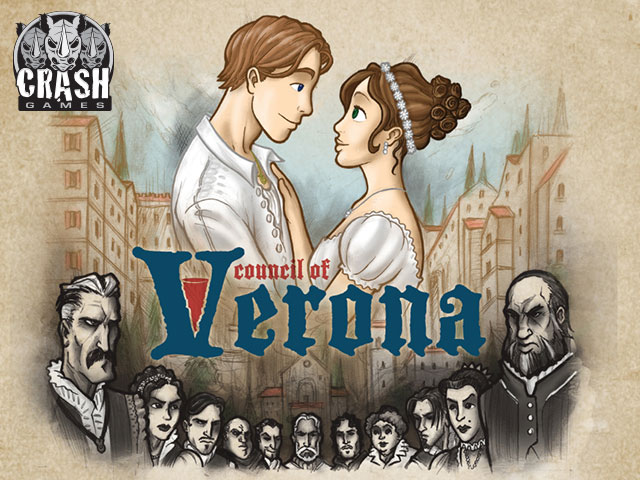 It’s a very quick game to pick up, but there is a fair amount of subtle strategy. Remembering which cards are in the deck the first go-around helps you determine what players are holding. The cards that go missing between your drafts helps to tell you which cards the other players are after. Using the 0 token can make someone think that you have certain cards to complete goals, but in reality you’re just trying to trick them.

My one issue with the game is that if the last player has a character with an Ability, it can really mess up the other players. However, the cards being passed around are known, so there shouldn’t be a huge surprise as to which cards are left. Also, the game is so quick to play that I would suggest doing multiple games, where each player gets to be the last player to play in a round. This helps balance any potential extra strength the last player has.

I really enjoy playing the game, and you can see it up on Kickstarter now. It has about five days left to go, and you can get this great mini-game for only $12 shipped in the United States, or $22 shipped anywhere in the world. Click the image below and check out the campaign! 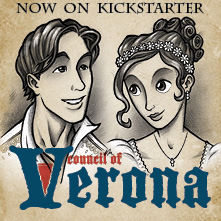