The Good, the Bad, and the Geeky – Spurs Review

I’ve been playing games for a while, and there aren’t many games set in the wild west that make you experience the theme. Spurs: A Tale in the Old West is a game that is looking to change that with various missions and character abilities. 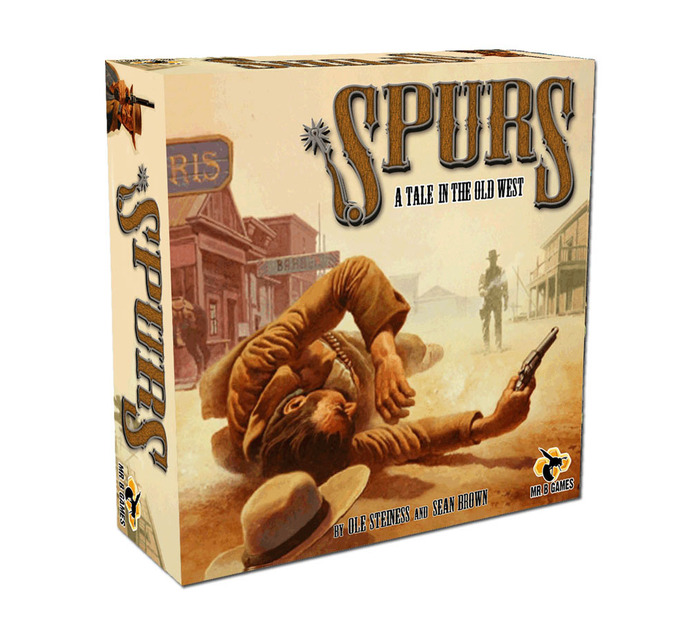 Sean Brown contacted me to playtest Spurs. When I first opened it up, I was concerned at the amount of things going on in the game. Cattle rustling, horse breaking, desperadoes, various items, and missions in one game seemed like a lot going on. With up to 6 players, it seemed even more busy. I read through the rules and once I started playing, it all clicked together wonderfully. 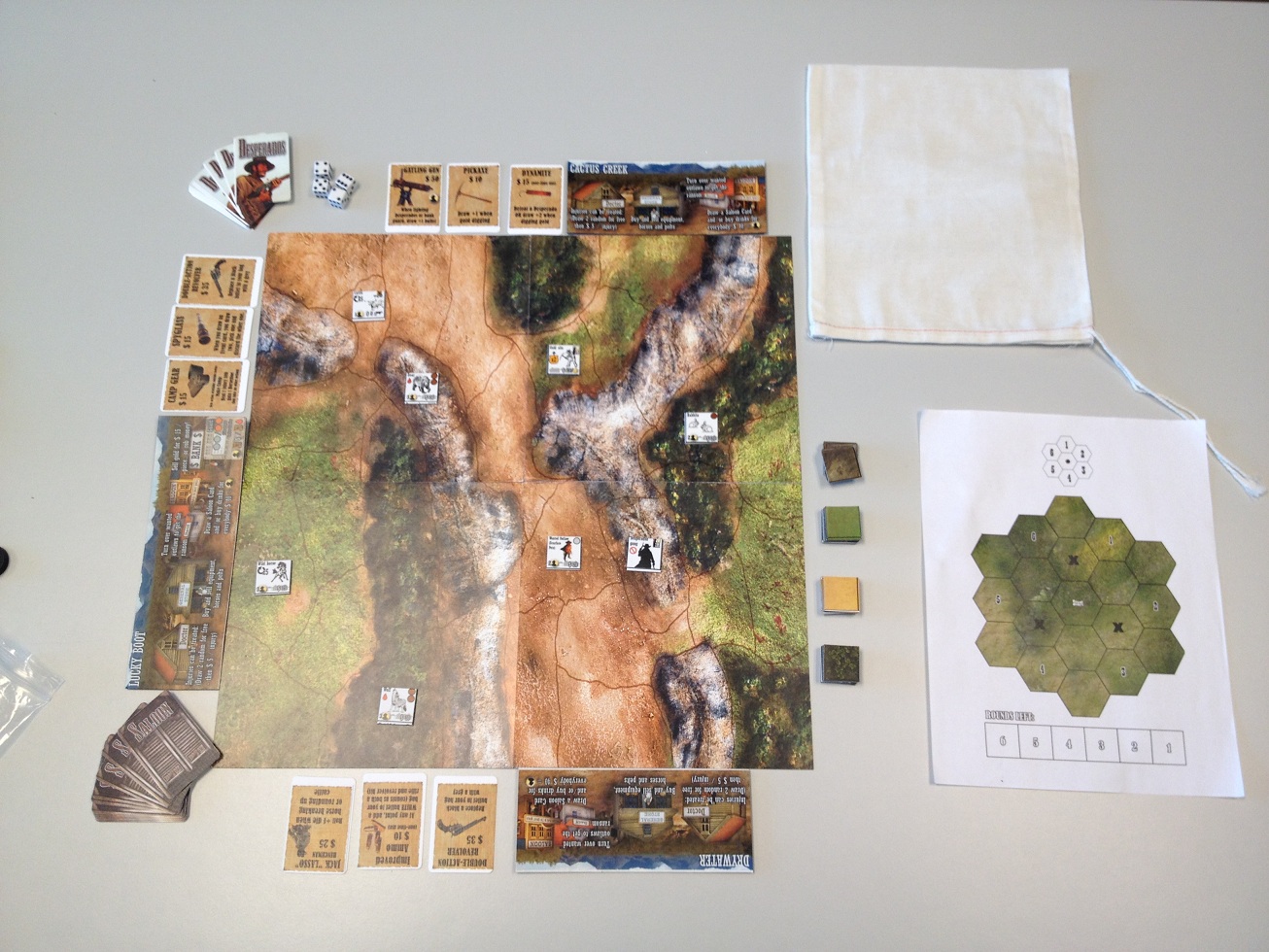 The board is laid out with three towns around it and eight missions are placed into appropriate regions on the board. Players then select their starting space. On each player’s turn, they roll dice for movement, selecting the highest die rolled, and can move up to that many spaces, keeping movement penalties in mind. For example, going over the mountains costs an extra two movement.

When a player reaches a mission token, they can take on that mission. These include fighting desperadoes, digging for gold, hunting wild animals, breaking horses, and other events. The events are clear and understandable as to the risk and the reward of each. Some characters in the game get bonuses in some situations, which helps the players strategize over which event to attempt. The game has a variable length and increasing the length of the game doesn’t change the gameplay much at all. 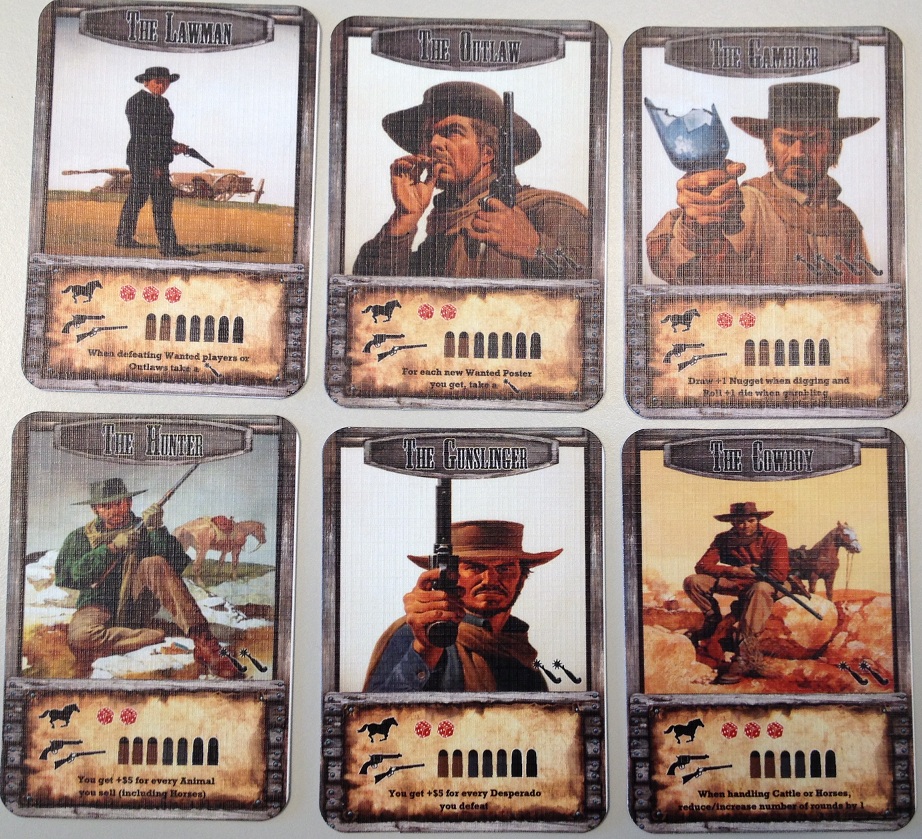 While this was a prototype, I could clearly feel the theme when I played the game. To refer to the game as a sort of board game adaptation of Red Dead Redemption is not far from the truth. The players have a variety of missions to gain fame, can be lawful or wanted, and can develop skills as the game is played. Over several games I tried a few different strategies, depending on my character’s abilities and the missions available on the board. The game felt new and different each time. The number of players can also increase replayability of this game, as more players means more fighting over the available missions.

Spurs: A Tale in the Old West is up on Kickstarter now. The game is a very thematic, yet strategic game that is a big hit with my gaming group.