I love board gaming, but I hate that if I want to take more than a couple of games with me to a store to demo or on vacation, I have to use several bags. I’ve actually taken to using a rolling duffel bag loaded with games in their boxes, but I saw what I think is a great idea on Kickstarter. The Keep is a method of packing up the important stuff from your games, like the boards and pieces, and leaving the boxes behind. 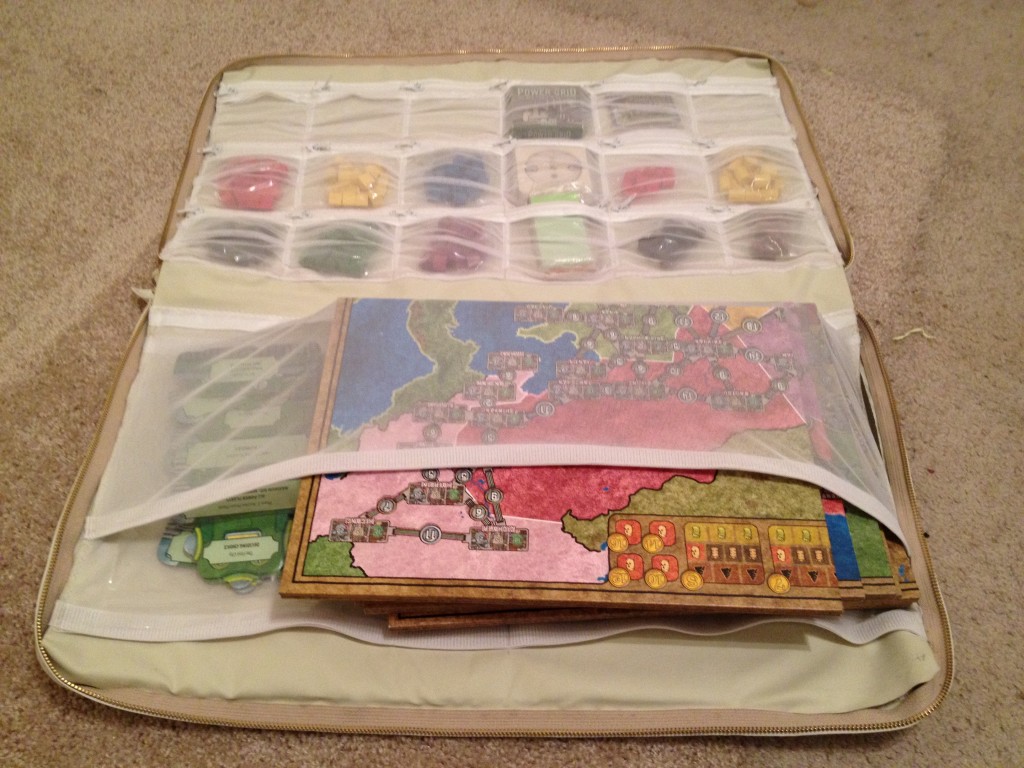 Power Grid with many expansion maps in a Great Chamber. 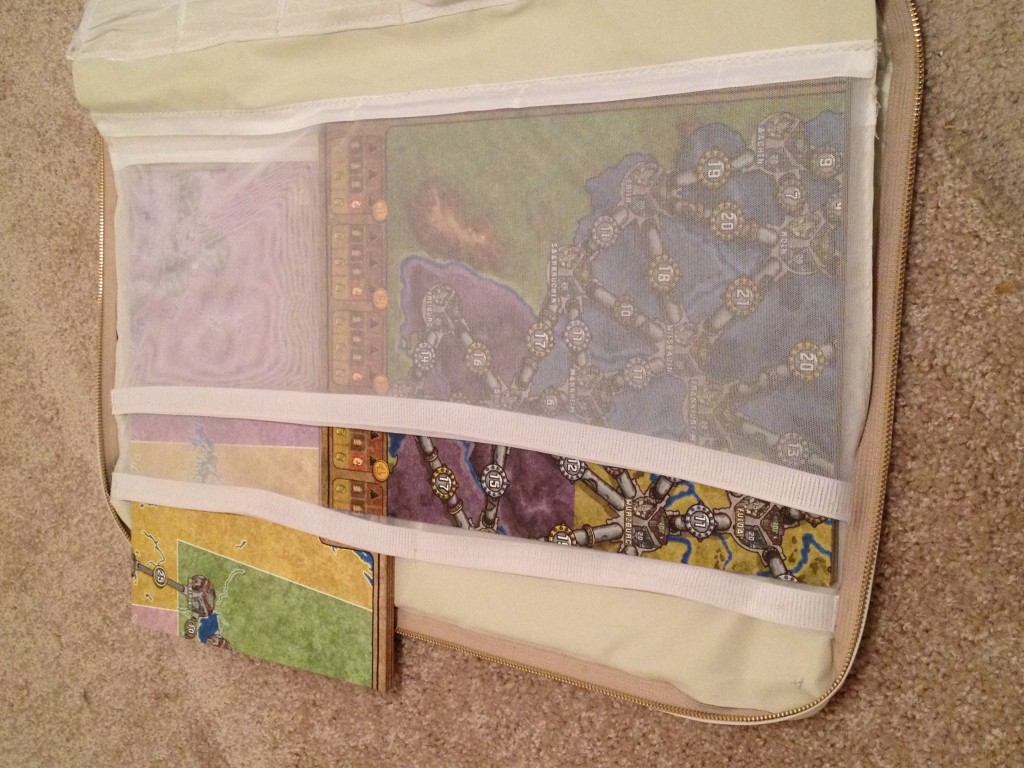 Power Grid maps to help give an idea of size

Having had the Great Chamber for about a week, I can say it works well. One Great Chamber is actually large enough to hold all of my Power Grid maps, and the small zipper pockets work well to hold the plant cards and wooden bits for the game. In the prototype I got, it had 18 small mesh pockets, which worked well for holding the small parts for games, but the cards were a little big for the pockets. The money that comes with the game is also a little too tall for the pockets, but I see what Robert is going for. 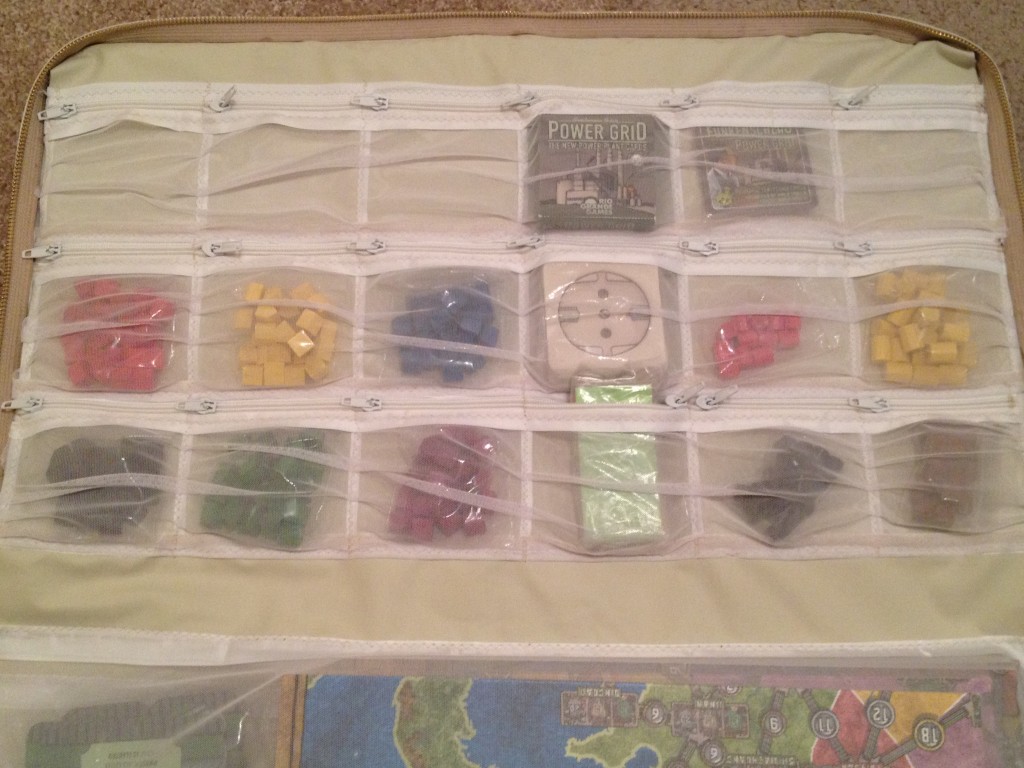 Many pockets for holding a variety of pieces and parts

Keeping in mind that this is a very early prototype, here are my issues and benefits of the Great Chamber.

I’ve expressed my concerns to Robert, who assures me that all of these were things already planned on being changed. Overall, I love this idea and can’t wait to get my hands on one. The current Kickstarter campaign is getting close to the end, and while this run may not get funded, there is consideration of breaking the project down into smaller pieces. If you like the looks of any of the components, you should give The Keep a look.