While at Origins, I got to meet Chris Zinsli, better known on Twitter as @CardboardEdison. It was a rocky introduction, but he introduced me to Tessen, a game he and his wife designed, and offered to let me play it later that night at the UnPub area. 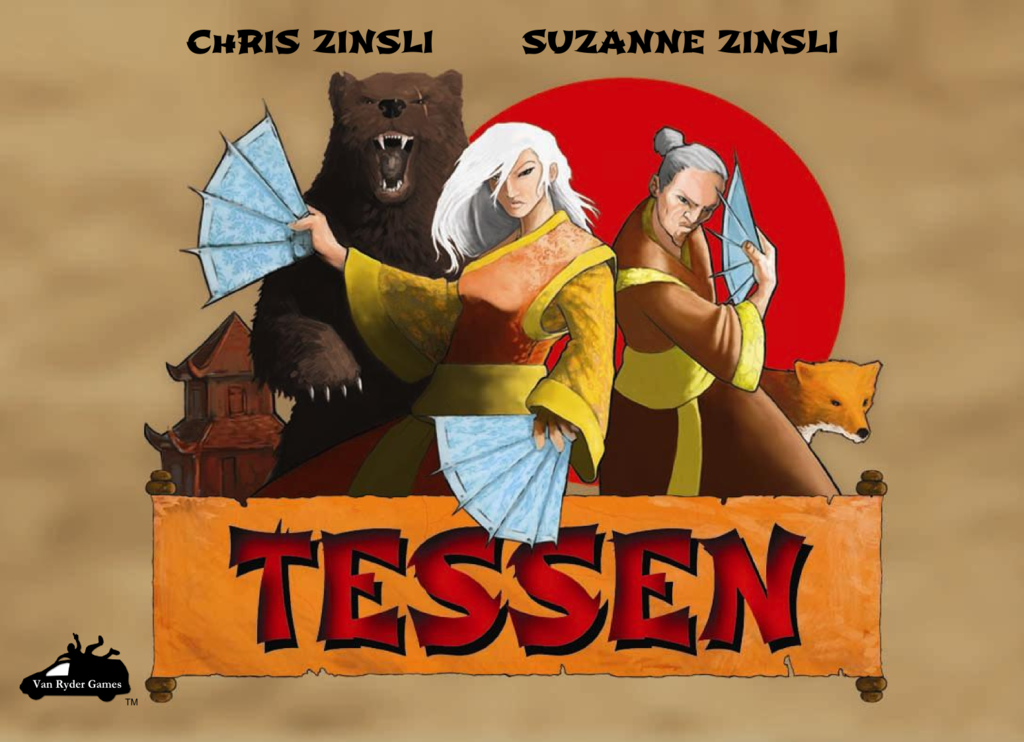 At its heart, Tessen is a combination of a speed game and a set collection game. There are two decks that are the same for each player. Both have four copies each of eight animals, as well as nine regular warriors and one super warrior. The winner of the game is whomever has more animals in their saved pile. Animals are played into one of five piles during the game, but are not automatically worth points. If a pile has three or more of an animal, it can be saved to the score pile to be worth points at the end of the round. The round ends when one player has no cards left in their deck.

The warriors can be used to attack and defend these animal piles. A player can use a warrior card to attack a pile that the opponent hasn’t scored yet, attempting to add the attacked pile to their matching pile and making it worth that many more points. For example, if I have two bears and I notice my opponent has two as well, I can use a warrior card to try to add their bears to my pile, making it worth four points if I save it. If a player has a warrior in their hand when they are attacked, the player being attacked can use their warrior to defend and cancel the attack.

In the event of a successful attack, the attacking warrior remains in the opponent’s pile, blocking the playing of animals there and making it harder for that player to score animals. Once blocked, a pile can only be cleared of an opponent’s warrior by discarding a warrior from your hand.

Super warriors are special and can only be blocked by the other player’s super warrior. If the attack is successful, any warrior can clear the pile and allow animals to be played there again. 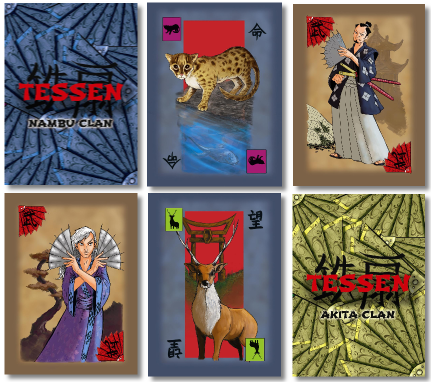 Unlike most games, there are no turns in Tessen. Each player is drawing and playing cards as quickly as they can, but Chris and Suzanne have set up a great balance of chaos and strategy. During the first game, most players seem to focus entirely on their own area, ignoring their opponent’s area. The second game usually helps change this, and by the third game, both players will be going as fast as they can, but still making strategic decisions along the way.

I think Tessen is a great filler game that doesn’t feel like a filler game. It’s also something that many gamers should take with them to restaurants or any other place where they have a few minutes and want to play a game. When I got to play the prototype at Origins, I wanted to take it home. Now the art has been improved and two mini expansions have been added. The old art was very classically styled, but the new art is also very nice, and works well for colorblind players. I think that this is a great game, and I’ll be backing it on day one. In the time it took you to read this review, you could have played a round of Tessen. You should give the project preview a look and consider backing it.

Update: The project is live! Get to clicking and backing this great game! 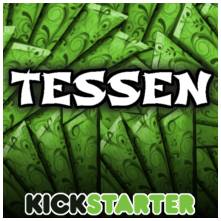