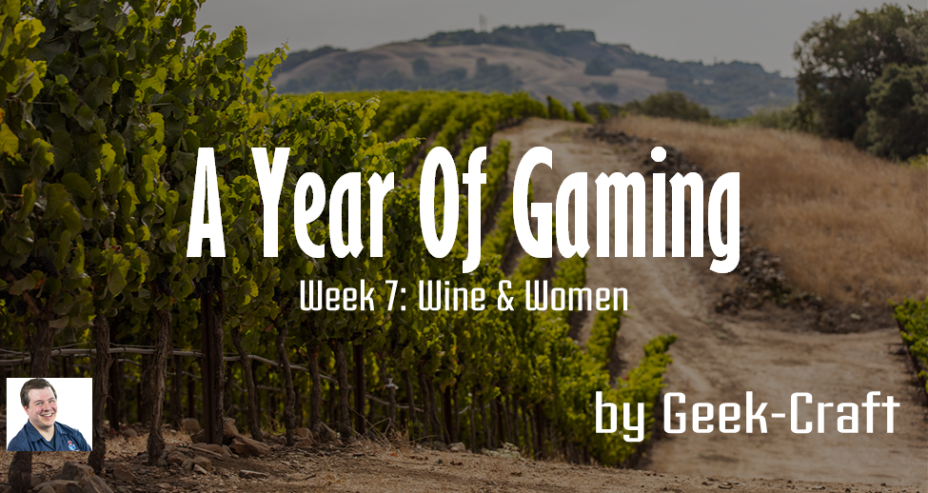 This article references the time between February 10th and February 16th, 2020.

This week had a smaller number of plays, but some new titles and some fun and unfun games. The Crew is back, you’re so surprised, I can tell. The Deadlies arrived and I have to say, I really enjoy the game play. I worry that there’s a bit of win-more, where once a person starts doing well, they’ll keep doing well, but I’ve enjoyed both plays and certainly want to try it with more players. Three-Dragon Ante also hit the table again, this time with four players. It’s fun, but may be a bit too chaotic for regular rotation. More Medium and Roll to the Top! were played, as was Qwixx, a personal favorite.

One of the new games played for the week were La Viña, a game with some Tokaido like movement, but with some interesting set collection and timing mechanics. I enjoyed demoing it, but I’m not sure it’ll stick in the collection for long – There are just other games that I think would hit the table first.

The other new game was Madame, the final scenario in the Time Stories White Cycle. I certainly don’t want to give any spoilers, but I must admit that I’m rather disappointed with the way the scenario played, the effect on the overall story, and how it left my group feeling at the end. I did pick up the start of the Blue Cycle, but I’m now wondering how that will end.

Only one thing added to the collection this week: the latest Mythos pack for Arkham Horror LCG. Not that I wasn’t considering other things, such as Wavelength, but overall I’ve been enjoying playing the games that I have. I suppose that’s a good thing, given the size of the collection.

Overall, a quiet week, which may be for the best. I had my 5 year anniversary with my wife and getting to spend some time relaxing with her made it a very nice week.